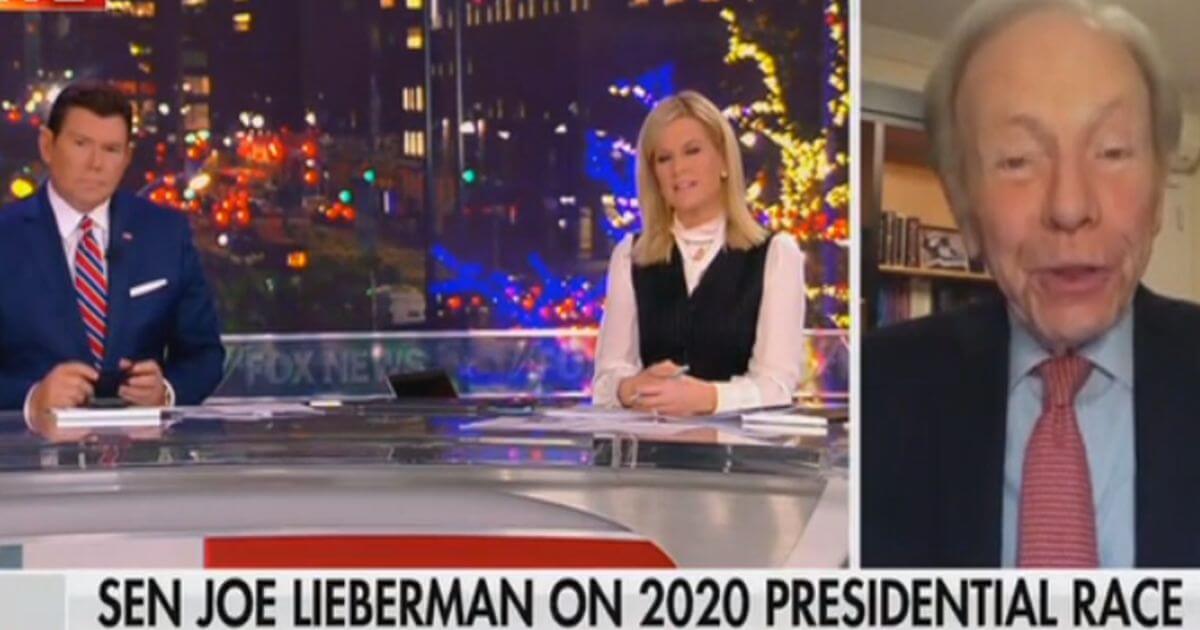 During an interview tonight with Bret Baier and Martha McCallum senior Democrat Joe Lieberman broke with his party on the issue of lawsuits, saying that the election is “so close in so many states, that the Trump campaign has a right to take his case to the courts.”

“This is unprecedented, both the number of mail-in ballots, presumably because of the pandemic if people didn’t want to go out to vote, but also because of the staggered and inconsistent counting of votes,” Lieberman said.

“Look, yesterday’s election was a lot closer than most of the ‘experts,’ including the pollsters, thought it would be,” he added. “So you’ve got to give two things. One is, you got to give President Trump credit for that, he has a very loyal following.”

“And the second is, it showed how deeply divided the country is. The third is, it was so close in so many states, that the Trump campaign has a right to take his case to the courts. But as I say, at some point, it’s got to end if they don’t win in the courts, for the good of the country.”

Lieberman is right. Trump has a right to challenge what is going on in court.

Rev. Franklin Graham Responds to Alleged Efforts To ‘Steal’ the Election by ‘the Enemies of God’