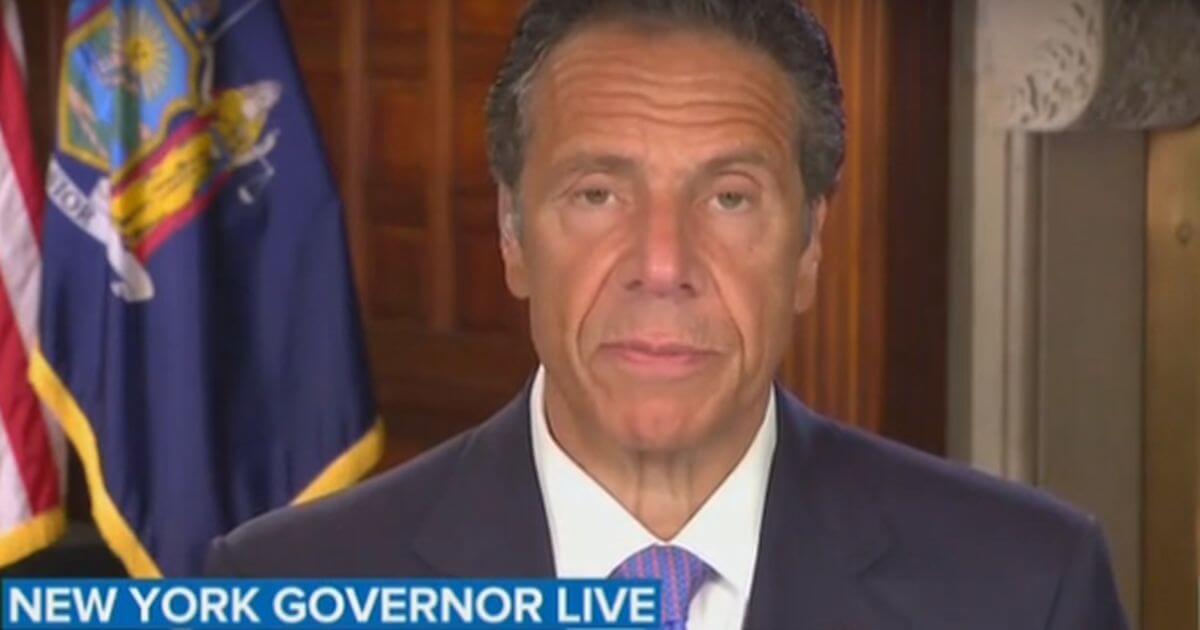 Last week, a top aide to New York Gov. Andrew Cuomo admitted that the administration had covered up nursing home deaths due to COVID-19. Now, a relative of one of the victims is speaking out.

“With the stroke of Gov. Cuomo’s pen, he sentenced thousands of people like my father to death, and he sentenced us, the families, to a lifetime of heartache, anguish and pain,” Tracey Alvino told Fox News.

She said her father died from the coronavirus and that he contracted it in a rehabilitation center after receiving surgery.

In March, Cuomo signed an order requiring nursing homes to admit patients who were released from the hospital even if they were still coronavirus-positive.

The science tells us this likely caused many elderly people in a higher-risk category to contract the virus and, in some cases, die as a result.

Cuomo finally realized the error of his ways, but it took him over a month. He originally signed the order on March 25 and did not rescind it until May.

After this massive mistake, the Cuomo administration apparently noticed that this horrible policy could cause the governor great political harm. As a result, the administration decided to cover up just how deadly this mistake was.

According to the New York Post, top Cuomo aide Melissa DeRosa admitted on a video call to hiding the true number of nursing home deaths in New York for fear that it would “be used against us” by either former president Donald Trump or federal prosecutors.

She then proceeded to apologize not to the victims, but instead to Democratic lawmakers for giving the Republicans a line of attack against them.

“I do understand the position that you were put in,” she said to the Democrats on the call.

“I know that it is not fair. It was not our intention to put you in that political position with the Republicans.”

This is a clever little trick that DeRosa tried to use here. After Democrats blamed Trump for the majority of COVID-19 deaths in America, they then turned around and said that Republicans who point out actual policies leading to unnecessary deaths are the ones guilty of politicizing the virus.

In fact, Cuomo tried on Monday to paint himself as the victim. He said that the New York legislature attempting to strip his emergency powers in response to his botched nursing home response was “criminal.”

Gov. Andrew Cuomo says it is “criminal” for the New York legislature to threaten subpoenas and to rescind his emergency powers over the nursing home scandal:

“You can’t use a subpoena or the threat of investigation to leverage a person” pic.twitter.com/njrVaeSvby

Considering the fact that Cuomo’s administration covered up potential evidence that would incriminate them to federal prosecutors, it’s pretty hard to trust his criminal judgments.

It’s also hard to see Cuomo as a victim. Despite the fact that his state has suffered the second-highest coronavirus death rate in the United States, Cuomo has been praised as a hero by the establishment media.

In November, the Democratic governor received the International Emmy Founders Award for providing a “symbol of determination” with his daily coronavirus briefings. He also wrote a self-aggrandizing book called “American Crisis: Leadership Lessons from the COVID-19 Pandemic” in which he described how great of a leader he was during COVID-19.

Now that the facts are out, people like Alvino are determined to show the conditions that New York seniors really lived under in a Cuomo administration.

“The only thing that’s been worse than losing my father has been the continual disrespect that the Cuomo administration has shown us families,” she said.

As for the hiding of evidence, Alvino thinks the next step in holding Cuomo accountable is clear.

“He needs to answer for what he’s done, so we need an independent investigation.”