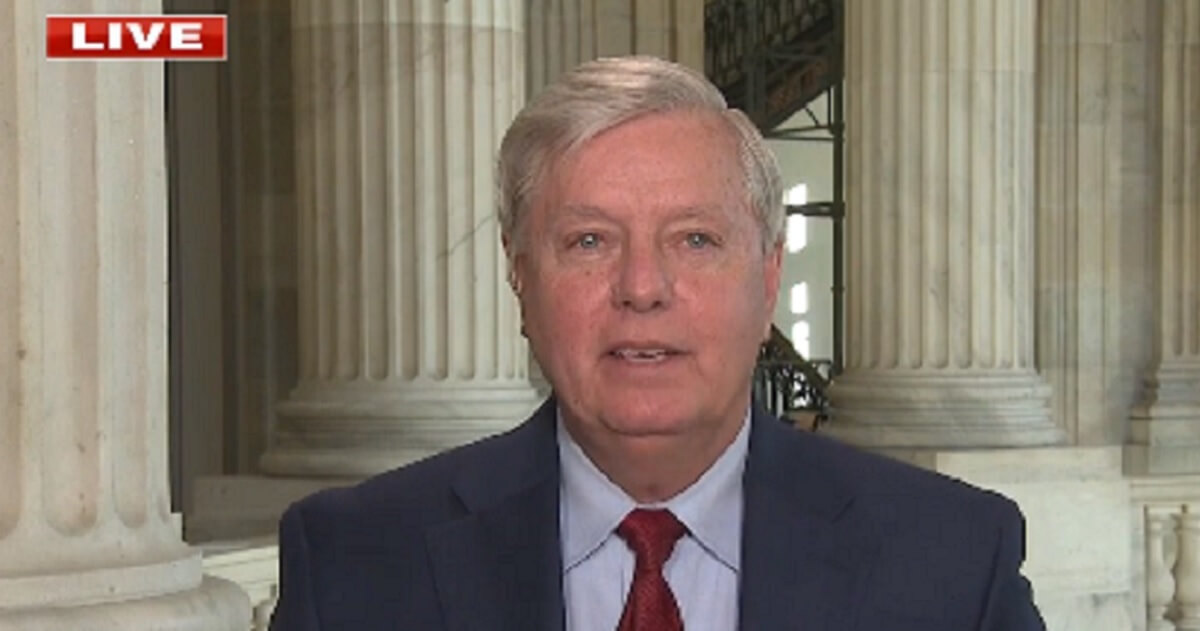 Democrats who decided to impeach then-President Donald Trump over the Jan. 6 Capitol incursion might be having second thoughts before too long, Sen. Lindsay Graham said Sunday.

In an interview with “Fox News Sunday,” the South Carolina Republican said his party could well turn the tactic on Vice President Kamala Harris if it retakes the House of Representatives in the 2022 midterms.

“I don’t know how Kamala Harris doesn’t get impeached if the Republicans take over the House, because she actually bailed out rioters, and one of the rioters went back to the streets and broke somebody’s head open,” Graham said.

“So we’ve opened Pandora’s box here, and I’m sad for the country.”

During the summer’s riots in cities across the United States, Harris actively raised money for an organization called the Minnesota Freedom Fund that bailed out rioters who were arrested.

As the Daily Caller News Foundation reported in September, those releases sometimes involved defendants whose charges were unrelated to the riots, and who were often accused of crimes that would stir up little public sympathy.

Another man had allegedly stomped on his victim’s head during a brutal robbery on May 25, the same day that suspected counterfeiter George Floyd died in Minneapolis after a police officer knelt on his neck — sparking the national rioting.

It isn’t the first time Graham has raised the specter of a Harris impeachment, nor is he the only one talking about it.

As is usually the case, Graham’s prediction Sunday got plenty of criticism on social media, but it stirred plenty of enthusiasm too.

January, 2023 will be here soon enough

republicans unfortunately wont get as dirty as dems. i wish they would and unleash the same tactics against them

In the “Fox News Sunday” interview, Graham also said the speech by Senator Minority Leader Mitch McConnell on Saturday could hurt Republicans in the 2022 elections.

In the speech, McConnell excoriated Trump while explaining the constitutional reasons McConnell would not vote to convict him.

“I think Sen. McConnell’s speech, he got a load off his chest, obviously, but unfortunately he put a load on the back of Republicans,” Graham said. “That speech you will see in 2022 campaigns.”

‘My Entire Family, My Business, My Law Firm Are Under Siege Right Now’