Mitch McConnell Admits He Wasn’t Defending Trump By Voting To Acquit Him, He Had a Different Reason 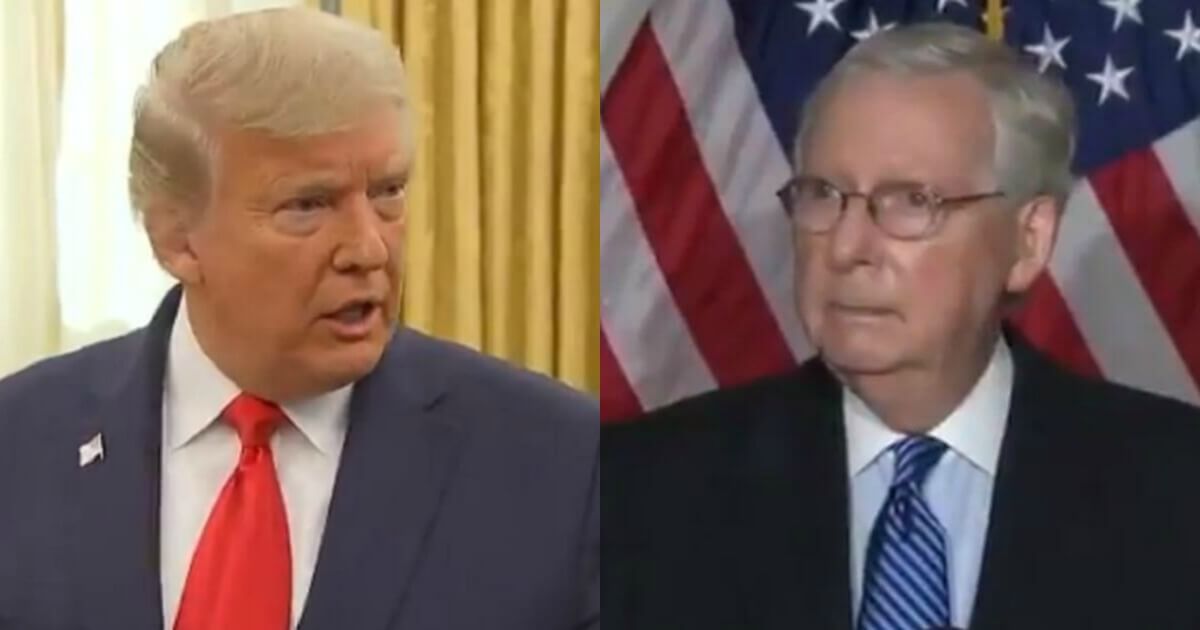 As we all know by now, former President Donald Trump easily breezed through his second Senate impeachment trial with yet another acquittal, which was nothing short of a massive win for team Trump and a huge stick in the eye for dramatic, perpetually angry Democrats.

But the trial also peeled back the layers of the allegiances and loyalties of some GOP senators who gladly rode Trump’s coattails to reelection victories but were never truly on Trump’s side, seemingly. One of those is Senate Minority Leader Mitch McConnell, who according to Fox News, revealed the true reason why he voted in favor of acquitting the president.

In a stunning op-ed he published in the Wall Street Journal on Tuesday, McConnell admitted that the only reason he voted to acquit Trump was based on Constitutional reasons, not because he was defending Trump from yet another Democrat-led, sham impeachment.

He continued the same attack against Trump that he unleashed on the Senate floor just minutes after Trump was acquitted in a 57-43 vote.

“There is no question former President Trump bears moral responsibility,” the Kentucky senator wrote, referring to Trump’s role in the “incitement” of the Jan. 6 Capitol riots, adding that Trump’s supporters rioted that day because of “unhinged falsehoods he shouted into the world’s largest megaphone.”

That’s when he claimed that he felt compelled to vote in favor of an acquittal because the U.S. Constitution guided his decision.

“But senators take our own oaths. Our job wasn’t to find some way, any way, to inflict a punishment,” McConnell wrote. “The Senate’s first and foundational duty was to protect the Constitution.”

“The House’s ‘sole power of impeachment’ and the Senate’s ‘sole power to try all impeachments’ would constitute an unlimited circular logic with no stopping point at former officers,” he continued. “Any private citizen could be disqualified. This is why one House manager had to argue the Senate possesses ‘absolute, unqualified’ jurisdiction. But nobody really accepts that.”

He went on to explain the finer details of why he believes the upper chamber lacked jurisdiction to convict an official who’s no longer in office. Of course, the jurisdictional issue was one of the most-debated issues of the entire trial, with lead House impeachment manager Jamie Raskin arguing the exact opposite.

“The instant Donald Trump ceased being the president, he exited the Senate’s jurisdiction,” McConnell asserted in his op-ed.

While the minority leader deserves some credit for following the Constitution’s guidance on the matter, the bigger issue is that, by many accounts, Trump should have never been tried in the Senate in the first place.

The entire debacle was another witch hunt, which Trump is no stranger to, but it was a massive waste of congressional time and taxpayer dollars, as every single Democrat involved knew that obtaining a conviction was virtually impossible.