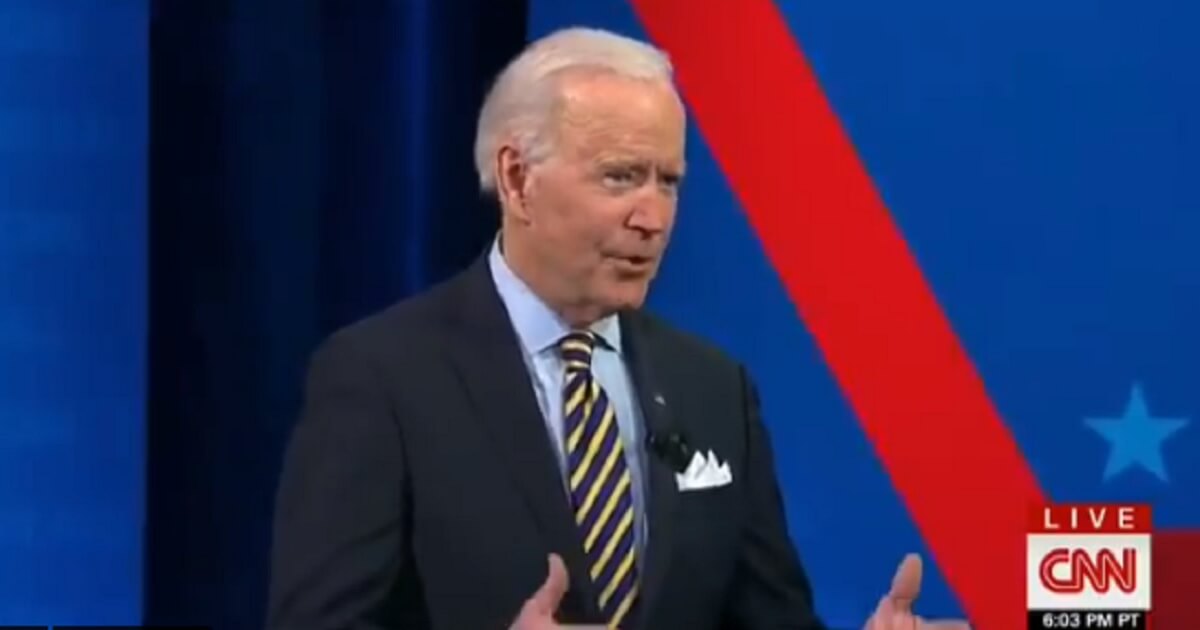 Former President Donald Trump spent a lot of his term in the White House rolling back the dangerous immigration policies passed under his predecessor’s time in office, which ultimately made America safe again, which is what he promised from the get-go.

Now that Trump is out of office, President Joe Biden and his Democratic allies are pushing forward with an immigration bill that will literally aim to pave a path for 11 million illegal immigrants to eventually gain some level of citizenship.

Undoubtedly, it will encourage floods of new illegals who want to rush the border in the false hopes of getting in on the plan, presenting untold dangers to American citizens.

But Democrats don’t seem to care about that, they just want the bill passed as soon as possible.

TRENDING: Texans in Total Disbelief as Power Bills Skyrocket Thousands of Dollars a Day After Storm

Democrats on Thursday formally introduced President Joe Biden’s sweeping immigration bill in Congress, a measure that would provide a path to U.S. citizenship for an estimated 11 million immigrants in the country illegally, but which faces long odds to passage.

The bill would greatly increase both family-based and employment-based legal immigration and allow certain previously deported immigrants to apply to return for humanitarian reasons. Key elements of the legislation were first unveiled in January.

The 353-page bill takes an aggressive pro-immigration approach. It has not received public support from Republicans, many of whom are still under the sway of former President Donald Trump, an immigration hardliner, making it unlikely that it will be enacted.

Democrats hold a majority in the House of Representatives, but the Senate is split 50-50, with Vice President Kamala Harris as the tie-breaking vote. Democrats would need to win over 10 Senate Republicans to avoid a “filibuster,” a procedural hurdle that can delay or block legislation from coming to a vote.

“We know the path forward will demand negotiations with others, but we are not going to make concessions out of the gate,” Senator Robert Menendez, who will be the lead sponsor of the bill in the Senate, said on a call with reporters. “We will never win an argument that we don’t have the courage to make.”

Menendez said he had spoken with some Republican senators who are interested in parts of the legislation, but declined to name the lawmakers. Democrats would consider any avenue to accomplish immigration reform, including using a procedural move to pass a bill in the Senate with only 51 votes, he added.

Democrats are simultaneously pushing ahead with several smaller-scale immigration bills, including a measure that would offer a path to citizenship to so-called “Dreamer” immigrants living in the United States illegally after entering as children.

“I salute the president for putting forth the legislation that he did,” House Speaker Nancy Pelosi said on Thursday during a separate news conference. “There are others that want to do piecemeal and that may be a good approach, too.”

Some Republican senators have already expressed opposition to major provisions of the Biden bill.

Representative John Katko, the top Republican on the House Homeland Security Committee, criticized the legislation in a statement on Thursday, calling it an “unserious effort” that fails to secure U.S. borders or close “loopholes” in the legal immigration system.

Folks, the next few years could be extremely worrisome if they manage to get this passed, along with everything else they plan on doing to destroy every move Trump ever made to secure the U.S. border. It’s time to pray for a miracle, at this point.