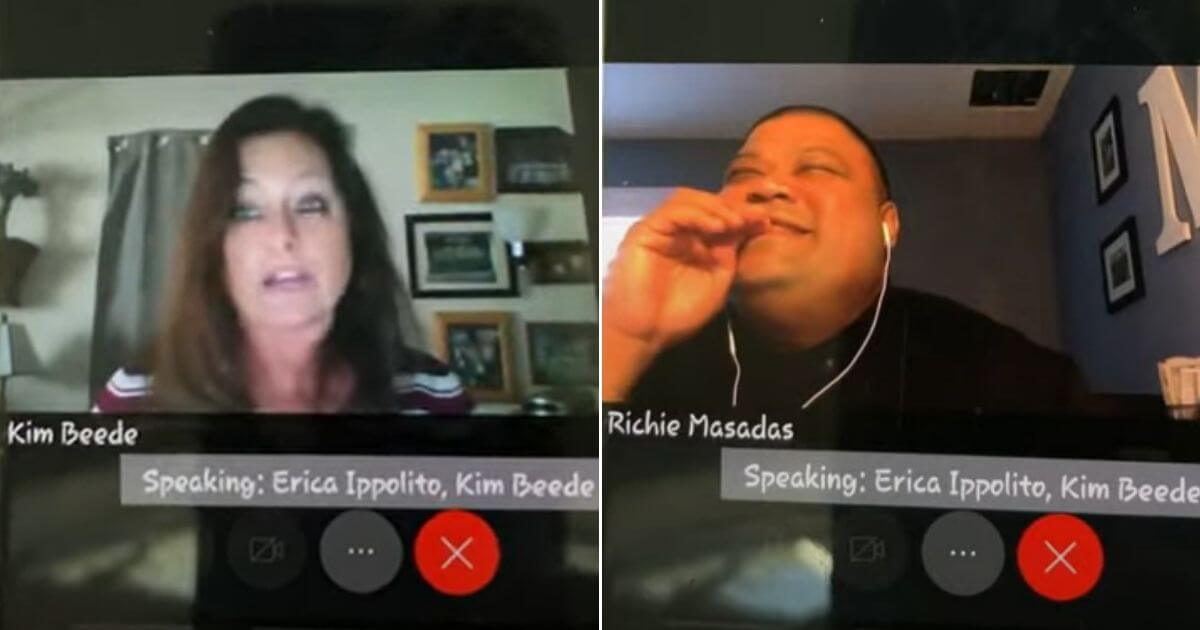 Across the nation, parents who want their kids back doing in-person learning have complained about unresponsive school boards that stonewall, dissemble and defer. Give this much, then, to members of the Oakley Union Elementary School Board in California: They let parents know exactly what they were thinking. They just didn’t know they were doing it.

According to KGO-TV, the superintendent of the school district in the Bay Area is apologizing after board members in a virtual meeting Wednesday left the cameras and microphones on after they thought it was over.

During the ensuing conversation, they complained about — and, in one case, tacitly threatened — parents who wanted their kids back in school.

In perhaps the most alarming part of the conversation, board member Kim Beede was heard discussing parents who wrote her emails or posted online imploring her to reopen schools and pondering what would happen if they said it to her face.

“Are we alone?” she asked the other board members on the Webex meeting.

“Sorry! That’s just me,” she said as other board members laughed.

Others complained about the criticism they were getting from parents, if not in such profane terms.

“They want to pick on us, they want their babysitters back,” said board president Lisa Brizendine, according to KCRA-TV.

WARNING: The following tweet and videos contain language that some viewers will find offensive.

BREAKING: Oakley, CA school board members caught on tape mocking parents who desperately need their kids back in the classroom.

Another board member implied parents wanted kids back in school so they could use pot.

“My brother had a delivery service for medical marijuana and he delivered to parents while their kids were at school,” board member Richie Masadas said to laughter.

A third board member insinuates that parents just want their kids in school so they can smoke pot during the day.

At the end of the eight-minute video, Beede realized the hot-mic mistake. “We have the meeting open to the public right now,” she said. The video cut off seconds later.

The clips drew outrage when they were circulated on social media.

“I was shocked to hear the district is representing our children this way,” parent Jennifer Cardinale told KGO.

“I thought the board members were also advocates for my child and had her best interests at heart. After last night’s incident, it really has me thinking that they don’t,” parent Ashley Stalf said.

“Last night at the Oakley Union Elementary School District Regular Board Meeting there were unfortunate and truly inappropriate comments made that were heard by many,” Greg Hetrick said in a statement. “These comments are not typical and more importantly they are not what the community should expect from our school district.”

“The comments made were not in alignment with our Vision and are definitely not what any of us stand for as leaders,” he continued. “I know that we lost trust with the community.

“I will not make excuses for what happened or why it happened. I am the superintendent. I am responsible and accountable and I am truly sorry for what took place.”

That sounds great, but Hetrick was on the call the entire time and didn’t speak up when a board member dismissed parents who wanted their kids back in school and declared, “B—-, if you are going to call me out, I am going to f— you up.” That might have been a moment that called for intervention, no matter who was watching.

“For him to sit there and not speak up, was shocking to me,” Cardinale said.

Parents were unsurprisingly upset at how they were being characterized. “We want our children to have a good education and we want our kids to learn from the best and we feel that way here in Oakley,” Cardinale said.

“My child’s teacher is amazing. I wish she were there with her teacher. To hear that we think of them as babysitters is false.”

When kids are struggling to learn and their parents have limited options, painting them as gormless druggies who want babysitters isn’t the best press you can get.

Little wonder, then, that a petition calling for the school board and Hetrick to resign already has over 4,100 signatures as of Friday morning. (Brizendine resigned as president of the board on Thursday, according to the East Bay Times.)

At least you can say this, though: Parents in Oakley got to hear a blunt, honest assessment about reopening from their school board.