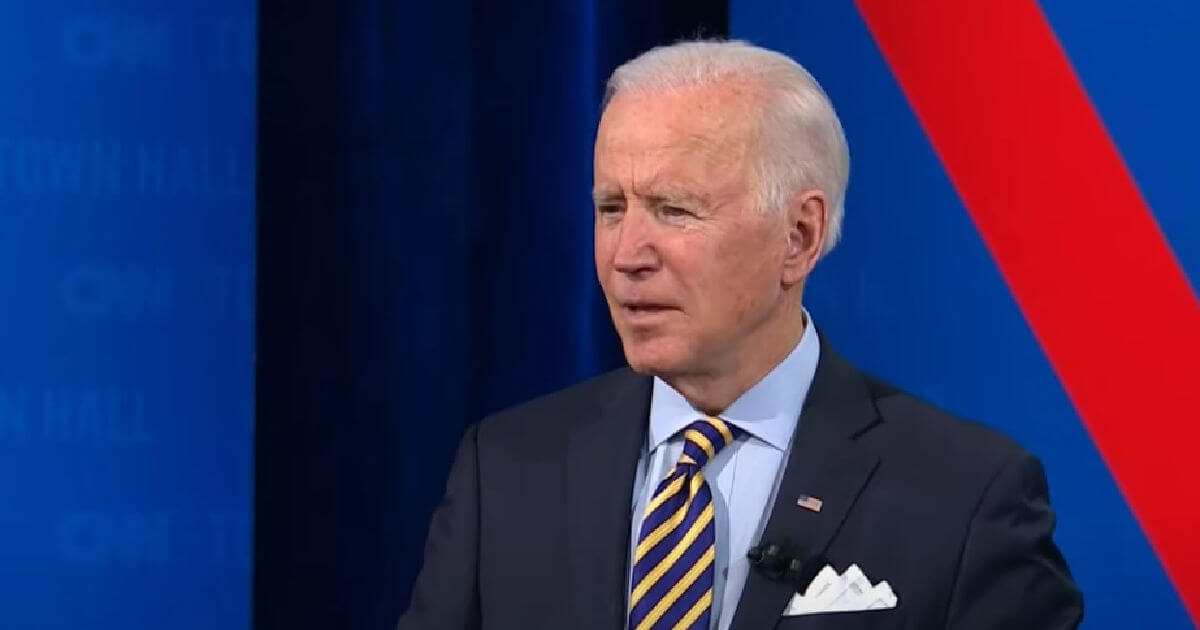 Joe Biden is faced with a major semiconductor chip shortage that has forced U.S. automakers and other manufacturers to cut production and alarmed the White House and members of Congress, administration officials said.

Biden will meet with a bipartisan group of U.S. lawmakers on Wednesday to discuss the scarcity, exacerbated by the pandemic.

The United States has been besieged by supply shortages since the onset of the pandemic, which squeezed the availability of masks, gloves and other personal protective equipment, hurting frontline workers.

The chip shortage, which in some cases is forcing automakers to take employees off production lines, is the latest example of supply bottlenecks hurting American workers.

TRENDING: Footage of Biden Claiming He Was Arrested at Capitol Raises Uncomfortable Questions for Dems

“Make no mistake, we’re not simply planning to order up reports. We are planning to take actions to close gaps as we identify them,” the administration official added.

The order will also direct six sector reviews – modeled after the process used by the Defense Department to strengthen the defense industrial base. It will be focused on the areas of defense, public health, communications technology, transportation, energy and food production.

A group of U.S. chip companies earlier this month urged Biden to provide “substantial funding for incentives for semiconductor manufacturing” as part of his economic recovery and infrastructure plans. Last summer they supported bipartisan legislation to provide “tens of billions of dollars” to help pay for chip manufacturing and research.

Do you think China will become the world’s super power?

The chip scarcity has quickly grown into a major headache for the White House.

Ford Motor Co recently said a lack of chips could cut the company’s production by up to 20% in the first quarter while General Motors said it was forced to cut output at factories in the United States, Canada and Mexico and would reassess its production plans in mid-March.

Biden has been under pressure from Republican lawmakers to do more to protect American supply chains from China by investing in domestic manufacturing of next-generation semiconductor chips.

“I strongly urge Biden administration to prioritize protecting emerging and critical technologies, like semiconductors, from the grasp of the CCP (Chinese Communist Party),” U.S. Representative Michael McCaul wrote in a recent letter to the White House from Republicans on the House of Representatives Foreign Affairs Committee.

Under the executive order, the White House will look to diversify the United States’ supply chain dependence for specific products such as rare earth minerals from China.

It will look to develop some of that production in the United States and partner with other countries in Asia and Latin America when it cannot produce such products at home, the official said.

The review will also look at limiting imports of certain materials and train U.S. workers to ramp up production at home.

Unless US manufacturing goes through significant changes with lower costs this problem will infiltrate every sector.

The Four Steps of Marxist Takeover Were Activated in 2020 -