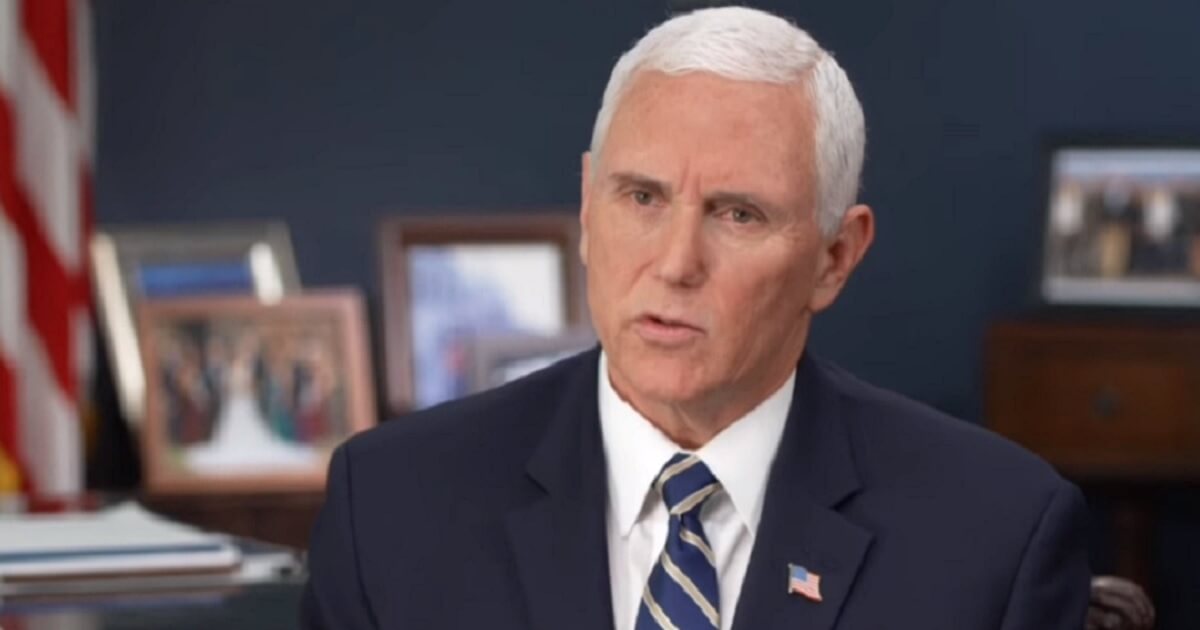 Though there are certain corners of the internet and many in the mainstream media who would like you to believe that former President Donald Trump and former Vice President Mike Pence are on the outs, it doesn’t seem to be true.

As a matter of fact, Pence is even expected to launch an organization soon that will tout the successes of the Trump-Pence White House, which will play a role in bringing the party back together and reminding Republican voters how badly America needs Trump again.

But in the meantime, as was evidenced at a recent meeting with Republican lawmakers, Pence had nothing but the highest praise for his former boss, according to the Washington Examiner. There was even a strong hint that the two are still very much in friendly communication with each other.

“He spoke very favorably about his relationship with President Trump,” Rep. Jim Banks said of the meeting. “I got the sense they speak often and maintain the same personal friendship and relationship now that they have for four years.”

The group of Republicans talked about various issues facing the party in the near future, with a focus on the 2022 midterms and how Pence and Trump will play a role in firing up the base to get out and vote like they’ve never voted before.

“He talked about how in 2009, the new Democrat President, Democrat House, Democrat Senate — how similar that moment was to this moment,” Banks said. “A massive spending deal Democrats pushed in 2009 that overreached, every single [House] Republican voted against in 2009. That sure looks like the $1.9 trillion bill that’s on the floor this week.”

Banks doubled down, suggesting that Pence feels the 2022 midterms are reminiscent to the 2010 wall of red that washed over Congress, thanks mostly to the Tea Party movement at the time.

“The more Democrats overreach, the more likely we are going to have a 2010 type midterm to win back the majority. He sort of senses the similarity in that moment to this moment.”

Do you think Pence will run for president in 2024?

Though Pence recently declined an invitation to this week’s kick-off of the 2021 CPAC, the former president will make his first public appearance as he speaks at the popular conservative conference on Sunday.

Trump is expected to reveal details about how he’ll be helping Republicans win in 2022 and, if we’re lucky, he’ll give us a better sense of whether or not he’s considering a run for the 2024 election.

The 45th president is also expected to completely trash President Joe Biden’s disastrous undoing of a number of border policies that kept America safe during Trump’s time in office.