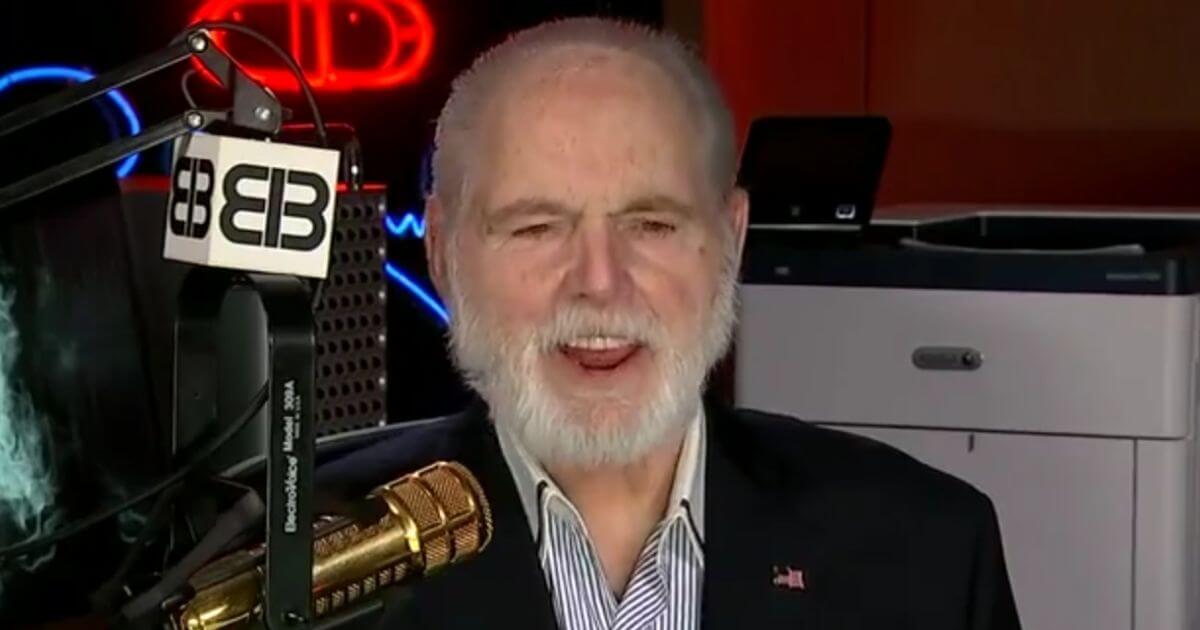 Conservative broadcasting legend Rush Limbaugh will be honored this weekend at the Conservative Political Action Conference days after he died of cancer at the age of 70.

Limbaugh will be enshrined in the American Conservative Union’s Conservative Hall of Fame — the first individual to be so honored, according to a Fox News report Wednesday.

When the ACU launched the Hall of Fame in 2018, the National Rifle Association was its first inductee.

On Saturday night at CPAC, during the Ronald Reagan Dinner, Limbaugh’s life and legacy will be celebrated with a video tribute. His longtime producer, Bo Snerdley, is expected to be in attendance, according to Fox News.

Rush Limbaugh to be honored at CPAC, inducted into Conservative Hall of Famehttps://t.co/KkpM9KzMu7

TRENDING: Footage of Biden Claiming He Was Arrested at Capitol Raises Uncomfortable Questions for Dems

ACU chairman Matt Schlapp said Limbaugh was a major figure in the 21st-century rebirth of the conservative movement when the talk radio icon spoke at the 2009 CPAC.

“The fact that that speech stands alone as this very important moment for CPAC and for conservativism is somehow appropriate,” Schlapp said.

“He told us what being a conservative is in his language that we got so used to. He told the country what motivates us, he captured [it] in that fly-over country, Midwestern language,” Schlapp said. “I think a lot of people watched it again over the course of the last several days since his passing.”

CPAC is being held in Orlando, Florida. Former President Donald Trump will be making his first major post-White House address at the conference on Sunday.

The ACU reposted Limbaugh’s 2009 speech on YouTube after his death Feb. 17.

“We conservatives have not done a good enough job of just laying out basically who we are because we make the mistake of assuming that people know. What they know is largely incorrect based on the way we are portrayed in pop culture, in the drive-by media, by the Democrat Party,” he said then.

“Let me tell you who we conservatives are: We love people. When we look out over the United States of America, when we are anywhere, when we see a group of people, such as this or anywhere, we see Americans. We see human beings. We don’t see groups. We don’t see victims. We don’t see people we want to exploit. What we see — what we see is potential,” he said.

Limbaugh said that the average American “can be the best he or she wants to be if certain things are just removed from their path, like onerous taxes, regulations and too much government.”

The conservative icon explained how America’s founding documents define the greatness of the nation.

“We want every American to be the best he or she chooses to be,” he told the CPAC crowd. “We recognize, we recognize that we are all individuals. We love and revere our founding documents, the Constitution and the Declaration of Independence. We believe that the preamble to the Constitution contains an inarguable truth that we are all endowed by our creator with certain inalienable rights, among them life, liberty, freedom and the pursuit of happiness.

“Now, those of you watching at home may wonder why this is being applauded. We conservatives think all three are under assault.”

That line led to a standing ovation.

“We don’t want to tell anybody how to live,” Limbaugh continued. “That’s up to you. If you want to make the best of yourself, feel free. If you want to ruin your life, we’ll try to stop it … but it’s a waste. We look over the country as it is today, we see so much waste, human potential that’s been destroyed by 50 years of a welfare state, by a failed war on poverty.

“We love the people of this country. And we want this to be the greatest country it can be, but we do understand, as people created and endowed by our creator, we’re all individuals.”

“I would not go all in and risk everything I have—everything!—I haven’t been able to see my grandkids—I’m in physical danger!”…“I will lose $65 Million this year alone” [VIDEO] -

Leftist Facebook CENSORS Video Of Democrat Lawmaker Putting Up Transgender Flag For "Hate Speech"...Quickly Restores And Is Forced To Beg For Forgiveness