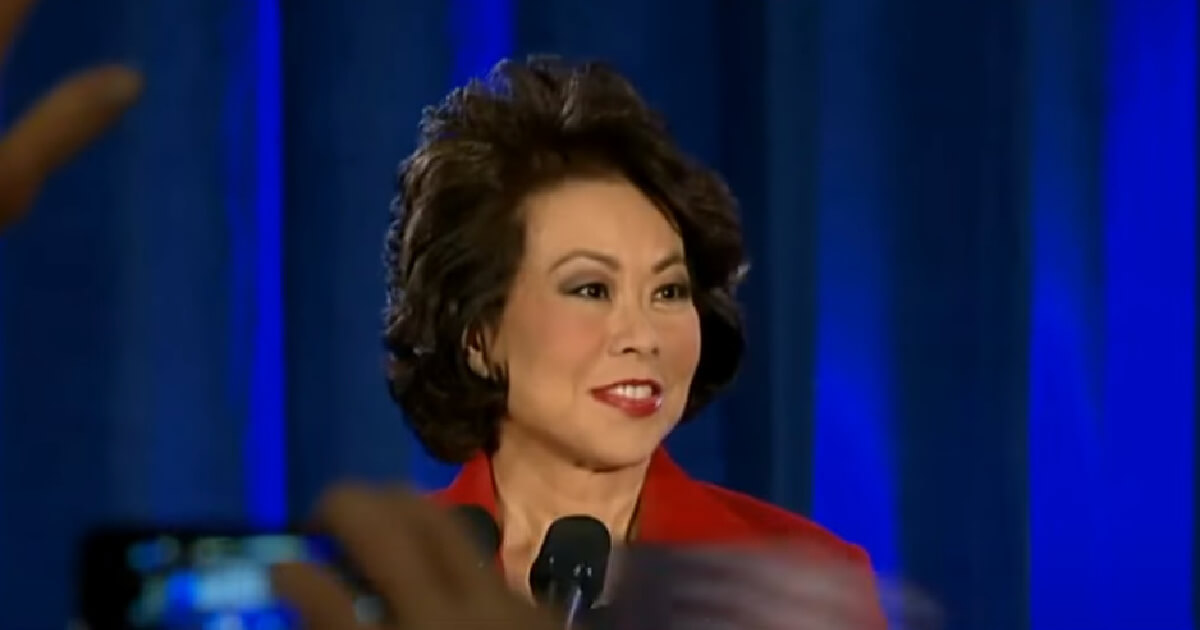 Elaine Chao is the wife of disgraced Senator Mitch McConnell (R-KY). McConnell famously strongarmed Chao’s way into the Transportation Secretary position under the Trump administration even though her family provided a clear conflict of interest. Her father runs one of the CCP’s largest shipping companies, and she held a considerable stake in Vulcan Materials, a company that produces stone and asphalt.

Mrs. Chao came under investigation by the U.S. Department of Transportation Office of Inspector General after Rep. DeFazio, along with multiple news reports inquiring about a possible conflict of interest. The report states that concerns were raised about “Secretary Chao’s meeting with local officials from Kentucky and the role of former Chief of Staff Todd Inman with respect to Federal grants benefiting Kentucky.”

There were also concerns “regarding Secretary Chao’s actions relating to her family’s shipping business as well as her financial holdings in Vulcan Materials.” The letter stated that prior to receiving the inquest by Rep. DeFazio into the matter, the U.S.DOT Inspector General’s office “had opened a preliminary review covering similar matters related to Secretary Chao.”

The report states that then-Secretary Chao raised alarms after her office “asked to have Chao family members from the Foremost Group participate in official events during a planned official trip to China in 2o17 that was later canceled.” Secretary Chao’s office released a statement to the Inspector General, essentially apologizing for the ethics violation.

The office let her off with a slap on the wrist. So far, if you’re keeping count, McConnell’s wife had three ethics investigations into her term… which only lasted four years. So far, all three violations – keep in mind what the punishment would be if this were Donald Trump – ended with a finger wag and a pat on the head.

The line is repeated throughout the report even though there is plenty of evidence to the contrary, “we did not pursue this matter further.” Do they really want us to believe that her preferential treatment from the Inspector General’s office had nothing to do with her husband being one of the most powerful men in Washington D.C.?

And when a report stating the findings of an official review which held that Secretary Chao misused the power of her office for personal gain were sent to the U.S. Attorney’s Office for the District of Columbia and the U.S. Department of Justice Public Integrity Section at the end of 2020, both agencies “declined prosecution.”

You are witnessing the embodiment of the swamp taking care of their own. Secretary Chao should have never made it into the position due to her family’s connection to the CCP. During Chao’s time as Transportation Secretary, America’s shipping industry declined while China’s shipping grew, including her family’s company.