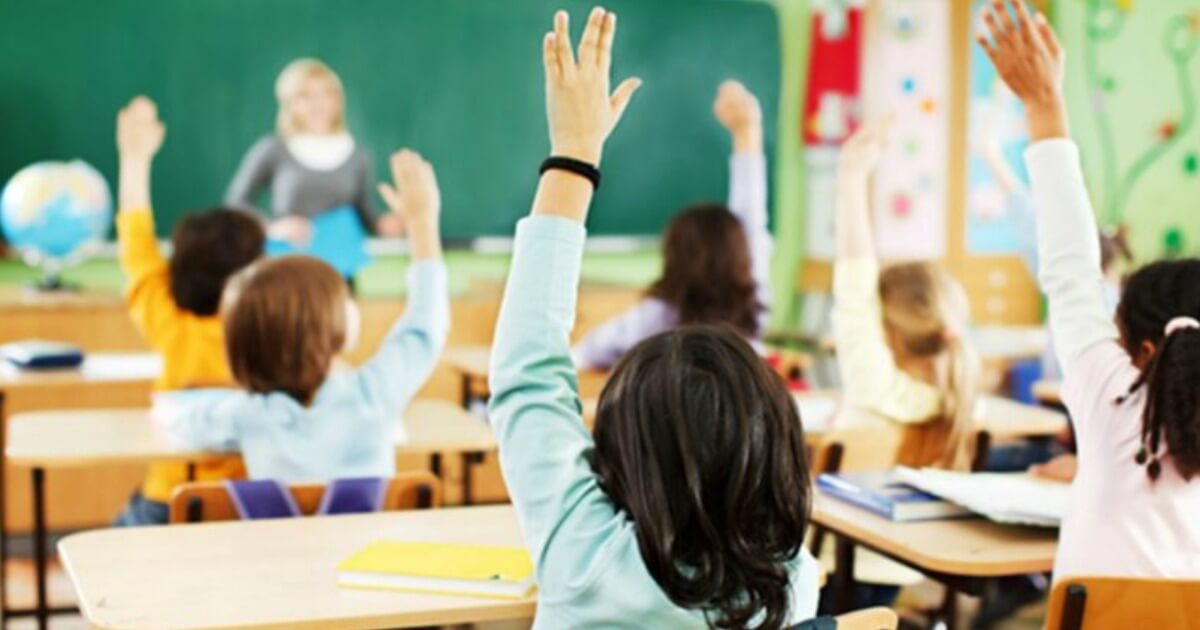 Middle school choir class should be about teaching children to read music, to develop posture and breathing techniques to improve vocal performance and to polish their ensemble singing.

But not in enlightened St. Paul, Minnesota.

There – near the epicenter of last summer’s BLM riots, where woke leftists looted, committed arson and destroyed private property in the same of “social justice” – young children at Sunrise Park Middle School are instead being indoctrinated by a choir teacher with radical critical race theory ideas.

According to The Blaze, the instructor, Odelis Anderson, opened a recent class with the following note:

The students then were asked to self-classify themselves as members either of “privileged groups” or victimized “targeted groups.”

According to lesson plan documents that the school district verified were authentic, the “privileged groups” consisted of “individuals who are white, male, Christian, heterosexual, and were born in the United States,” The Blaze reported.

Pretty much everyone else fell into the “targeted groups” category. This included those who are “any ethnicity besides white, who are female, who are Muslim or have any religious affiliation besides Christianity, identify as LGBT, and were not born in the United States.”

The students were then given a list of five types of oppression — racism, sexism, religious oppression, heterosexism and xenophobia — and told to pick the ones that applied to them.

Classes like this based on critical race theory have regrettably become a common feature of educational curricula throughout the country.

CRT teaches that America is infected with systemic racism and that all white people play a part in perpetuating it.

Put differently, CRT teaches racism against white people and anyone else who is deemed to fall into an “oppressor” category.

In a Sept. 17 speech at the National Archives, then-President Donald Trump aptly described CRT as “a Marxist holding that America is a wicked and racist nation … and that our entire society must be radically transformed. Critical race theory is being forced into our children’s schools, it’s being imposed into workplace trainings and it’s being deployed to rip apart friends, neighbors and families.”

He further described it as a “toxic propaganda,” “ideological poison” and “a form of child abuse” that will “destroy our country.”

“If the Ku Klux Klan sponsored a public school curriculum that stated, ‘whites deserve to have the power and privilege’ and ‘black culture is inherently violent’ — a simple transposition of critical race theory’s basic tenets — would [CRT proponents] jump to the Klan’s defense? They would not — and for good reason. Racism, from the Right or from the Left, is wrong.”

Teaching CRT in public schools is constitutionally indefensible, as well. Under the 14th Amendment, states and school districts have an obligation to prevent the creation of a learning environment that promotes hostility toward a certain race or sex.

On her LinkedIn profile, the choir teacher who gave the CRT lesson at Sunrise Park Middle School claims that she “strive[s] to create culturally responsive learning communities that value diversity.”

It’s hard to see how this can be so if she’s teaching children to make sweeping racial stereotypes, urging them to embrace collective guilt and brainwashing them to resent their peers.

Attention-Seeker Eric Swalwell Just Filed a Lawsuit Against Trump, Giuliani And Others Over Capitol Riots

If Loving Freedom Makes Me a Neanderthal, Count Me As One