Even After Five Women Accuse Him Of Sexual Harassment, Gov. Cuomo Says: ‘No Way I Resign’ 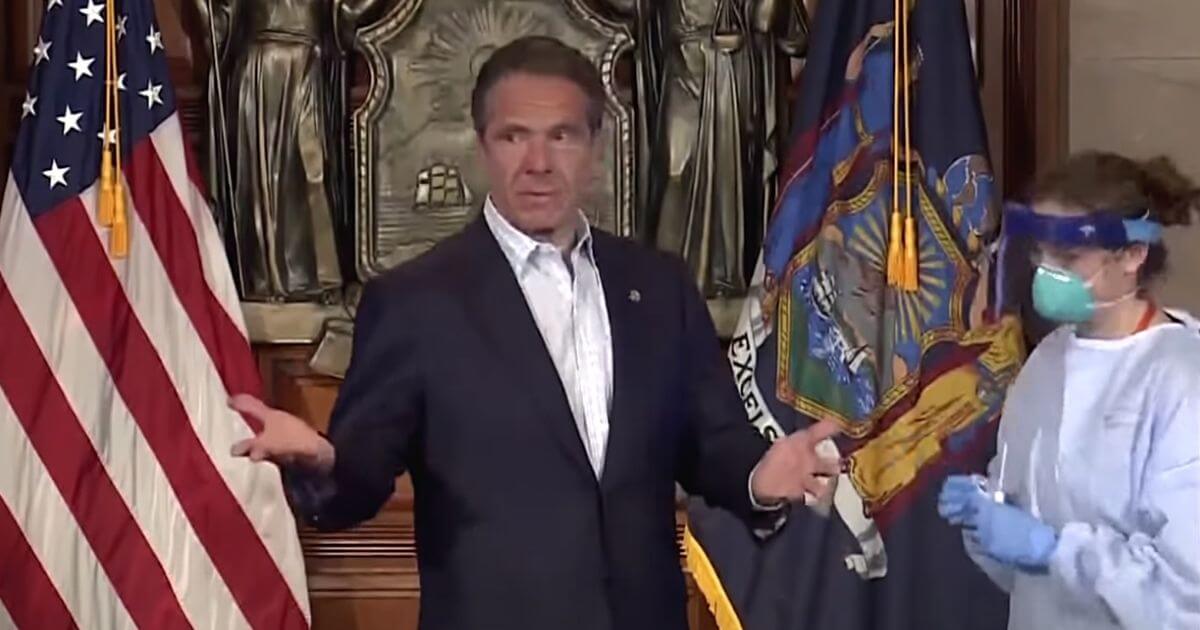 Over the weekend, the “body count” of accusers claiming New York Gov. Andrew Cuomo sexually harassed them increased to a staggering five women.

But Cuomo seems to have quite the Teflon coating. Even after five women — four of whom previously worked for him — came out against him with a wide variety of allegations, from touching to inappropriate questions, Cuomo made it crystal clear over the weekend that he’s not leaving, which he confirmed to reporters on Sunday, according to The Hill.

Later on, in the press briefing, Cuomo doubled down.

“I was elected by the people of the state. I wasn’t elected by politicians. I’m not going to resign because of allegations,” he said.

That doesn’t mean the pressure isn’t continuing to mount, though.

New York State Senate Majority Leader Andrea Stewart-Cousins dropped a bombshell on the governor over the weekend, demanding that he step down in the face of so many women accusing him of wrongdoing, adding a reminder about the COVID-19 nursing home death scandal to top it off.

“We have allegations about sexual harassment, a toxic work environment, the loss of credibility surrounding the Covid-19 nursing home data and questions about the construction of a major infrastructure project,” Stewart-Cousins said.

Do you think Governor Cuomo should resign?

“New York is still in the midst of this pandemic and is still facing the societal, health and economic impacts of it. We need to govern without daily distraction. For the good of the state Gov. Cuomo must resign.”

Another high-ranking state Democrat, Deputy Majority Leader Michael Gianaris, echoed that statement, calling on the governor to step down.

The governor has already attempted to apologize — if you can even call it that — for being insensitive in the workplace, even going as far as justifying his behavior by saying that hugging, touching and kissing people is his traditional Italian way of greeting people.

Only time will tell if Cuomo buckles under the pressure. Due process is definitely something he, like anyone else, deserves, but when in a position of power and multiple people are making similar investigations, the distractions become far too great for him to continue carrying out his duties as the elected governor of New York.

Lists Him As 'Greatest Radio Host Of All Time'