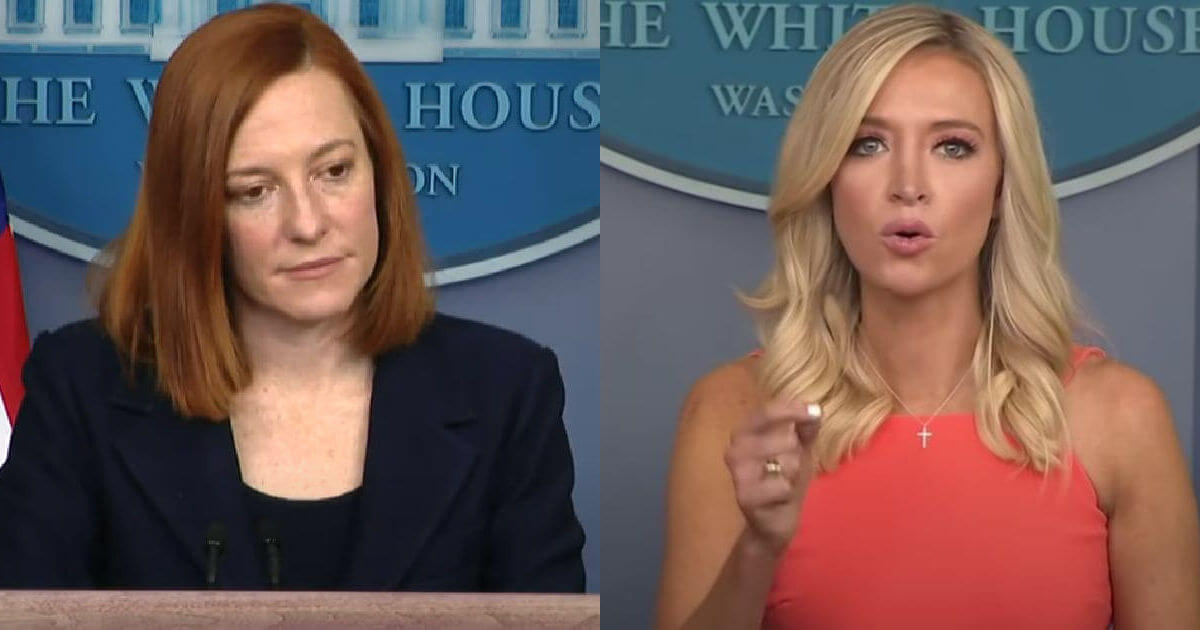 By now, we all know that White House press secretary Jen Psaki is at the skill level equivalent of minor league baseball compared to former press secretary Kayleigh McEnany’s major league status. It’s really no comparison and that’s not a knock against Psaki — it’s just the simple truth.

Though there were rumors of McEnany signaling a future deal with Fox News upon her departure from former President Donald Trump’s administration, the deal was finally made official this week when host Harris Faulkner announced on her show that she wanted to welcome McEnany to the “Fox Family.”

Though it’s unclear exactly how prominent McEnany will be on the network starting out, given she’s reportedly a “contributor,” with her skill level and overwhelming fan base thanks to her rockstar days in the Trump administration, Fox News would be foolish not to put her on the air as much as possible — perhaps even a primetime show of her own.

Having said that, according to The Hill, Psaki was asked this week whether she’s be okay with facing McEnany in an interview, should the time ever arise. The two briefly worked together at CNN in years past and Psaki recounted that while the two have very obvious political differences, she’d be “happy” to interview with her predecessor.

“I will say that I knew [McEnany] a little bit, not well,” Psaki added. “I met her when we were both CNN contributors, and we did a few shows — I’m not sure how many — together. Like many Americans, we disagree on political issues, but we talked about our families, our spouses, sports, all sorts of things in the green room, and I certainly wish her the best in her future endeavors.”

While I’ll absolutely give credit to Psaki for being cordial and classy about the matter, let’s not beat around the bush — I’m probably not alone in saying that I would pay good money to see Psaki take questions from McEnany at this point.

The two couldn’t possibly be any further apart in communication skill level and at this point and McEnany would have a little more leeway in interviewing someone like Psaki as she won’t have to mind her P’s and Q’s now that she’s not in the White House.

McEnany, once she was appointed to the position of Trump’s press secretary in 2020, gained almost overnight legend-status as she battled the anti-Trump mainstream media reporters like nobody else who held the position prior. Sarah Huckabee Sanders was really good, no doubt, but McEnany had a way of dealing with the press that remains unmatched.

Do you think Biden is doing a good job so far?

We wish McEnany luck in her new endeavor at Fox News and genuinely hope to see more of her in the future.