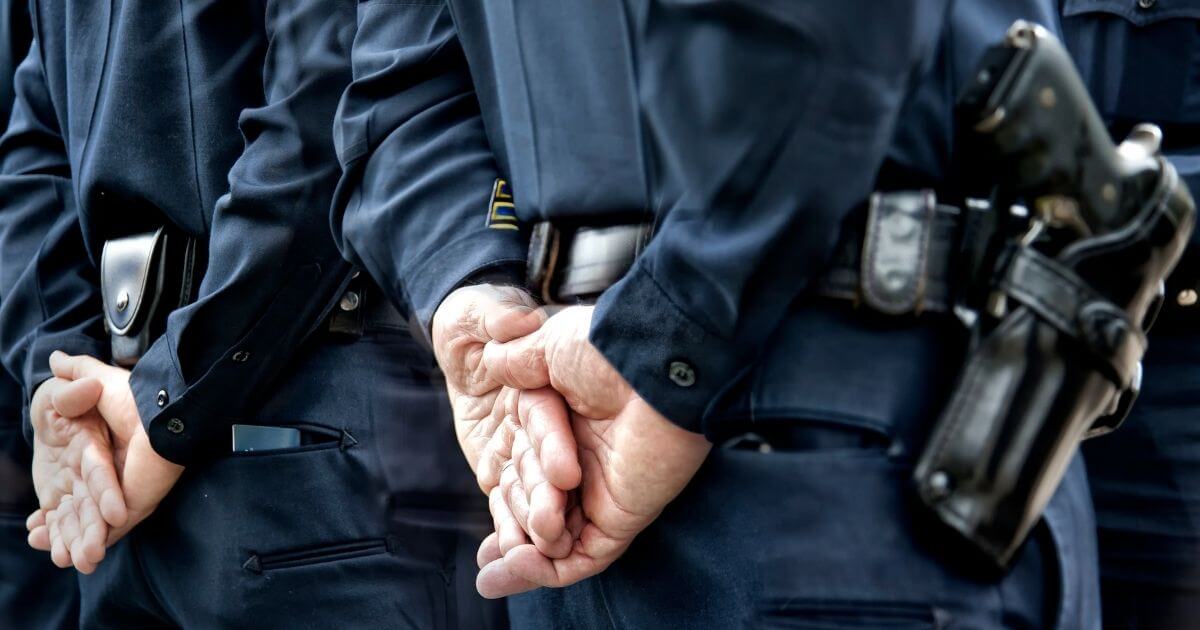 A group of Kentucky state senators have had enough after watching rioters taunt police over and over again — and they want to give police a way to fight back legally.

By a 7-4 vote, members of the Veterans, Military Affairs and Public Protection Committee of the Kentucky state Senate passed legislation amending current law so that it would become illegal to taunt police and other public safety personnel.

The law would allow someone to be guilty of a Class B misdemeanor if he or she “accosts, insults, taunts, or challenges a law enforcement officer with offensive or derisive words or by gestures or other physical contact, that would have a direct tendency to provoke a violent response from the perspective of a reasonable and prudent person.”

The penalty for conviction could be up to 90 days in jail.

The law was sponsored by Kentucky Republican Sen. Danny Carroll, a retired police officer, according to WMBF-TV.

“This [bill] is not about lawful protest in any way, shape, form, or fashion,” Carroll said, according to the station. “This country was built on lawful protest and it’s something we must maintain our citizens’ right to do so.

“What this deals with are those who cross the line and commit criminal acts,” he said.

Carroll said that from rioting that took place last summer to the antics of some who barged into the U.S. Capitol during the Jan. 6 incursion, police officers who try to do their job become the targets for rioters.

Carroll said that in the country’s current state, disrespect for police transcends ideology.

“I think there is absolutely a need for this,” Carroll said, according to WMBF. “The need crosses political lines, it crosses racial lines. It’s not aimed at any particular segment of this commonwealth, of any community.”

“I think by us having that kind of language in here, it makes my stomach turn, because I don’t believe any of my good officers are going to provoke a violent response because someone does a ‘your mama’ joke or whatnot,” Yates said.

But Carroll said the need is clear.

“If you see the riots, you see people getting in these officers’ faces, yelling in their ears, doing anything they can to provoke a violent response,” Carroll said.

“I’m not saying the officers do that, but there has to be a provision within that statute to allow officers to react to that. Because that does nothing but incite those around that vicinity and it furthers and escalates the riotous behavior,” he said, according to the Louisville Courier-Journal.

The American Civil Liberties Union of Kentucky opposes the bill.

The bill now heads for a full Senate vote. It would need to be passed by the state House as well by the time the legislative session ends March 30.