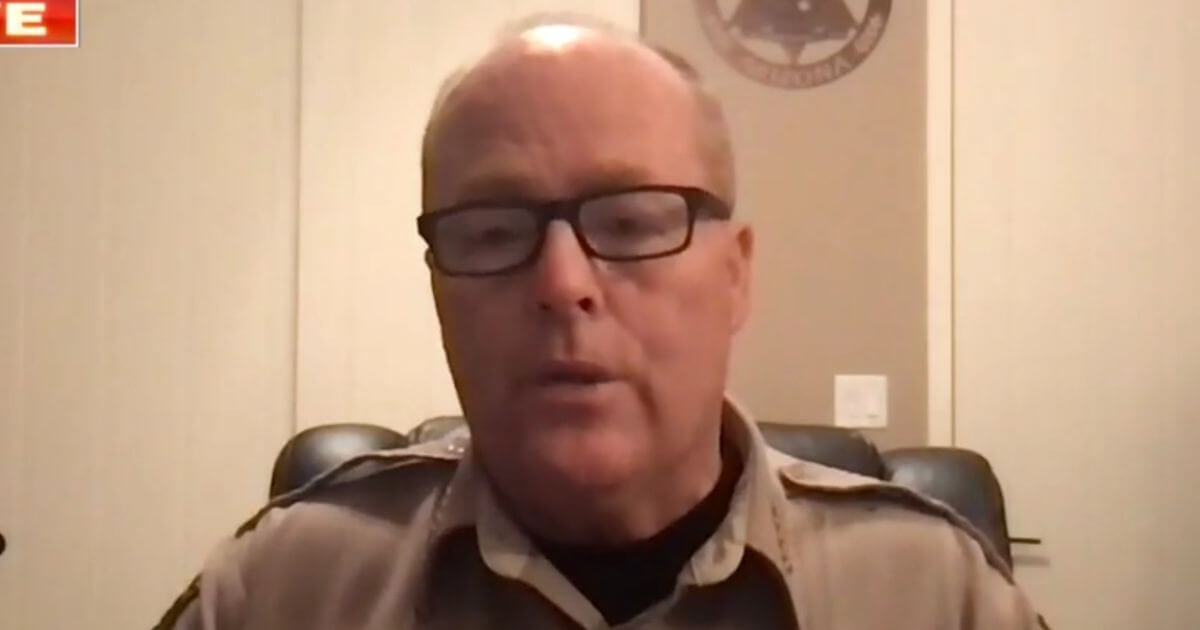 The fact that President Joe Biden stopped work on the border wall — even the sections we’d already paid for — is of little surprise.

After all, the wall was nothing less than former President Donald Trump’s signature project. He’d made some headway on it, and that headway was going to be stopped — even if the contracts were signed, the materials had been delivered and the work had begun.

The surprise was that Biden left the project in a state where not only was there not a wall to protect against smugglers, but there was infrastructure left behind that acted to aid the smugglers the wall was supposed to protect against.

That’s what Sheriff Mark Dannels of Cochise County, Arizona, said anyway. In an appearance on “Fox & Friends” on Friday, the sheriff said illegal immigrants were using an access road that was left when construction was abandoned which made it easier for them to enter.

“When President Biden rescinded the emergency order on the southwest border, it stopped resources and stopped construction on our border,” Dannels told Fox News’ Brian Kilmeade.

He added that “one area where the fence is not complete, we get five or six groups a day coming across there.”

“This administration owns this decision,” Dannels said. “And what it’s doing is, it’s forcing us back to 2019, when we had the largest — what I call — crime scene in the country to include the largest humanitarian situation going on,” he said, sharing some of the photos of the “crime scene.”

Danniels talked a bit more about the problems from 2019, “where 141 countries breached our southwest border in the first nine months.”

The sheriff said it was a time where there were “a thousand gang members, 822 assaults on agents, 271 deaths on our border.”

“This is a crime scene and this is what we just put together,” he continued. “We had it under control. This is frustrating. And now it’s going back to 2019. It’s frustrating.”

Cochise County encompasses 83 miles of the U.S.-Mexico border, which makes it a prime target for smugglers, both of the drug and human variety, Fox News reported.

That’s bad enough — but, as Dannels shared in photographs of the half-finished wall, there was infrastructure there that made it easier for illegal immigrants to cross.

The problem is, of course, the pandemic. At least with the current rush at the southern border, most of it is controlled and COVID-19 testing can be done.

Those using access roads to make their way into the United States by evading authorities tend not to stop for testing.

“Nobody is talking about what’s going on at the southwest border when it comes to the health pandemic in this country,” Dannels said.

“And then you look at the public safety aspect of this, it’s upsetting,” he added. “It’s almost like we’re not part of this country, which is very upsetting.”

Now, keep in mind, the Biden administration isn’t doing the best job when it comes to testing those it has in custody. One shelter in Texas found that 25 percent of the migrants dropped off by authorities tested positive for the coronavirus. Republican Texas Gov. Greg Abbott noted they weren’t alone:

The Biden Administration is recklessly releasing hundreds of illegal immigrants who have COVID into Texas communities.

The Biden Admin. must IMMEDIATELY end this callous act that exposes Texans & Americans to COVID.

(While there have been no changes from the Trump administration to the Biden administration when it comes to testing migrants for COVID-19, the fact that the current administration is releasing more of them into American communities does indicate a greater risk to Americans.)

Nevertheless, this is what Biden and his administration can control. Because of the fact they’ve abandoned the border wall project, they’re not even bothering to control who enters and who doesn’t.

“It’s a product of politics within policing,” Dannels said. “And I’ve always said that they had no business in our business, in the business of policing what we do on this border in our communities.”

Biden disagrees. The problem is that everything we’ve seen so far indicates his politics with policing will meet with disaster for this country.

Federal Government is Inviting Rejected Immigrants to Come Back