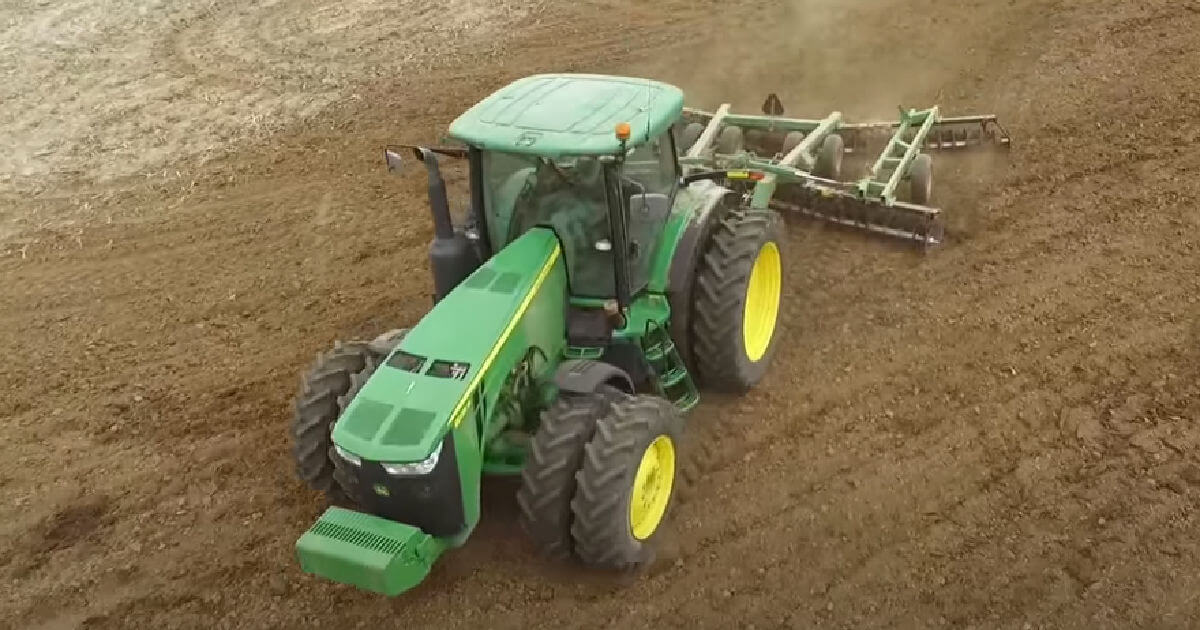 As many people know, congressional Democrats got their $1.9 trillion COVID-19 relief bill passed this week. However, some of the radical policies inside the bill have gone largely underreported.

One of those policies is a provision that farmers receive certain aid only if they are a racial minority.

According to the American Farm Bureau Foundation, about $4 billion of the bill will be used to pay off up to 120 percent debts of farmers.

However, the only farmers eligible for these benefits are those who are considered “socially disadvantaged,” which the law defines as a “group whose members have been subjected to racial or ethnic prejudice because of their identity as members of a group without regard to their individual qualities. “

Meanwhile, farmers who do not belong to those ethnic groups are rightly speaking out against the race-based policy.

“Just because you’re a certain color you don’t have to pay back money? I don’t care if you’re purple, black, yellow, white, gray, if you borrow money, you have to pay it back,” Tennessee farmer Kelly Griggs told Fox News. “My reaction is, where did common sense go?”

Massive debt forgiveness has been a key talking point for Democrats for years, but the pandemic has given them an excuse to push it even harder.

On his website, democratic socialist Vermont Sen. Bernie Sanders lists canceling student debt as one of his key issues.

“Cancel all student loan debt for the some 45 million Americans who owe about $1.6 trillion and place a cap on student loan interest rates going forward at 1.88 percent,” one of his goals reads.

Like Griggs, many Americans feel that forgiving debts for loans that someone chose to take out will greatly diminish the sense of responsibility in our country. If people can borrow money and then get out of ever paying it back, there is no accountability for those actions — at least not for the borrowers. Someone else is footing the bill when debt is “canceled.”

If the Democrats wanted to forgive debts for all farmers, or all struggling farmers, there would still be questions, but at least it would be consistent across the board. Instead, they only want to forgive debt for minority farmers.

This promotes the idea that white farmers should be held responsible for their actions but minority farmers should not. That is a racist position, but it is one that many liberals have thrown support behind.

The subtle argument inside the liberal idea of “systemic racism” is that minorities should never be held responsible for their position in life. Rather, anything bad that ever happens to them must be a product of a racist American system.

Left-wing activist Ibram X. Kendi argues in his book “How to Be an Antiracist” that any disparity between groups of different races should automatically be attributed to racism.

“According to Kendi, any racial gap simply is racist by definition; any policy that maintains such a gap is a racist policy; and — most debatably — any intellectual explanation of its existence (sociological, cultural and so on) is also racist,” Matthew Yglesias wrote in an opinion article for The Washington Post.

For example, if you were to say that factors such as a lack of a father figure in the household could lead to black children performing worse in school than white children, that would be racist. The only thing that could lead to such an outcome is systemic racism, according to Kendi.

As you can see, this argument would lead to a diffusion of responsibility for minorities. Kendi is effectively arguing that their actions do not need to be examined, because only racism, not personal decisions, can cause them to have a worse life.

The idea of forgiving debts for only minority farmers is simply an extension of this logic. Since systemic racism has supposedly caused every disparity between minority farmers and white farmers, it would only be fair that we use government funds to fix that disparity.

This, of course, is a racist idea. The way to fix racism isn’t with further discrimination.

“What happened to equal protection under the law?” Republican Missouri Rep. Sam Graves asked on Facebook.

“This is wrong and un-American,” he said. “I’m sure there are a lot of Americans out there that would love to have our tax dollars pay off all their debts. This is targeted to a very select few.”

“I think it should be distributed to everyone,” he said. “Because one thing we all have in common, it doesn’t matter about color or race or whatever, we’re all farmers, all working together to feed the United States.”

As Anderson said, we need to come together as Americans.

We have all been affected by this pandemic, and discriminating based on race in the relief efforts is not going to help us get through it.

Far-Left City Of Evanston, IL Becomes First City In America To Give Reparations To Black Residents…But There's a Catch