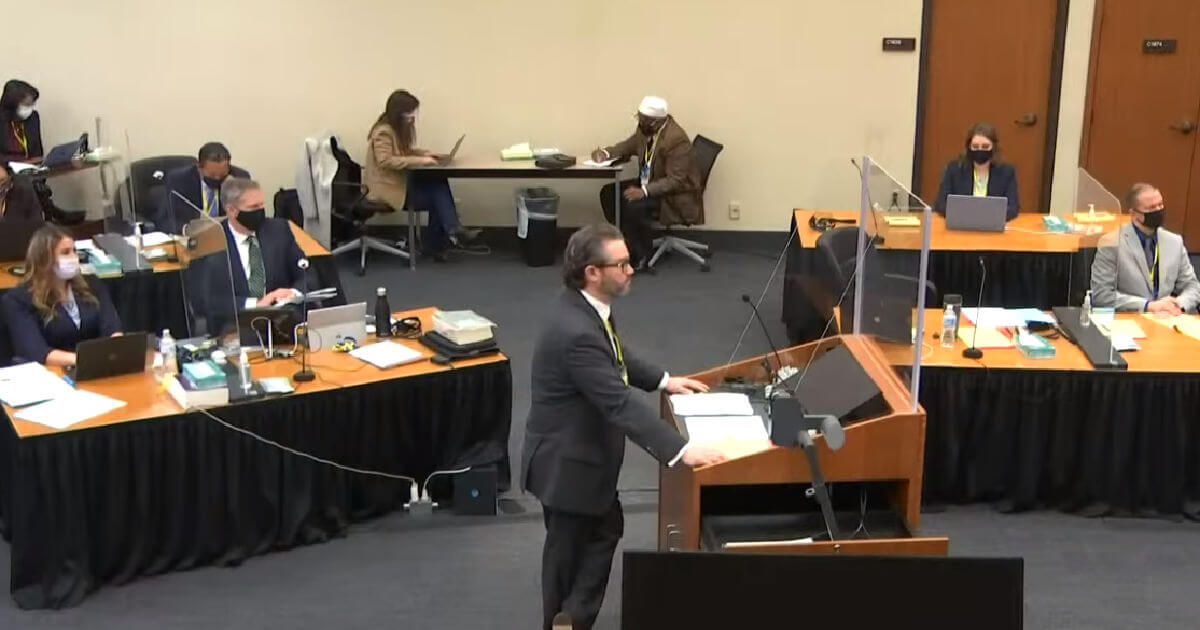 The upcoming trial of former Minneapolis police officer Derek Chauvin just got a little closer to kicking off, as it was announced on Thursday that a 10th juror was seated, with only two spots remaining and two alternate spots to be filled.

The news comes just a week after it was announced that the city of Minneapolis awarded George Floyd’s family a staggering $27 million settlement at the conclusion of civil litigation filed against the city by the family in the wake of Floyd’s death.

The settlement was widely criticized by the judge in the trial and legal analysts, who argued that it most certainly tainted an already-thin potential jury pool.

A 10th juror was seated on Thursday in the trial of Derek Chauvin, the former Minneapolis police officer facing murder charges over his arrest of George Floyd, a process that was complicated by the city’s announcement of a $27 million settlement with Floyd’s family.

The woman was questioned for an hour by Hennepin County District Judge Peter Cahill, Chauvin’s lead lawyer and a lawyer working for the Minnesota district attorney’s office to assess her impartiality during a process known as voir dire.

The woman, as with virtually all potential jurors screened, told the court she had seen some of the video showing Chauvin, who is white, with his knee on Floyd’s neck for about nine minutes as Floyd, a 46-year-old Black man in handcuffs, begs for his life. The video of the arrest on May 25, 2020, sparked global protests against racism and police brutality.

The juror, described in court records as a white woman in her 50s, said she was a registered nurse who lived alone. When asked by Chauvin’s lead lawyer, Eric Nelson, if she thought it was acceptable to sometimes “second guess” a police officer’s judgment, she said yes.

“They are human,” she explained. Chauvin, dressed in a suit and tie, took extensive notes on a yellow legal pad.

The judge has promised all jurors anonymity for the duration of the trial.

On Wednesday, he had to dismiss two members seated during jury selection last week after they said last Friday’s news of the city of Minneapolis paying Floyd’s relatives $27 million to settle their federal wrongful-death lawsuit meant they could no longer be impartial.

Chauvin, 44, has pleaded not guilty to second-degree murder, third-degree murder and manslaughter, and faces up to 40 years in prison if convicted of the most serious charge.

He and three other officers were arresting Floyd on suspicion he had bought cigarettes using a fake $20 bill. The Minneapolis Police Department fired all four officers the next day, and the three other men are due to face trial later this year on aiding and abetting charges.

Chauvin’s lawyer has argued that publicity surrounding the high-profile trial is prejudicial for Chauvin, and has asked the judge to reconsider a motion to move the trial to another county. Cahill has said he is considering that request and will rule later.

The rest of the jury seated so far comprises two other white women, two white men, two Black men who immigrated to the United States from abroad and two multiracial women, according to court records.

The jury will consist of 12 jurors and two alternates. Cahill has told jurors to avoid the news as best they can and to report back to court on March 29 for opening arguments in the trial.