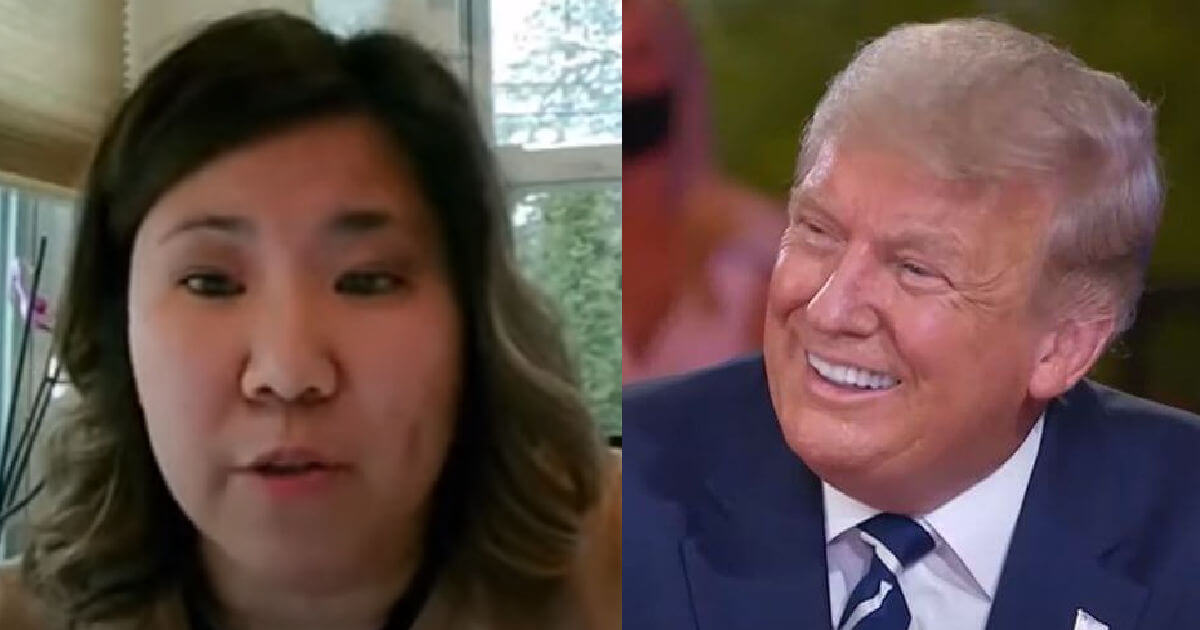 Whenever something bad happens in America, like the tragic series of shootings this week that took the lives of several Asian American citizens, the standard protocol for Democrats is still to blame former President Donald Trump.

It’s truly amazing that both Democrats and many in the mainstream media are sticking to that narrative, even though Trump is long out of office. Hey, we’ve all heard about the massive — and I genuinely mean shockingly massive — ratings plunge in the media after Trump left office, so any narrative they can drum up against the former president is nothing more than a desperate attempt to bring back their viewers for another round of Trump-bashing.

It should also be noted that authorities still have absolutely zero ideas regarding the motive behind the shooting spree.

Anyway, the new narrative, in the wake of the shooting that seemingly targeted Asian Americans at various massage parlors, is that it happened because Trump called COVID-19 the “Chinese virus.” Which, it very much is. But apparently, somehow, it’s “racist” to say that.

U.S. lawmakers, professors and actor Daniel Dae Kim said the Asian-American community was reeling from a year of heightened anti-Asian attacks in a congressional hearing held just days after the killing of six Asian women in Georgia.

Thursday’s hearing, which was scheduled before the attack, aimed to examine a spike in hate crimes against Asian Americans, which rose by 149% in 2020 in 16 major cities compared with 2019, according to the Center for the Study of Hate and Extremism.

“Our community is bleeding, we are in pain and for the last year we’ve been screaming out for help,” Democratic Representative Grace Meng told the House of Representatives Judiciary Committee’s Subcommittee on the Constitution, Civil Rights and Civil Liberties.

Experts have linked the surge to the COVID-19 pandemic, which originated in China, after some Americans, including Republican former President Donald Trump, started calling the coronavirus the “China virus,” “the China plague” and even “kung flu.”

A 21-year-old white man has been charged with killing eight people, six of them Asian women, at three spas in the Atlanta area on Tuesday. Police are investigating motives and have not ruled out the possibility that the attacks were provoked, at least in part, by anti-immigrant or anti-Asian sentiments.

The spike in anti-Asian American incidents in the past year included people being slashed with a box cutter, lit on fire and verbal harassment, said Steve Cohen, the subcommittee’s Democratic chair.

“All the pandemic did was exacerbate latent anti-Asian prejudices that have a long, long and ugly history in America,” said Cohen.

Kim, best known for starring in the television series “Lost” and “Hawaii Five-0,” called on lawmakers to pass legislation to fund groups that provide counseling to victims of hate crimes and improve data collection for hate crime reporting.

“What happens right now and over the course of the coming months will send a message for generations to come as to whether we matter, as to whether the country we call home chooses to erase us or include us,” said Kim.

In the closely divided House, the hearing quickly lapsed into partisan politics.

In a sprawling opening speech, Republican lawmaker Chip Roy said the subject matter was important, but then moved on to attacking China’s treatment of its Uighur community and handling of the coronavirus.

He added he hoped the hearing would address how affirmative action policies by U.S. universities hurt Asian Americans.

Repeatedly, Democratic lawmakers referred to Roy’s comments in their own statements.

“Your president and your party and your colleagues can talk about issues with any other country that you want, but you don’t have to do it by putting a bull’s eye on the back of Asian Americans across this country, on our grandparents, on our kids,” said Meng.

White House spokeswoman Jen Psaki said U.S. President Joe Biden, who will be meeting with Asian-American leaders on Friday in Atlanta, was determined to be “part of the solution, not part of the problem.”

Dr. Rand Paul Schools Fauci On Science In Fiery Debate Over Wearing Masks..."You're Defying Everything We Know About Immunity"

Biden Fumbles Calling VP Harris 'President' In Another Gaffe That Has Conservatives Saying 'Come on, Man!'