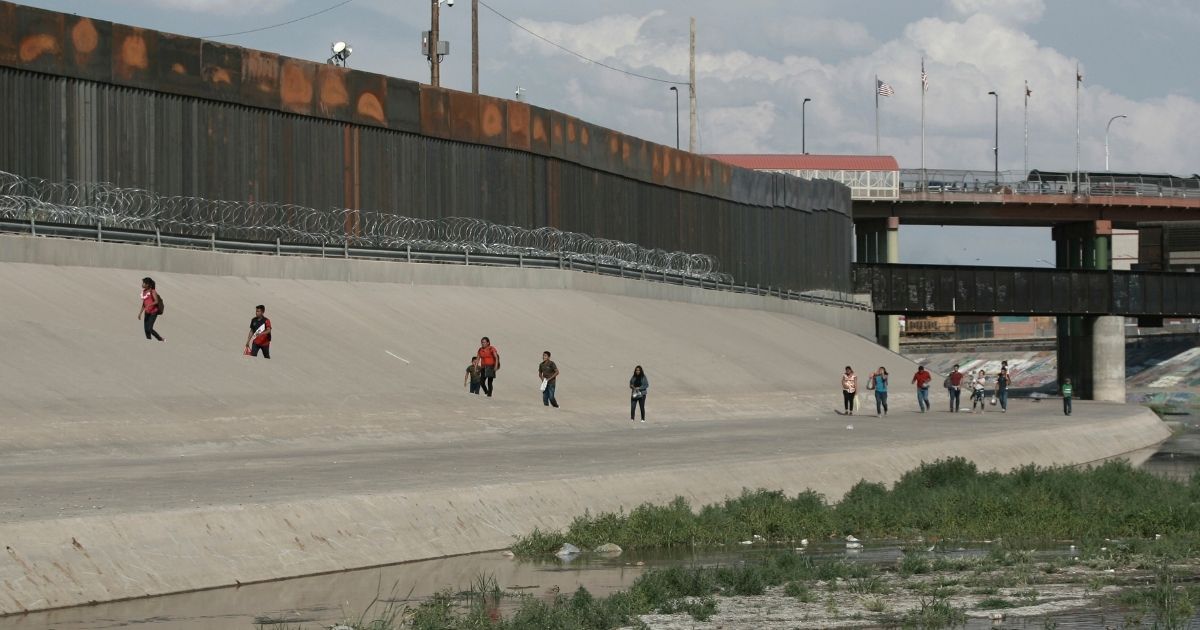 Now, mind you, that’s where most of the screwups are manifesting themselves. Remember all of that outrage when the Trump administration detained unaccompanied minors? When people called it “kids in cages?”

It’s all back! I mean, minus all the outrage about it. Apparently, there aren’t a whole lot of Democrats or media types willing to hold Biden responsible for not formulating a policy to deal with the inevitable deluge of migrants attracted by his promise to reverse the Trump administration’s immigration policies on day one.

But no, this isn’t about that, Mr. President. Apparently, Florida’s feeling the pinch, too, and not because Cuba restarted the Mariel Boatlift. Instead, as a lawsuit by the state against the Biden administration revealed, Biden White House policies are allowing illegal immigrant criminals back onto American streets unless they’ve committed all but the most violent crimes.

A news release issued last week by Florida Attorney General Ashley Moody noted Biden had issued “directives to suspend the arrests and deportations of certain criminals in the country illegally — many of them violent or convicted on drug trafficking charges.”

In February, Immigration and Customs Enforcement, an agency of the Department of Homeland Security, released “interim guidance” ordering its personnel not to prioritize arrests and deportations against accused or convicted criminals unless they’d been convicted of “aggravated felonies” — crimes that include murder, rape, child pornography, sexual abuse of a minor and theft, among others.

Those are serious crimes, of course, but as Breitbart pointed out at the time, this is a decidedly small slice of the criminal pie.

“Should ICE agents try to arrest an illegal alien who is not a convicted aggravated felon — or a known or suspected terrorist or gang member — they must first get approval through an arduous chain of command process where a field director or a special agent in charge greenlights the effort,” Breitbart reported.

To Laura Ries, a former DHS official who is now a senior research fellow at the conservative Heritage Foundation, the guidance essentially turns the entire United States into a “sanctuary country.

“Law enforcement professionals estimate these guidelines will take 90 percent of those here illegally off the table when it comes to detention or deportation,” she wrote in a statement.

“In essence, ICE agents are being told to back down from enforcing the law and doing their jobs. Sadly, this guidance is forcing law enforcement officers to choose between protecting Americans and protecting their careers,” she wrote.

“Forget sanctuary cities – this turns America into a sanctuary country. Prominent Leftists have spent the past months calling to ‘abolish ICE.’ The Biden administration effectively just made their wish come true.”

Moody’s lawsuit seeks preliminary injunction against the Biden administration’s “interim guidance” policies and noted that “the Florida Department of Corrections reports at least seven instances of ICE refusing to take custody of serious criminals upon release from state custody,” according to the news release.

“These convicts, a number of whom have already been released, are in the country illegally and served prison sentences for burglary, cocaine trafficking, heroin trafficking and other crimes.”

“As attorney general, my job is to protect Floridians. Every day, I work tirelessly to make Florida stronger and safer,” Moody, a Republican elected in 2018, said in the news release.

“Whether it is fighting the opioid epidemic, combating human trafficking or helping domestic violence victims, we are confronted with these real-life problems.

“The Biden administration’s reckless policy of refusing to do their jobs and deport criminals, places all those gains and Floridians’ public safety at risk. Until President Biden’s inauguration, presidents of both parties detained and deported criminals. This is a radical shift that places Floridians and our law enforcement officers in greater danger, and that is why I filed suit.”

Breitbart noted the suit also mentions several other convicts  set to be released into Florida’s communities between next month and November.

Florida becomes the third state to file suit against the Biden administration over the orders, joining Arizona and Montana.

Forget for a second the fact heroin and cocaine traffickers are being let back into Florida’s communities because of Biden’s policies. How “interim” do you want to bet this “interim guidance” remains?

This pause sounds suspiciously like “15 days to flatten the curve” — the beginning of coronavirus restrictions that are with us to this day. One can almost guarantee some remnants of this will still be in place when the Oval Office is turned over to another occupant — unless, of course, they’re overturned by a court.

One hopes that’s what happens when Moody’s lawsuit gets in front of a judge. The situation at the southern border is bad enough. It doesn’t need to be exacerbated by immigration authorities who refuse to enforce immigration law and deport criminals in the country illegally.