‘It Takes One To Know One’ 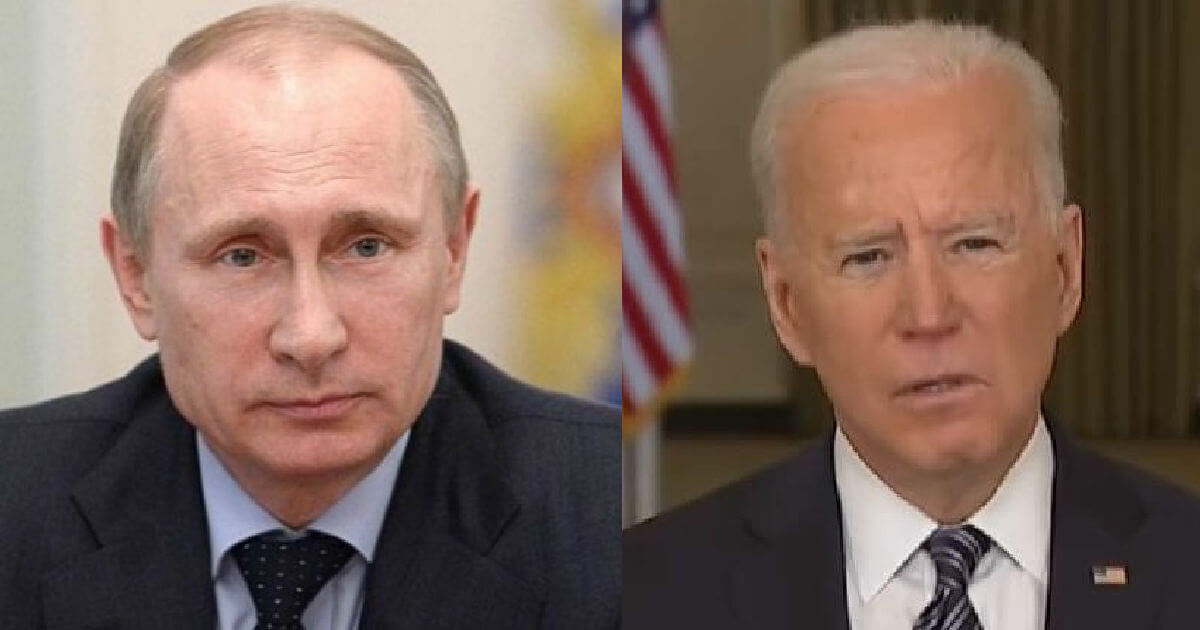 President Joe Biden tried to get tough on Russian President Vladimir Putin recently, but it looks like it backfired in the most hilarious possible way.

We all know how former President Donald Trump dealt with the Russian leader — equal amounts of strength and strategic diplomacy.

But just imagine Biden — a man that isn’t even allowed by his handlers to hold an unscripted press conference in his own country — trying to deal with Putin on any type of serious issue. It would be a joke, at best, and possibly extremely dangerous for America, at worst.

The president called Putin a few names this week, including using the term “killer,” and Putin just responded in the most hilarious possible way.

President Vladimir Putin said on Thursday that it takes one to know one after the U.S. president said he thought Putin was a killer, adding that he wished Biden good health.

Putin was speaking on television after Biden, in an ABC News interview that prompted Russia to recall its Washington ambassador for consultations on Wednesday, said “I do” when asked if he believed the Russian president was a killer.

Biden also described Putin as having no soul, and said he would pay a price for alleged Russian meddling in the November 2020 U.S. presidential election, something the Kremlin denies.

“I remember in my childhood, when we argued in the courtyard we used to say: it takes one to know one. And that’s not a coincidence, not just a children’s saying or joke,” Putin said.

“We always see our own traits in other people and think they are like how we really are. And as a result we assess (a person’s) activities and give assessments,” he said.

In a highly unusual move following Biden’s interview, Russia said it was recalling its ambassador to the United States for urgent consultations over the future of U.S.-Russia ties.

Shortly before Putin spoke, the Kremlin’s spokesman said Biden’s remarks showed he had no interest in fixing ties with Moscow.

“These are really bad remarks by the U.S. president. He has clearly shown that he doesn’t want to improve relations with our country,” Kremlin spokesman Dmitry Peskov said. “We will now proceed from that.”

“Of course, this hasn’t happened before in history,” Peskov told reporters, describing the state of bilateral relations as “really bad.”

Konstantin Kosachyov, deputy chairman of parliament’s upper house, said Biden’s comments were unacceptable, would inevitably inflame already bad ties, and ended any hope in Moscow of a change of U.S. policy under the new U.S. administration.

He said Moscow’s recall of its ambassador was the only reasonable step to take in the circumstances.

“I suspect it will not be the last one if no explanation or apology follows from the American side,” Kosachyov said in a Facebook post.

“This kind of assessment is not allowed from the mouth of a statesman of such a rank. This kind of statement is not acceptable under any circumstances,” he added, calling it a watershed moment in U.S.-Russia ties.

Sadly, Putin far outranks Biden in terms of political savvy and prowess. This could be a long and potentially scary four years of dealing with one of America’s most powerful adversaries.

CNN Viewership Down 1 Million PER NIGHT Since Trump Left Office

John Kerry Responds After Being Spotted On Flight With Mask Off, Writes It Off As 'Malarkey'