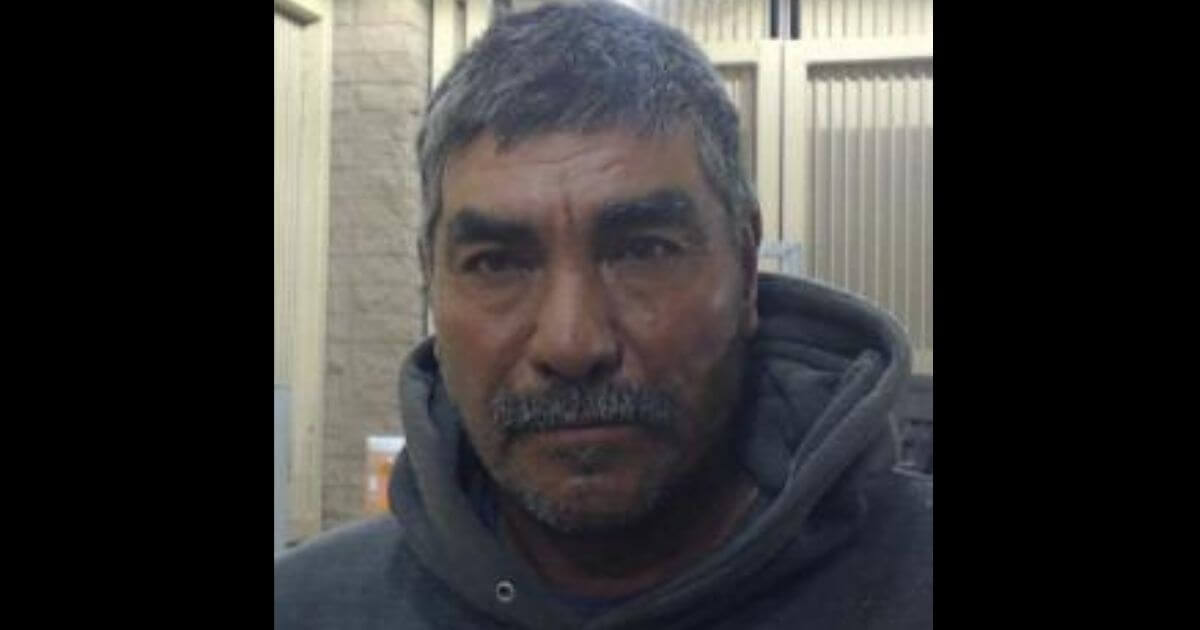 A convicted rapist who had previously been deported was nabbed as he tried to enter the U.S. amid the tidal wave of illegal immigrants attempting to cross the southern border, U.S. officials said.

Aurelio Sandoval-Valdivia was among a group of 18 illegal immigrants detained Monday night, according to a release from U.S. Customs and Border Protection.

The group was arrested near Andrade, California, by Border Patrol agents assigned to Yuma Sector, which stretches across parts of Arizona and California.

After the group was detained, agents processed their records and learned that Sandoval-Valdivia had a felony conviction for rape. The 54-year-old Mexican national also had misdemeanor convictions for willful cruelty to a child and driving while intoxicated.

The release said he was processed according to guidelines. The Biden administration has attempted the rules regarding who can be deported, but still allows agents to deport those convicted of serious crimes.

The Yuma Sector arrests came the same week that agents in the Rio Grande Valley sector in Texas detained three men who it called “sexual predators,” according to a CBP release.

Jose Estuardo Martinez, a Guatemalan national who Border Patrol agents apprehended Monday, had been arrested in 2013 for indecency with a child/sexual contact and sentenced to eight years probation.

Later Monday, a Mexican national who CBP did not name, was detained. He had been convicted in 2015 of rape and served five years in prison.

On Wednesday, agents apprehended Tony Canales-Velasquez, a Honduran national who had been convicted in 2003 on a charge of indecency with a child and sentenced to five years probation.

“Even with the spread of the COVID-19 virus, human smugglers continue to try these brazen attempts with zero regard for the lives they endanger nor to the health of the citizens of our great nation.  The U.S. Border Patrol agents of the Rio Grande Valley Sector will continue to safeguard the nation and community against these criminal elements,” CBP said in its release.

Some of the arrests prompted Republican Rep. Troy Nehls of Texas to voice his concerns over the predators and other criminals who are not being caught at the border.

“I’m glad to see these predators taken off the streets but what should concern all Americans are the additional criminal illegal immigrants crossing our southern border undetected because of the mass migration at our southern border,” Nehls told Fox News.

“Biden is complicit in the human trafficking and drug trafficking profiting from his reckless open border policies, and it’ll ultimately be on law enforcement and local communities to clean up this Biden border crisis,” he said.

Fellow GOP Rep. August Pfluger said that Texas may suffer because the Biden administration remains in denial over the extent of the border crisis.

“Our border is a mess, yet the Biden administration refuses to recognize it. Yesterday, DHS Secretary Mayorkas told us that the border is ‘secure.’ It is not,” the Texas Republican told Fox.

“I traveled to the border on Monday to survey the border patrol facilities. I saw firsthand the deficiencies in tools and resources our brave agents are dealing with to process and care for the thousands of people coming across our border illegally,” he said.

“If we really cared about children, we would be looking at the policies that are incentivizing the drug called cartels, the traffickers, the coyotes that are bringing them across and exploiting them in every way,” Pfluger added. “Even more, many are crossing wish our nation harm — including individuals that have been apprehended crossing the border and later identified on the terror watchlist.”