From ‘You Should Come’ To ‘Don’t Come’ 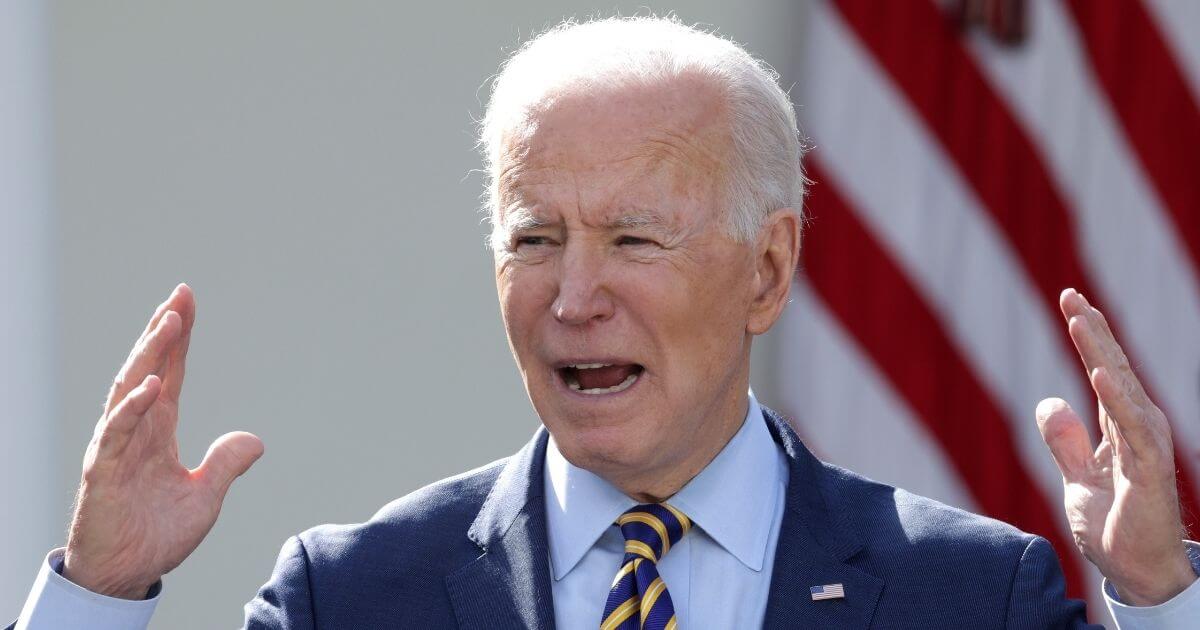 President Joe Biden seems to finally have enough energy to begin realizing what a total disaster he’s created on the southern U.S. border as the crisis continues to explode in front of our eyes. He might not admit it outright, but he’s dropped several subtle hints over the past week, which is a marked break from the messaging he was putting out during his run for the presidency.

According to Fox News, it was only as far back as the middle of 2019, when Biden was vying for the Democratic party’s nomination, that he was clearly in favor of inviting anyone and everyone seeking asylum to head toward the U.S. border.

“They deserve to be heard. That’s who we are,” Biden said during a debate hosted by Univision’s Jorge Ramos. “We’re a nation that says, ‘You want to flee, and you’re fleeing oppression, you should come.’”

Last week, Biden’s position on that was the complete opposite, as he told ABC’s George Stephanopolous in an interview that he very much does not want those same people to keep coming to the border for help.

“I can say quite clearly don’t come over,” Biden said. “So don’t leave your town or city or community. We’re gonna make sure we have facilities in those cities and towns run by department of — by DHS and also access with HHS, the Health and Human Services, to say you can apply for asylum from where you are right now.”

So, apparently, his idea is that now they can apply for asylum over a Zoom call? That should work out well…

The Biden administration, alongside a number of high-profile Democrats, including House Speaker Nancy Pelosi, are doing everything they can to blame the administration of former President Donald Trump, claiming that Biden “inherited” a “broken system.”

Now, anyone on either side of the political aisle who’s willing to be intellectually honest knows very well that Trump’s border policies were actually effective at stopping this kind of crisis from spiraling out of control and that Biden’s eagerness to roll back all of those policies is the driving force behind the crisis that’s happening right this minute.

But admitting that would bust the “blame Trump for everything” narrative, so unfortunately, Democrats in Congress and in the White House will continue to lie to the American public, as if we’re dumb enough to believe it.

On Monday, Project Veritas released damning photos of the extremely poor conditions in which unaccompanied minors are being held in at the border, further adding to the crisis that Biden and his administration apparently have no idea how to handle.

Dear @AOC. Do you feel the same now as you did when you dramatically knelt down crying by the fences for the camera?

Use these photos obtained by Project Veritas from an insider last week to work toward a solution rather than play the blame game. pic.twitter.com/O3IhpO0t36

Only time will tell how this all ends, but it’s going to become much worse before it starts to get better.