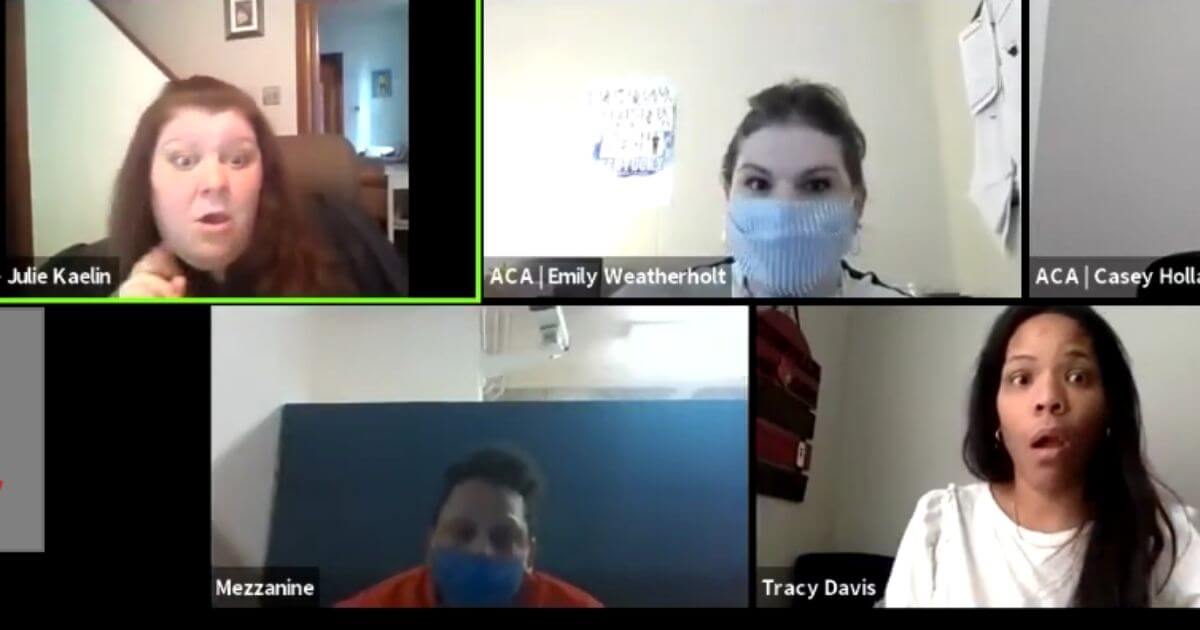 Unique courtroom events have captured the media’s eye for ages.

From outbursts to brawls and disputed cases, the legal system has displayed contentious courtroom drama. But even now, in the age of virtual hearings, these predicaments continue.

In the Zoom video, O’Neil first states that her client has mental incapacities, which led the judge to refuse to accept any plea since he might not understand the agreement, according to WDRB-TV.

“You’re working with someone who’s not operating at full capacity, ma’am,” O’Neil said of her client, who was accused of misdemeanor criminal mischief.

O’Neil’s client quickly denied that he had “undiagnosed bipolar  schizophrenia,” as his attorney previously said, prompting the ugly meltdown that will follow this lawyer for a while.

O’Neil immediately motioned to withdraw from the case and remove herself as her client’s attorney, a motion Kaelin denied.

The lawyer responded to the denied request with more disparaging comments against her client, citing that she had visited him in jail five times, but he refused to acknowledge her legal advice and that he had been problematic while in custody.

“You are now disparaging your client to this court,” Kaelin said.

Kaelin then denied the lawyer’s second attempt to withdraw from the case, prompting O’Neil to say: “I bet I don’t appear again. Goodbye,” before she abruptly exited the Zoom meeting.

Shock then appeared on the faces of those involved in the hearing.

No doubt, this was an ugly meltdown, but what’s worse is that it  just cost this lawyer big time.

According to WDRB, Kaelin eventually removed O’Neil from the case and charged her with contempt, a charge that carries a $500 fine and a 90-day prison sentence.

Imprisonment can be avoided if O’Neil agrees to “refrain from committing additional acts of contempt” and study courtroom professional standards, the TV station reported.

However, this isn’t the only time O’Neil has landed in hot water.

The Supreme Court of Kentucky also issued a public reprimand against her after she failed to abide by court rules or appear at hearings pertaining to a different case, according to Kentucky Today.

Could O’Neil’s growing string of misconduct lead to her disbarment?

Typically, according to Britannica, the standard for disbarment varies from country to country, but the punishment typically comes after felony charges or an inability to abide by previously established standards of legal practice.

As Kaelin said, this attorney’s actions were a disservice to both her client and the integrity of the legal system.

Of course, O’Neil stated her outbursts came out of concern for her client’s best interest.