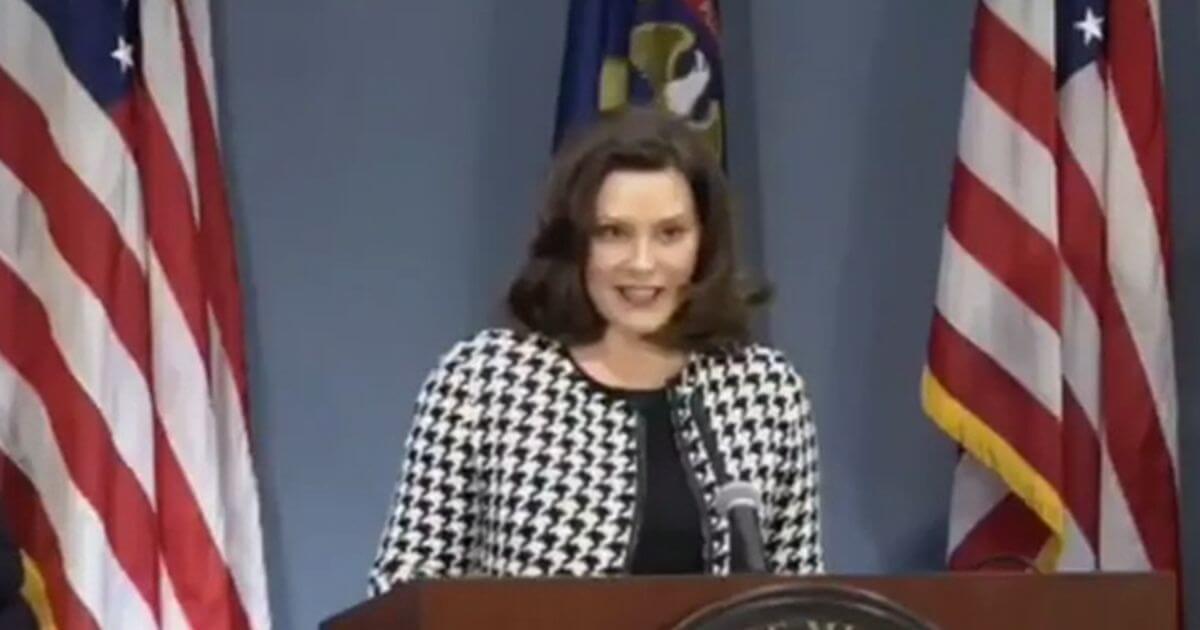 A lawsuit is trying to pierce the wall of silence Democratic Michigan Gov. Gretchen Whitmer has erected around her policy of using nursing homes as hubs for COVID-19 patients.

Cuomo’s order has been linked to the deaths of nursing home patients, and has been the subject of allegations that Cuomo and his aides tried to cover up the extent of the deaths connected to Cuomo’s order.

About 35 percent of Michigan’s overall COVID-19 death total is linked to cases at nursing homes, according to the Detroit News.

Whitmer is able to stiff-arm requests to share data because her office has a legal exemption from Michigan’s Freedom of information law.

Efforts by Michigan Republicans to investigate the damage done by Whitmer’s order have been stymied.

State Attorney General Dana Nessel has said that an investigation into her fellow Democrat is not needed  “at this time.”

“I appreciate that you and your colleagues have policy disagreements with Governor Whitmer’s response to COVID-19,” Nessel wrote Republican state Sen. Jim Runestad, who called for an investigation. “But an investigation by my office is not the mechanism to resolve those disagreements.”

With that as the backdrop, a lawsuit has been filed by Steve Delie of the Mackinac Center for Public Policy and journalist Charlie LeDuff.

They explained their purpose in a commentary piece published Sunday by USA Today.

“New York Gov. Andrew Cuomo may not be the only governor who covered up the deaths of vulnerable senior citizens during the pandemic. We’re suing the state of Michigan to release information regarding Gov. Gretchen Whitmer’s executive order that funneled nursing home residents hospitalized with COVID-19 back into nursing homes – information the state is hiding from the public. Michigan citizens deserve to know if Gov. Whitmer, like Gov. Cuomo, has hidden the true number of deaths resulting from her dangerous decision,” they wrote.

Whitmer, they wrote, “has used this veil of secrecy to act with impunity. Her office has almost single-handedly dictated the state’s COVID-19 policies, without disclosing the data she has used to make her decisions.”

“The state is asking voters to simply accept it’s published data, without the chance to verify the records used to create them. The Cuomo scandal demonstrates how dangerous it is to simply trust politicians. Access to information is essential to accountability,” they wrote.

They wrote that the state is “basically saying it can release information as it pleases, but ordinary citizens cannot be trusted with the raw data. Our lawsuit rejects this anti-transparency approach, and asks the courts to apply our transparency law fairly. If we are successful, the department will be required to release the data behind Gov. Whitmer’s pandemic policies — including the facts involving deaths in nursing homes.”

“Gov. Whitmer made the same policy choice as Gov. Cuomo, forcing contagious senior citizens into close proximity with other medically vulnerable people. In fact, her policy, a similar version of which is still in effect today, went even farther, forcing some non-senior patients into nursing homes, including a 20-year-old,” the wrote.

“Michigan citizens deserve to know why she did this, and whether our governor is telling the truth about the consequences,” they wrote.