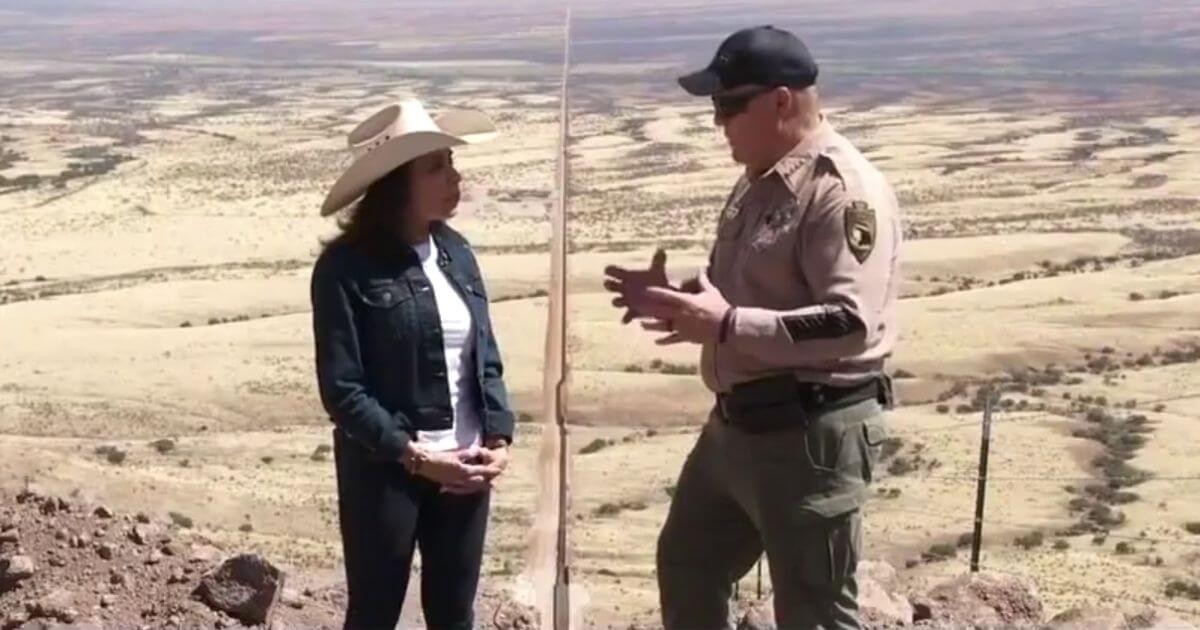 As President Joe Biden continues to ignore his own crisis, border communities are experiencing the rampant aftermath of his executive orders.

According to Dannels, Cochise County has struggled to deal with cartel trafficking, which he described as a “very violent situation.”

According to the sheriff, most migrants he sees crossing the border illegally are wearing camouflage, a tactic he says is directed by the cartels. Dannels told host Jeanine Pirro, “When the cartels are better organized than our federal government, we will lose. And now, we’re losing.”

As Cochise County shares over 80 miles of international border with Mexico, Dannels said he and his department rely heavily on state and federal partners. However, when Biden signed his stop-work order on Jan. 20, it also removed emergency status from the southwest border, taking funding and resources with it. Combined with miles-wide holes in existing border fencing, Biden has essentially left border counties undefended and severely undermanned, and for no less than keeping up appearances.

Dannels addressed the president on air, saying “You’ve got to get us to the table.”

“The bottom line, Mr. President, is you and I share one thing — the citizens of this country. And these reckless and hasty plans and executive orders only serve one purpose — to open up our country for public safety disasters.”

It’s even come to the point where the border crisis has made American border communities feel separated from the rest of the country.

“We’re in a global health pandemic, judge, but we’re being ignored on the southwest border. It’s almost like we’re not part of America anymore,” Dannels said. “What I’m seeing down here is total opposite of what the CDC is recommending.

“Are we part of this country or are we not?”

The sheriff is right; every immigration-related executive order Biden has signed so far has only increased the already-pervasive crisis at the border. For example, Biden’s Jan. 25 order on “Preserving and Fortifying Deferred Action for Childhood Arrivals” allowed the U.S. attorney general to protect a policy allowing illegal immigrants to remain in the country legally in the same month Border Patrol recorded almost 80,000 enforcement encounters on the southwest border.

The president has opened the floodgates through executive orders, allowing thousands of unaccompanied minors and families to enter the country while communities like Cochise County are left to fend for themselves.

As Dannels mentioned, the southwest border is almost completely removed from federal pandemic guidance. While Biden battles with state governors over mask mandates, Congress consistently blocks bills like the REACT Act, which would require illegal immigrants to be tested for the coronavirus before being let into the country.

Other parts of the Biden administration aren’t helping border communities, either. Alejandro Mayorkas, Biden’s Department of Homeland Security secretary, announced Tuesday that unaccompanied children are not being expelled from the border.

Unfortunately for Mayorkas, his department doesn’t have room for the more than 13,000 migrant children currently in the custody of Border Patrol, with DHS beds in one Texas facility at 729 percent capacity.

Between Biden’s disastrous executive orders and the decisions of his administration, it’s evident that the president has all but completely abandoned the border, and situations like the one in Cochise County are the best possible examples.