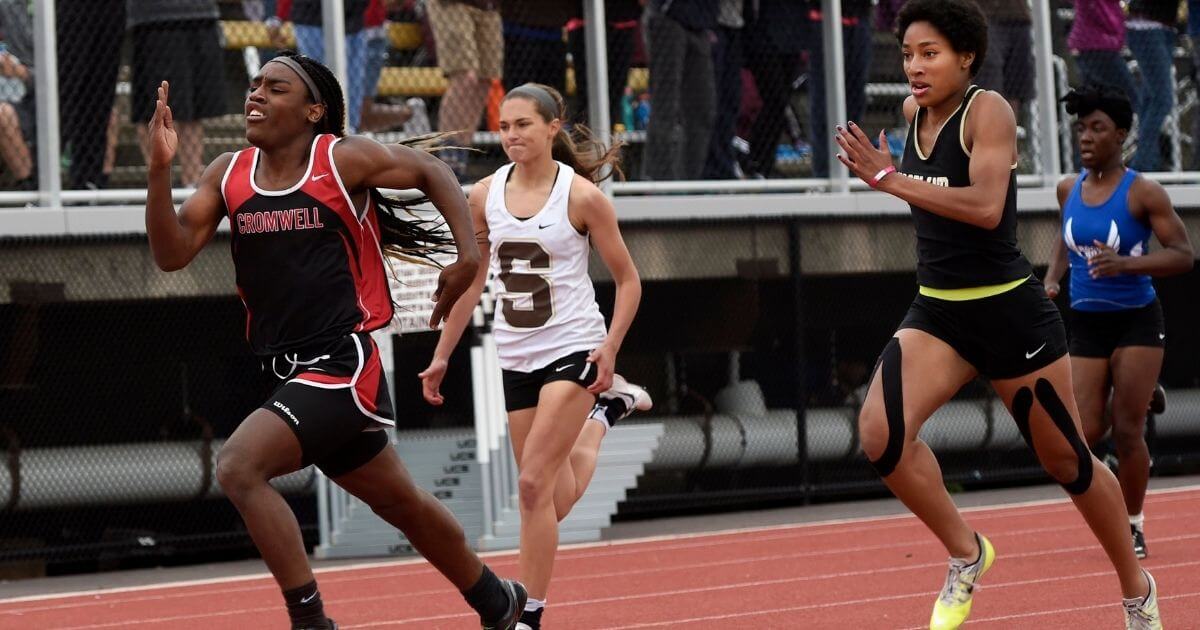 The Equality Act, one of the Democrats’ most controversial initiatives, passed the House by a 224-206 vote. It’s now headed to the Senate, where some of the people who will be most affected by it won’t be able to testify in hearings on the bill.

As CNS News notes, the bill would modify the 1964 Civil Rights Act to include protections for “gender identity” and “sexual orientation.” This includes a whole raft of controversies with it, but the biggest may be what it does to women’s sports.

“In practice this would mean, among other things, that transgender ‘females’ (biological males) would be allowed to play on girls’ sports teams and use their bathrooms, locker rooms, and showers,” CNS reported.

Last Wednesday, the Senate Judiciary Committee held hearings on the Equality Act. Three of the highest-profile individuals who could speak on the girls’ sports issue — Chelsea Mitchell, Alanna Smith and Selina Soule, three Connecticut high school athletes who sued after biological boys were allowed to compete in girls’ track and field events — were blocked from testifying by Democrats even though Republicans had invited them to share their testimony, according to the Washington Examiner.

A Democratic aide to the Judiciary Committee said the requests were denied by Durbin because the minority party is typically only given two speaking slots.

However, given the importance of the Connecticut case, the precedent it could set, and the fact it could be completely upended by the Equality Act, one might think it’d be important to hear from them.

“They didn’t want the American people to hear, to hear about the unfairness to little girls having girls’ sports destroyed because of the radical policies of today’s Democrats,” Cruz said.

The women were still allowed to submit written testimony, however.

“I lost four state championships because our state policy ignores the biological reality and physical advantages of males over females in sport,” Mitchell said, according to CNS. “The Connecticut Interscholastic Athletic Conference’s policy inflicted unfair competition on me and my fellow female athletes.”

“I was forced to compete against biological male students every year of my high school sports experience. It was demoralizing. I rarely got to compete in fair races and lost awards and opportunities for recognition at a time when it was most crucial for college recruitment.”

“Competing in sports instilled me with confidence and hope that I can succeed in every aspect of my career, schooling, and social life,” she added. “However, that confidence was stolen from me every time I lined up to compete against biological males. Even though I was one of the fastest girls in Connecticut, I knew that I didn’t have a fair chance to win if biological males were in the female category. I felt defeated before the race even began.”

“I knew I’d be racing against a male who identified as a female at the State Open. I knew I had no chance of winning despite the hours of training and knowing my personal bests in each event,” she said.

“I was defeated before stepping onto the track. I knew it wasn’t fair to me or to any of the other girls competing at the State Open. I knew I had biologically-advantaged competition running against me.”

These are some of the examples Mitchell said, in her draft testimony, that show the case against letting biological males compete in girls’ sports shouldn’t even be an open question.

“This is not a close call or the subject of honest debate in the scientific community,” her draft testimony read, according to the Examiner.

“Many of you were athletes yourselves, and I have no doubt that you understand this very well. Without sex-based categories, females will be eliminated from any meaningful participation and will be subjected to an increased risk of injury in contact sports.”

“Many women and girls before her fought for legal protections under Title IX, we’re tracking knives that sex-specific distinctions are appropriate in some instances,” Grassley said, according to a transcript.

“As a father, grandfather, and husband, I have celebrated the athletic successes of talented young women in my own family. So I am deeply concerned about this act’s potential negative implications for all girls and women in sports.”

More than a few news outlets have noted the Equality Act “faces [an] uphill battle” in the Senate. This is a polite way to say that, unless the Democrats decide to invoke the so-called “nuclear option” on this and bypass the filibuster — well, anything could theoretically happen, but you’re more likely to see Sen. Joey Buttafuoco seated with the freshman class of 2022 than this bill ending up on President Biden’s desk.

That this is even something within the realm of possibility should disturb us, however. Among the numerous troubling things the legislation would accomplish, the idea of biological males competing in high school girls’ sports is easily the most ridiculous. Even if there were rules that could magically create an even playing field (which is doubtful), they don’t exist yet.

But with 60 votes in the Senate, it would become a reality — a legal necessity, even — in every state in the nation. That’s just as “striking and revealing” as who the Senate chose to hear from last Wednesday.

Apparently, hearing the facts from the athletes themselves was too dangerous to the narrative.