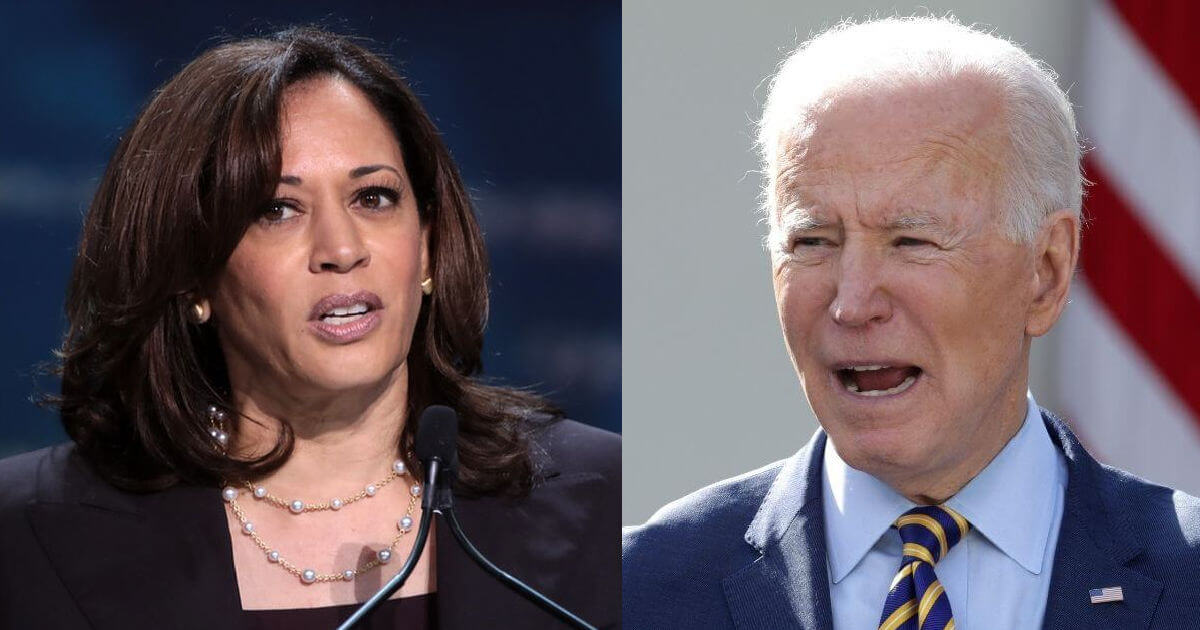 Earlier this week, Vice President Kamala Harris laughed at a reporter when she was asked whether or not she would be visiting the southern U.S. border to get a read on what’s happening on the ground there.

But just a few hours ago, the vice president seemingly changed her tune with concern to her reaction of how serious the border crisis is becoming. While she didn’t use the banned “c-word” (crisis), she seemingly broke ranks with her own administration and admitted that, yes, there is definitely an issue.

“Look, it’s a huge problem. I’m not going to pretend it’s not,” Harris said in a Wednesday morning interview with CBS, according to the Washington Examiner. “Are we looking at overcrowding at the border in particular of these kids? Yes.”

“Should these kids be in the custody of HHS, the Health and Human Services Department, instead of the Border Patrol? Yes,” Harris said, adding that she believes it’s a problem that won’t be solved “overnight.”

The interview sounded like damage control for her laughing-off a reporter stint earlier this week. She pledged in the interview to eventually visit the border with her boss, but failed to provide any detail on when that might happen.

“I’ve been down to the border. And our Secretary of the Homeland Security Alex Mayorkas has been down there twice,” she added. “Yes, we will go.”

While it’s a start, it would behoove her and make for much better optics if she plans that trip sooner than later. That’s because the crisis took a turn for the worse this week as pictures were released of the deteriorating conditions inside the facilities housing thousands of unaccompanied minors. The tents, or “pods” as they’re called, are almost all far over the intended capacity.

Not only are conditions worsening, but due to the sheer volume of daily border jumpers — many of them children — the minors are being held much longer than the federally-mandated 72-hour hold. Adding to the chaos are reports that many illegals are being detained and then released onto U.S. soil without being provided a court date.

The White House announced on Wednesday morning that unnamed staffers and members of Congress will be visiting a youth holding facility in Carrizo Springs, Texas, but with only one member of the press allowed to go along with them, presumably to maintain a grip on damage control.

The trip was labeled as a “surprise visit,” which is certainly not the case as it was widely reported on Wednesday, likely giving the facility plenty of notice to “tidy up” the place for the best PR optics.

Maybe someday the president and vice president will do their actual jobs and address the number one issue facing the country at the moment, but I wouldn’t advise anyone to hold their breath in anticipation.