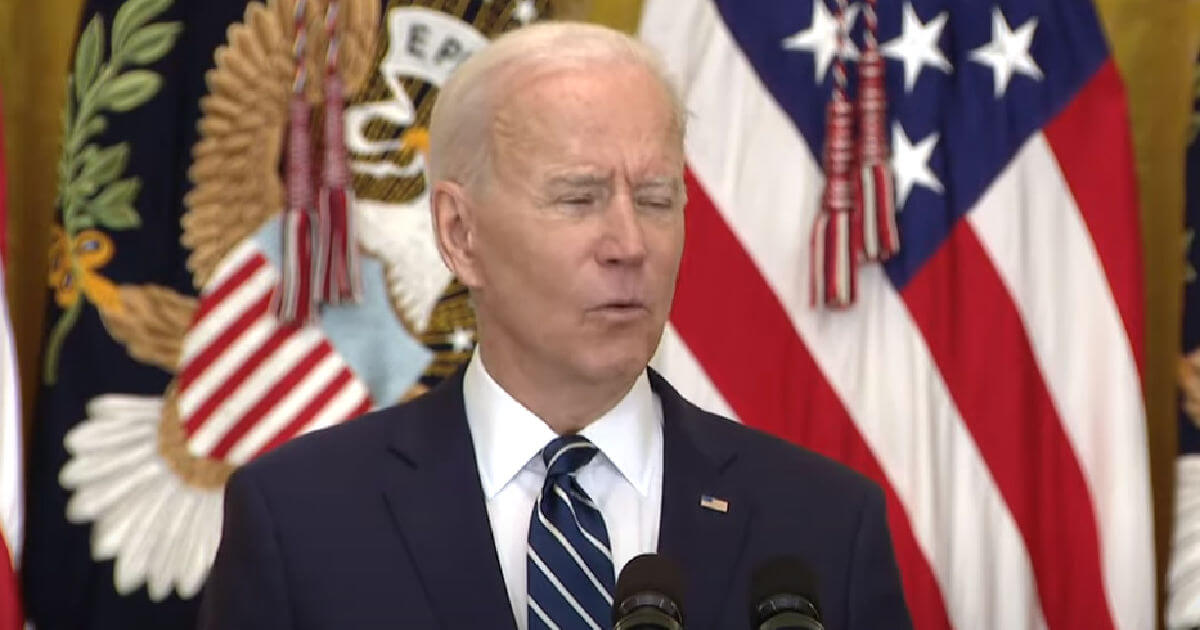 If the point of this news conference was confidence, it might have missed by a mile.

President Joe Biden’s first foray into the allegedly unscripted world of the presidential news conference – a medium his predecessor handled with ease – showed some serious drawbacks in the chief executive’s abilities.

And lapsing into nonsense at one point only made those doubts all the worse.

Check out this particularly cringe-worthy moment.

So… @JoeBiden‘s press conference is going just about how you’d expect. pic.twitter.com/8V7stcpueW

There’s no other way to put it than that’s simply embarrassing.

And the country noticed.

This is why they are hiding this man from the public.

This was the moment for me… that will define this press conference. Maybe his presidency.

This is so pathetic and sad, we are the laughing stock of the world!

There were no doubt times during the Donald Trump presidency when his supporters regretted his bull-in-the-china-shop approach to political problems.

There were no doubt times went Trump supporters were driven to the defensive when he went over to the offensive in a way that was simply too offensive.

But never, in the four years in the Oval Office, did Trump embarrass himself, his supporters or his country by so clearly losing the thread of his thought and then trying to pretend it never happened.

And if he had, he would not have been dealt with so gently by a supportive press corps that was clearly willing him to succeed.

After a rocky start for an administration that’s been plagued by self-inflicted wounds such as the illegal immigrant crush at the southern border, this was Biden’s chance to reintroduce himself to the country in what was arguably the most important news conference of his life.

Unfortunately for the president and his party, the only confidence this moment built was the confidence of 75 million Trump supporters that they were right all along.