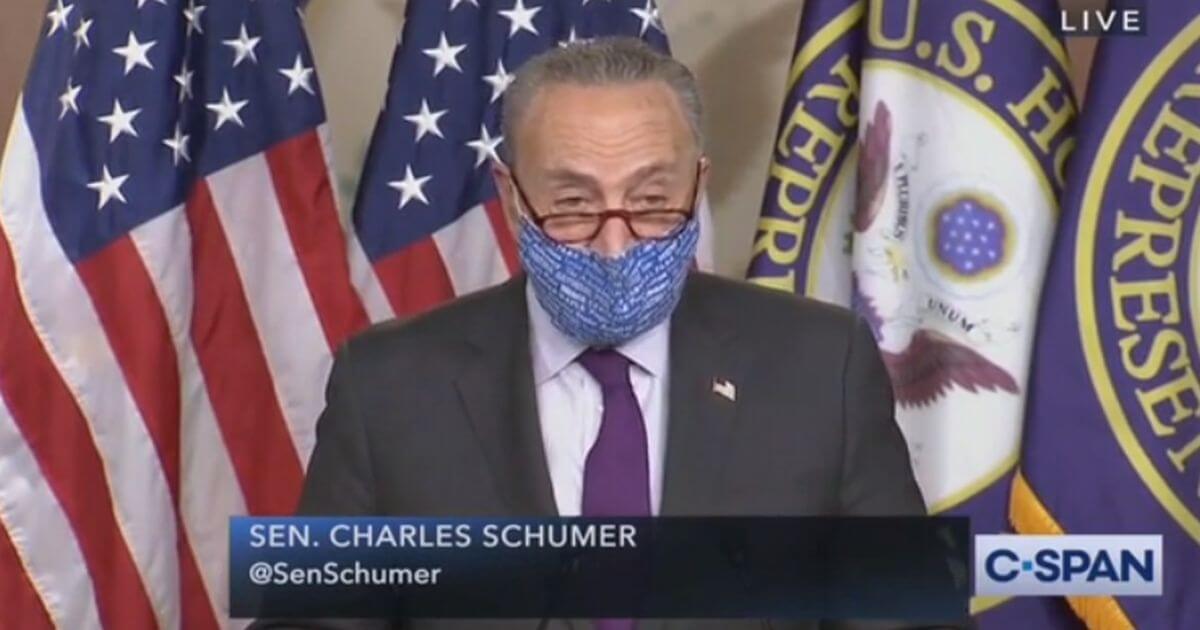 As Democrats try to use two recent mass shootings to justify pushing gun control legislation that would outlaw rifles such as the popular AR-15 platform, it’s worth noting that knives, hands and feet actually kill more people than rifles, according to data on homicides compiled by the federal government.

According to numbers from the FBI’s Uniform Crime Reports program, which tracks a variety of data from crime across the nation, Democrats would be attempting to ban knives and clubs if they were truly serious about saving lives.

They are, of course, not serious about undertaking such an endeavor to preserve life.

Legislation such as Democratic Sen. Dianne Feinstein of California’s Assault Weapons Ban of 2021 and the recently introduced House bills HR 8 and HR 1446 is designed to chip away at Americans’ individual liberties to buy and own firearms. Democrats particularly have it out for what they call “assault rifles,” as these individuals are not literate with regard to guns and gun ownership.

What’s so often misrepresented as an “assault rifle” by anti-gun activists is just a run-of-the-mill semiautomatic rifle that looks menacing to people who are under the impression that certain cosmetic features — often plastic — make these guns more deadly than something like a .223 bolt action rifle.

But shootings such as those that occurred in Georgia and Colorado this month have now given them a pretext to go after firearms — and particularly rifles.

These Democratic bills were introduced before either of those senseless massacres. Now, the shootings are being used as a justification for why they were written.

As the anti-gun lobby jumps into its familiar hyperbole, everyone should take a look at some especially surprising statistics from the FBI.

According to data compiled about homicides across the country in 2019, which is the most recent year about which such data is available, 10,258 were killed by guns that year. The vast majority of those guns were not the dreaded semiautomatic rifles Democrats want to ban.

The FBI reported handguns killed 6,368 Americans in 2019 while shotguns were responsible for 200 deaths nationwide.

Forty-five people were killed with weapons broadly designated as being from some “other gun.” There were an additional 3,281 gun deaths in which the weapon used was not specified by the FBI.

Shockingly, only 364 people were killed by rifles, which is but a fraction of all gun deaths and doesn’t square up with all of the rhetoric coming from Washington.

Another surprise: Cases where a person was killed by another person’s hands, fists or feet outnumbered homicides carried out using rifles by a pretty big margin. Per the FBI, 600 people were killed in 2019 by the use of human extremities.

Meanwhile, simple weapons or objects that can be found just about anywhere killed more people in 2019 than rifles. Per the FBI, 1,476 Americans were killed in 2019 by “knives” or “cutting instruments,” while “clubs,” “hammers” and other “blunt objects” were used to kill 397 people.

Ideally, we would all live in a world where none of these murders occurred and the entire “true crime” genre of television disappeared forever while Democrats could get their wish: police stations that are forever closed.

We don’t live in that world. We live among sick, evil, vile, nihilistic, morally bankrupt and disgruntled people who commit horrendous atrocities.

But if we’re being honest about the numbers, AR-15 rifles are not killing people with an alarming frequency.

Democrats ought to start talking about banning paperweights and household tools if they want anyone to believe these recent pieces of gun-grabbing legislation are about preserving life.

All homicides matter — not just the ones committed by people armed with rifles.

President Joe Biden’s Tuesday talk of banning “assault rifles” is about nothing more than attempting to outlaw something that represents the American spirit of independence for millions of people.