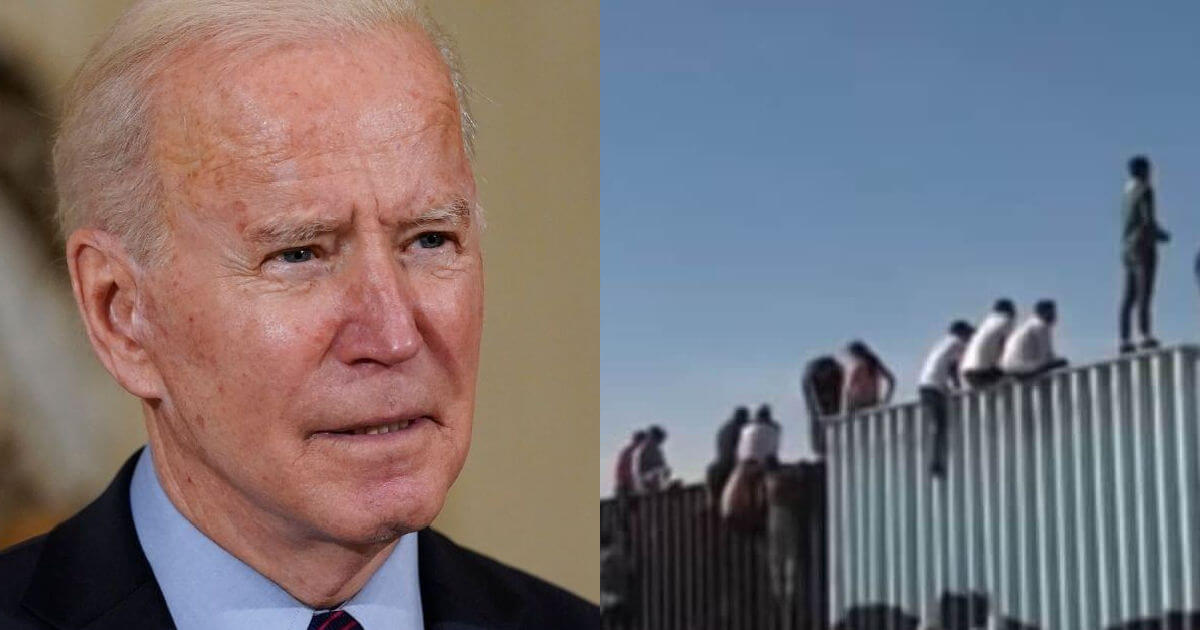 The Biden administration is sticking its head in the dirt with regard to international affairs.

Amid President Joe Biden’s growing border disaster, where the Department of Health and Human Services is scrambling to find a place for unaccompanied minors in the custody of border patrol, Secretary of Defense Lloyd Austin sent an order to the Pentagon directing Northern Command to provide housing for incoming migrant children, according to CBS News.

The order was approved Wednesday, according to a statement released the same day.

The #Pentagon approved a request for assistance from the @HHSGov to temporarily house unaccompanied minors at 2 #Texas military facilities. https://t.co/ucbof9DtKW

John Kirby, spokesman for the Pentagon, said the HHS will “temporarily house unaccompanied migrant children” in two vacant military bases — Joint Base San Antonio in Lackland, Texas, and “an area of land on Fort Bliss, Texas.”

“DoD will provide HHS officials access to these locations immediately to begin initial actions to prepare for receiving unaccompanied migrant children as soon as preparations are complete,” Kirby continued.

“This support will be on a fully-reimbursable basis, and will not negatively affect military training, operations, readiness, or other military requirements, including National Guard and Reserve readiness. HHS will maintain custody and responsibility for the well-being and support for these children at all times on the installation.”

The deal seems great — the HHS is still moving illegal aliens inside the country, but they’re being put into military bases instead of random border communities. The HHS is completely responsible for the care of these children, meaning the national guard ideally won’t need to babysit them.

It would be much better than the current hand Americans are being dealt, if it weren’t for our greatest enemies.

While the Biden administration has made increasingly desperate attempts to house children they shouldn’t even be responsible for, China, Iran and North Korea have been preparing for war for years and are now being shown a golden opportunity.

Chinese President Xi Xinping said during an annual legislative session two weeks ago in Beijing that China’s military needs to “coordinate the relationship between capacity building and combat readiness” in order to prepare for the construction of the modern socialist state.

In practice, this means using force to grow their sphere of influence to the extent it directly combats American presence and our allies. Commander of United States Indo-Pacific Command Adm. Philip Davidson testified before the Senate Armed Services Committee, saying, “[The People’s Republic of China’s] rapidly advancing capabilities and increasingly competitive posture underscore its drive to become a regionally dominant, globally influential power.

“Beijing is growing increasingly confident, and PRC leaders have demonstrated a willingness to accept friction to pursue a more expansive set of political, economic, and security interests.”

Meanwhile, CNN last week citing anonymous officials reported U.S. intelligence believes North Korea may be “preparing to carry out their first weapons test” since President Joe Biden’s inauguration. North Korea has been known to be stubbornly aggressive, as it has carried out weapons tests upon the arrival of new U.S. and South Korean administrations for years.

“We take this opportunity to warn the new U.S. administration trying hard to give off powder smell in our land,” she said last week. “If it wants to sleep in peace for coming four years, it had better refrain from causing a stink at its first step.”

Iran isn’t being quiet about its disrespect toward the U.S., either. The nation has outright refused any attempt from Biden to mend relationships, only agreeing to begin talks with the U.S. on rejoining the Iran nuclear deal last month.

While the president is busy attempting to appease the nation, Iran is slowly becoming more confident in its attacks. Earlier this month month, an Iraqi airbase housing American soldiers was struck by rockets, with Iraqi officials reportedly issuing “carefully crafted” statements insinuating the Islamic Republic was at the attack’s head, according to U.S. News & World Report.

Our military may not be directly involved in taking care of migrant children, but if the HHS continues to hamper something as strategically important as the headquarters for the Department of Defense with a crisis the administration can’t even admit to, the three greatest threats to the United States will all but watch the pearly gates open as they prepare to strike.

"This whole things is ridiculous"