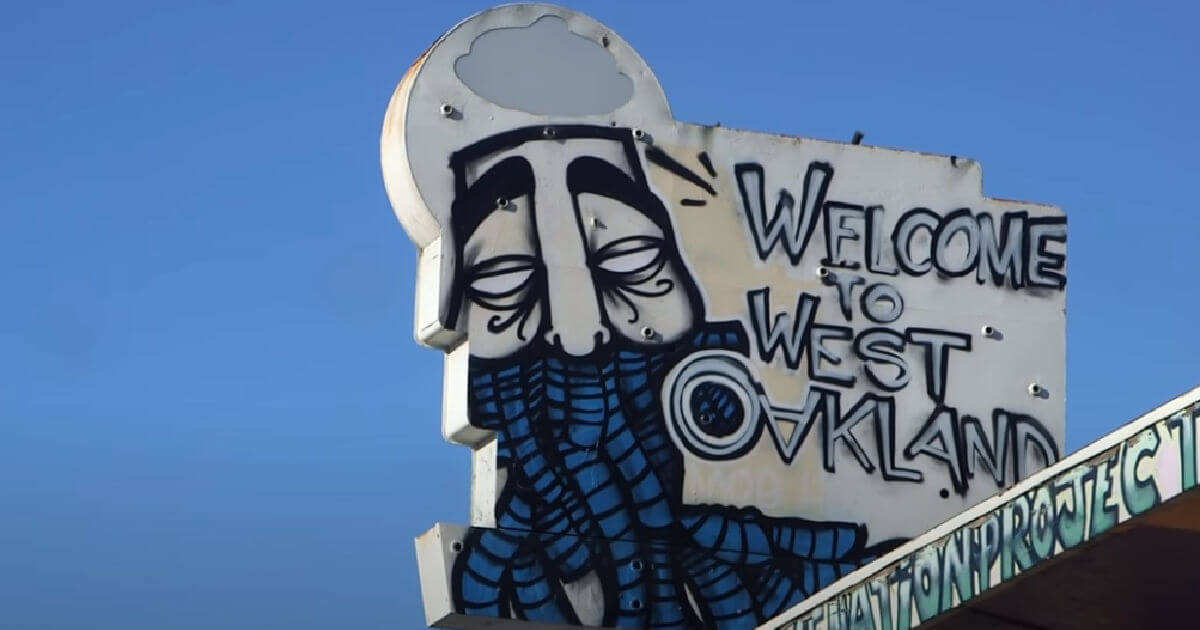 It’s perhaps the most California thing ever.

In Oakland, the city is trying out a $500 “guaranteed income” program. Oakland Resilient Families, which is raising money through private donors, currently has $6.75 million in its coffers, and it’s going to give it all away to struggling families.

If you’re a struggling family in the Bay Area city, you can get paid each month with no strings attached on how you spend it.

There is one very big string attached to who gets it, though: You can’t be white.

According to The Associated Press, the program, which was announced Tuesday by Oakland Mayor Libby Schaaf, will give money only to “low-income families of color.”

“We have designed this demonstration project to add to the body of evidence, and to begin this relentless campaign to adopt a guaranteed income federally,” Schaaf said.

On the program’s website, Oakland Resilient Families says that it aims to “[a]dvance strategies to eliminate racial disparities in economic stability, mobility, and assets through a guaranteed income” and to “[h]elp participating families move from crisis to resilience to thriving in the wake of COVID-19.”

That’s all well and good, until you see that the privately run program is supposed to “change the narrative” too.

“Through storytelling and data, uplift the truth that poverty is a systems failure — not a personal failure,” the website reads.

Schaaf echoed that sentiment in a statement on the city’s website, saying, “The poverty we all witness today is not a personal failure, it is a systems failure.”

“Guaranteed income is one of the most promising tools for systems change, racial equity, and economic mobility we’ve seen in decades,” she said. “I’m proud to work with such committed local partners to build a new system that can help undo centuries of economic and racial injustice, and point us all toward a more just society.”

As reported by the AP, “Half the spots are reserved for people who earn below 138% of the federal poverty level, or about $30,000 per year for a family of three. Participants will be randomly selected from a pool of applicants who meet the eligibility requirements.

“Everyone in the program must have a child under 18 make less than 50 percent of the median income for the area, which comes out to $59,000 for a family of three. Oh, and not be white.

“Oakland’s project is significant because it is one of the largest efforts in the U.S. so far, targeting up to 600 families. And it is the first program to limit participation strictly to Black, Indigenous and people of color communities.”

There are two reasons for excluding whites, one semi-reasonable and one thoroughly outré.

The first reason, ostensibly not wholly illogical, is that white households in Oakland make roughly three times as much as the average black household, according to data from the Oakland Equity Index. It’s worth noting that doesn’t mean there aren’t white families in poverty — it’s just that the data tends to reinforce the archetype of wealthy white Bay Area types.

The second reason, significantly more inane, is that the Black Panther Party was started in Oakland and one of the tenets of the movement was a basic income supplied by the government.

“Guaranteed income has been a goal of the Black Panther platform since its founding,” said Jesús Gerena, according to the AP. He’s the CEO of the Family Independence Initiative, which is partnering with Oakland.

“Direct investment in the community in response to systemic injustices isn’t new.”

The Panthers did invest in the community in Oakland. It was also something of an open secret some of the money to pay for the Black Panthers’ community initiatives, such as their much-touted free school breakfast program, likely came from shakedown operations of unfavored businesses in the city.

“One liquor store owner fought a Panther picket line rather than make donations, and bar owners told of being required to pay tribute,” The New York Times reported in 1979.

In a 1987 Mother Jones article, staff from 1960s-era Bay Area radical magazine Ramparts said they would jokingly refer to the Panthers’ Oakland shakedown operations as the “People’s Tax.”

One hopes this isn’t what the new program is a nod to. Even if you want to romanticize and venerate the Black Panthers, hiding behind a radical movement from a half-century ago as an explanation for why your city’s thoroughly racist guaranteed income program is actually anti-racist is pretty rich.

Oakland’s initiative isn’t the first guaranteed income pilot program, of course. The AP notes that ideas for basic income began in the 18th century and saw other pilot programs launched under the Nixon administration.

Andrew Yang, one of the more tolerable Democrats in the 2020 field, is also a major proponent of guaranteed income and currently leads in polling for the New York mayoral race, so you could see this program in America’s largest city.

However, Oakland’s initiative is one of the largest test programs of guaranteed income in the United States.

It’s also a racist mess parading under the banner of woke equity-making.

Flip-Floppy Biden Just Declared Filibuster a 'Jim Crow' Relic, But Praised and Defended It in 2005