‘This pathogen in Wuhan was from a laboratory, you know, escaped’ 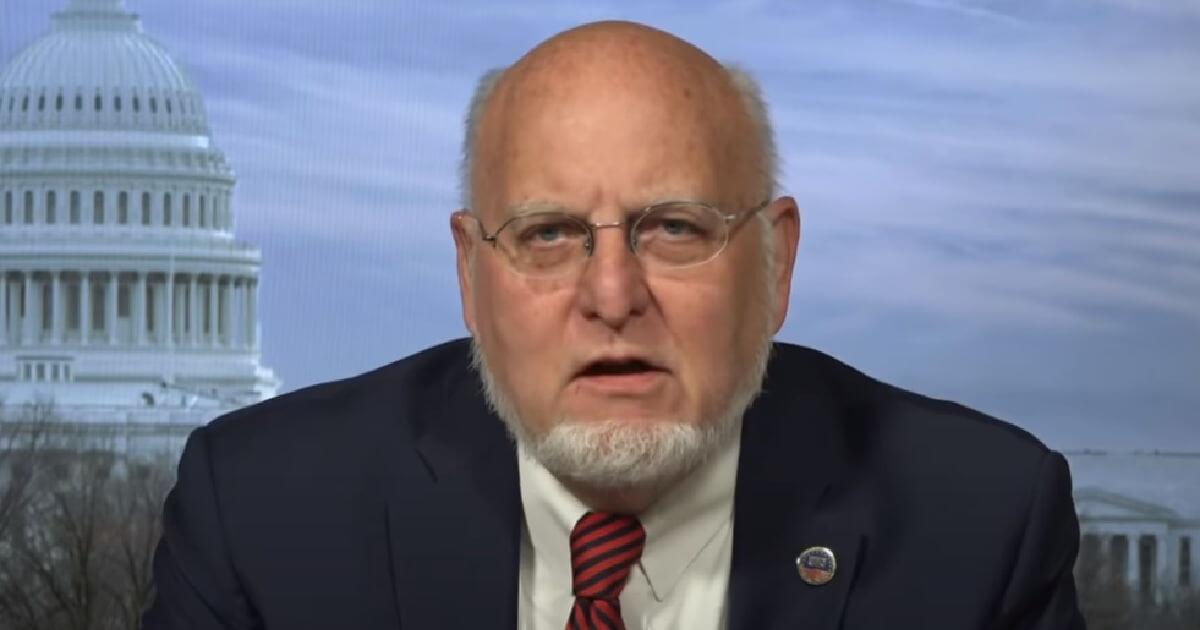 Former director of the U.S. Centers for Disease Control and Prevention (CDC) Robert Redfield dropped a bomb on Friday, saying that he believes the virus that causes COVID-19 did, in fact, originate from a Wuhan-based laboratory — which has been written off by the mainstream media and pundits as a conspiracy theory.

Of course, that was because former President Donald Trump made those claims and since he’s not a scientist or expert in infectious disease, anything he said about it was completely ignored or laughed at.

But now that Redfield made the claim, given his expertise in running the world’s most sophisticated and respected infectious disease agency, the media will be forced to pay attention.

The former director of the U.S. Centers for Disease Control and Prevention (CDC) said he believes the coronavirus that causes COVID-19 likely escaped from a lab in Wuhan, China, embracing a theory rejected by many global epidemiologists that has contributed to tensions between China and the West.

“I still think the most likely ideology of this pathogen in Wuhan was from a laboratory, you know, escaped,” Robert Redfield, who headed the CDC in the Trump administration, said in a televised interview with CNN.

“It’s not unusual for respiratory pathogens that are being worked on in a laboratory to infect a laboratory worker,” he said.

Redfield said that he thought it unlikely a disease that originated in bats – as many experts believe – so swiftly “became one of the most infectious viruses that we know in humanity for human-to-human transmission,” but added that he was not saying release of the virus was intentional.

Redfield’s opinion was in line with other Trump administration officials such as former Secretary of State Mike Pompeo, who said recently that there was a “significant amount of evidence” that the virus came from a lab, without providing any evidence.

Most believe that the virus was circulating for a month or more before it was clinically recognized in China, and that in that time it could have adapted itself to more efficient transmission between humans, said Fauci, director of the National Institute of Allergy and Infectious Disease.

A World Health Organization report on its investigation into the origins of the coronavirus is expected soon. The head of the WHO-led team in February said bats remain a likely source and effectively ruled out a lab leak.

Redfield’s comments come at a time when tensions between the U.S. and China are escalating once again now that dementia-ridden President Joe Biden is in charge.

Secretary Pete Buttigieg Wants To Tax You By The Mile To Pay For Insane, $5 Trillion Infrastructure Bill

Donald Trump Fires Back Against Biden's Blatant Lies During Press Conference: 'It's Just the Opposite'