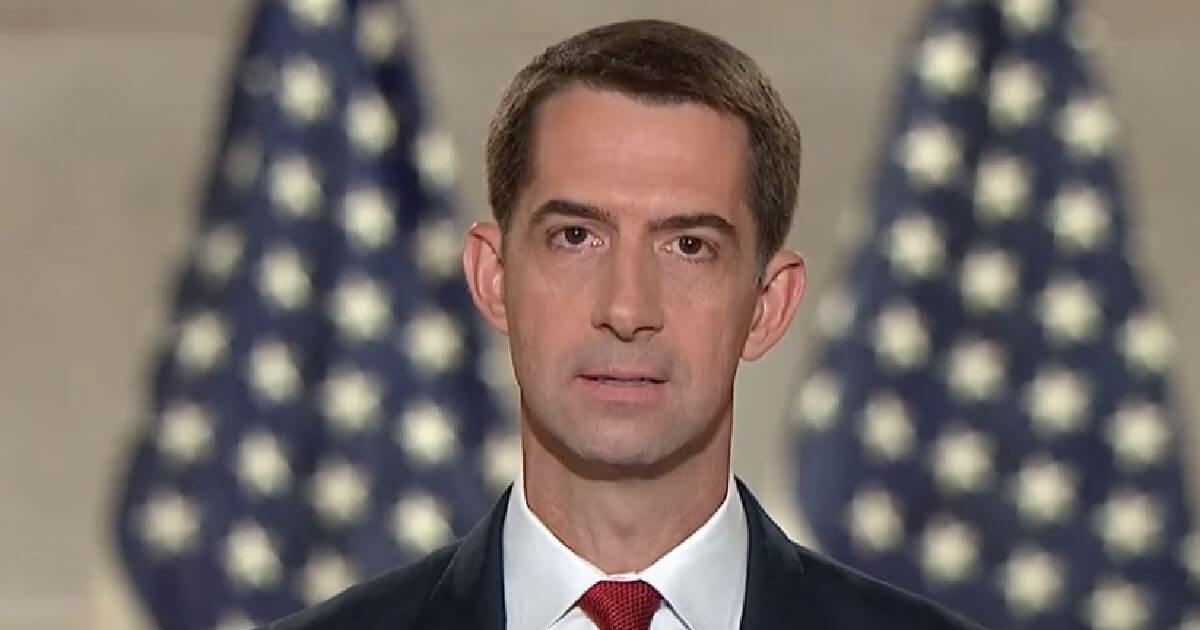 A controversial academic philosophy dealing in racial stereotyping and racial scapegoating is currently being disseminated within the armed forces under the guise of “diversity” trainings.

The philosophy, known as critical race theory, has been included in various mandatory military courses and reading materials on “white privilege,” “white fragility” and “anti-racism,” all of which are ideas that fundamentally reject the civil rights movement, the liberal notion of equality and the colorblind ideal.

In response to these trainings, Republican Sen. Tom Cotton of Arkansas introduced legislation to Congress on Thursday that would ban the teaching of CRT within the United States military.

“Our military’s strength depends on the unity of our troops and the knowledge that America is a noble nation worth fighting for,” Cotton said when introducing the legislation, according to Fox News.

“Critical race theory teaches that race is a person’s most important characteristic, and that America is an evil, oppressive place. That idea may be fashionable in left-wing circles and college classrooms, but it has no place in our military,” he continued.

“Not only will such racist ideas undermine our troops’ faith in each other, they’ll also erode their trust in our country’s guiding principles. The United States military shouldn’t be promoting such divisive, un-American ideas.”

“Such theories encourage people to judge and treat others differently on the basis of their race, rather than treating them as equal citizens and human beings with equal dignity and protection under the law.”

“Anti-American and racist theories, such as Critical Race Theory, teach students to distrust and even hate their country and fellow citizens. The United States Armed Forces should not promote or otherwise encourage anti-American and racist theories that demoralize and divide its members while undermining its mission to ‘bear truth faith and allegiance’ to the Constitution.”

More specifically, the bill seeks to ban the following “racist theories” from being taught with the endorsement of the U.S. military:

— “Any race is inherently superior or inferior to any other race.”

— “The United States of America is a fundamentally racist country.”

— “The Declaration of Independence or the United States Constitution are fundamentally racist documents.”

— “An individual’s moral character or worth is determined by his or her race.”

— “An individual, by virtue of his or her race, is inherently racist or oppressive, whether consciously or unconsciously.”

While the “promotion” of such ideas would be banned within the armed forces, the bill would not “restrict the protected speech of members of the Armed Forces or an individual.”

Elaborating further, the bill states these theories can be disseminated for “the purpose of research or independent study” and “contextual education.”

Therefore, the theories could still be taught, as long as it is “in contexts that make clear the United States Armed Forces and Department of Defense does not sponsor, approve, or endorse such theories or works.”

Each of the aforementioned “racist theories” can be found within the framework of critical race theory.

For instance, the concept of “white privilege” in CRT assigns collective guilt to individuals “by virtue of his or her race” and contends white people and the forces of “whiteness” are inherently racist and oppressive.

While traditionally thought of as racial prejudice, CRT opts for a more opaque definition, describing racism as a system of hidden forces oppressing racial minorities that have permeated American society.

Since CRT is rooted in theory and interpretation, it requires activists to expose these hidden forces but does not require them to back up claims of racism using any sort of rigorous scientific analysis.

What this often leads to is CRT proponents levying accusations of “racism” whenever they see a racial disparity in society, even if said disparity can be explained through other variables such as differences in culture and demographics.

Despite the strange, pseudo-scientific nature of CRT, many members of the Democratic Party remain opposed to bills like Cotton’s, often arguing such legislation bans imperative diversity training meant to combat racial bias.

However, according to James Lindsay, one of the most influential voices in the anti-CRT movement, such arguments are “completely false.”

“It is a completely false claim within Critical Race Theory that the only legitimate way to approach the issue of diversity training is by including Critical Race Theory, which is the source of such arguments,” Lindsay told The Western Journal via email.

“This is a preposterous claim that everything in American history, from the Constitution through abolition through the Civil Rights Movement refutes.”

“Our motto from the beginning has been a testament to diversity done the right way: E Pluribus Unum, From Many, One.”

Are Whites Really To Blame For Mass Shootings? Photos Reveal The Truth