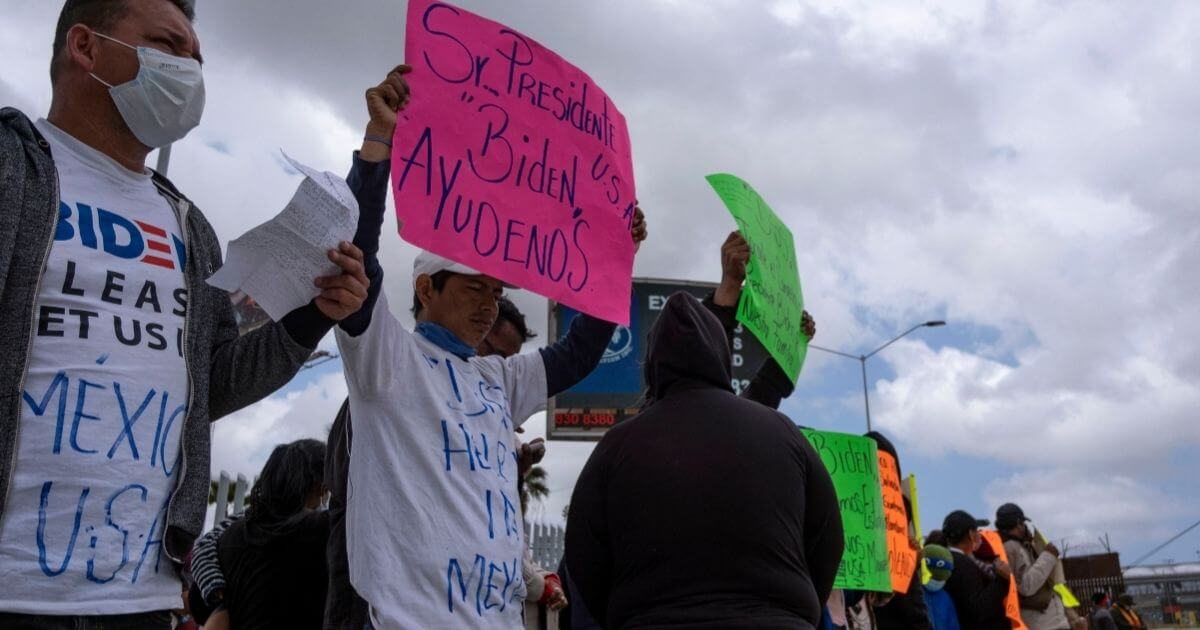 This is the man running for re-election in 2024?

Republican Sen. James Lankford of Oklahoma tweeted a video Friday of one border facility in Donna, Texas, holding illegal immigrants — and the sights it reveals are truly petrifying.

Based on Lankford’s statistics, the Donna, Texas, facility is currently operating at nearly 9 times its intended capacity. Lankford tweeted a “side-by-side” comparison Thursday as well, comparing his recent experience with his 2019 trip to the border — while former President Donald Trump was in office.

For a side-by-side comparison, the first photo is from my trip to the border in 2019–the second is from today. Plenty of space to walk around and safely spread out. Tell me this isn’t a crisis. https://t.co/ING6lsNYor pic.twitter.com/ujQXNxkQKD

The 709 illegal immigrants Lankford mentioned, most of them unaccompanied minors and family units, are continuously crammed into border facilities like the one the senator showcased as a result of the immigration policy of Department of Homeland Security Secretary Alejandro Mayorkas.

Mayorkas stated in a news release last week that the DHS is expelling most single adults as well as family units, but “not expelling unaccompanied children.” Unfortunately for Mayorkas, this initially compassionate policy has actually forced Border Patrol agencies to keep over 13,000 unaccompanied minors in custody and has put one border facility at 729 percent capacity.

These policies aren’t “humane” or sympathetic, especially not as America continues to battle a global pandemic — one which President Joe Biden himself seems severely concerned with. Instead, they simply serve as a catalyst.

Thankfully, politicians like Lankford are attempting to show the public what’s really happening on the border.

As Biden was busy making utterly false claims about immigration in an attempt to somehow guard himself against the crisis he and his policies created during Thursday’s news conference, a group of 18 U.S. senators was already on the border, trying to uncover what the Biden administration has tried to cover up.

The administration has issued a quasi-gag order to border officials, claiming to limit information leaks, according to anonymous Customs and Border Protection personnel who spoke with NBC News. Reportedly, border agents and other law enforcement members have been directed to deny requests for “ride-alongs” with agents.

Further, NBC News reported that all requests for photos from inside overcrowded border facilities, as well as access to those facilities from various media organizations including NBC, have been denied.

Instead, the administration is allowing access to relatively cleaner facilities, like the one in Carrizo Springs, Texas, in the name of continuing the “process of providing greater access to the media,” in the words of White House press secretary Jen Psaki.

This is what Biden needs to see, and it’s only a sliver of evidence pointing toward the true crisis at the border — the pile of which only continues to grow.

I was out with Border Patrol last night in McAllen, TX. There’s no question the border is OPEN. America welcomes legal immigrants from all over the world, but this is out of control illegal immigration. This has to stop now. pic.twitter.com/k6IfXdzaz9

The senator is right — the border is open, as he demonstrated with another video he tweeted last week, showcasing a massive portion of the incomplete border wall in Arizona. Lankford tweeted, “It makes no sense.”

I visited the AZ border yesterday. You can see giant gaps in fence- it’s ridiculous it’s 95% done & won’t be completed. This is a problem created by Biden’s administration–stopping construction weakens effectiveness of the fencing structure and the technology. It makes no sense. pic.twitter.com/aiB2bdOx8r

According to Lankford, buses at the makeshift McAllen processing center take processed migrants to the center of the city and release them, at which point they can travel “anywhere in the country.”

As the senator stated, “processing areas” like the ones in McAllen and Donna are precisely what the Biden administration does not want Americans to see.

As the president’s team hid him from the country during the 2020 election, they’re now attempting the same strategy to hide the ramifications of Biden’s disastrous immigration policy.