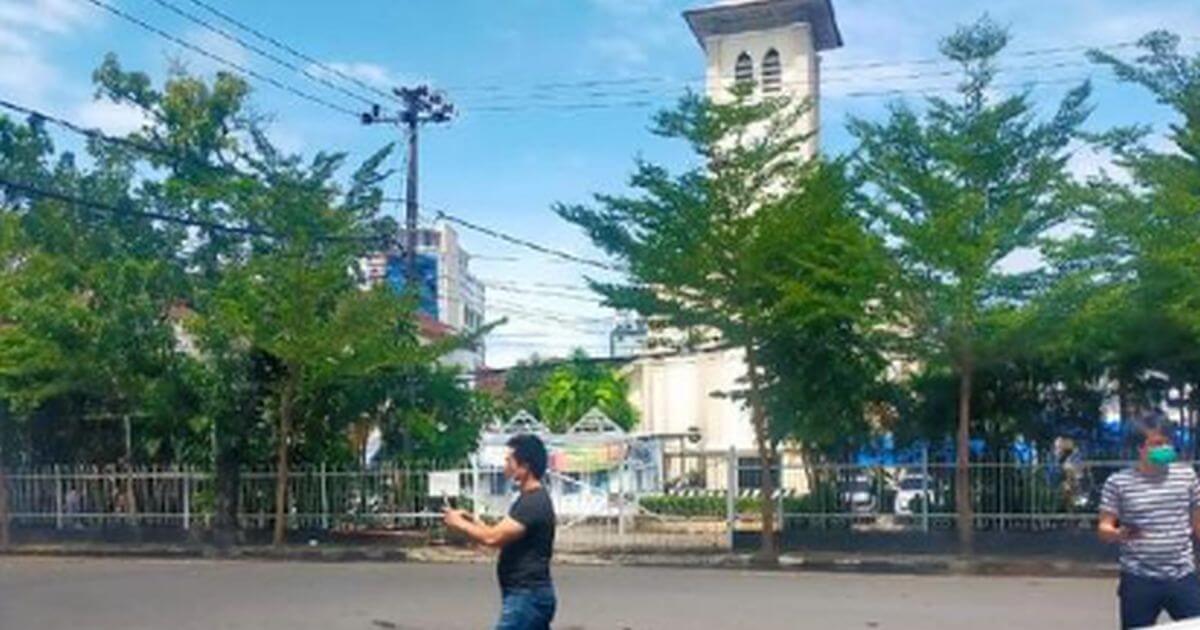 (Reuters) – Two suicide bombers believed to be members of an Islamist militant group attacked a Catholic church in the Indonesian city of Makassar on Sunday on the first day of the Easter Holy Week, wounding 19 people, police said.

The mass was finishing when the attackers detonated at least one device outside the church. The two suspects were the only fatalities.

Police chief Listyo Sigit Prabowo said the bombers were both believed to belong to the Islamic State-inspired Jamaah Ansharut Daulah (JAD), which is suspected of suicide attacks on churches and a police post that killed at least 30 people in the city of Surabaya in 2018.

Around 20 suspected JAD members were arrested in January. The group is also believed to have been involved in a bomb attack on a Philippine church in 2019 that killed more than 20 people.

“They are part of that group … They carried out the attack with a pressure cooker bomb,” Listyo said.

In an online broadcast, President Joko Widodo condemned “this act of terrorism,” urged people to remain calm, and said the government would make sure they could worship “without fear.”

Police said the suspects had tried to enter the church’s grounds on a motorbike. Security camera footage showed a blast that blew flame, smoke and debris into the middle of the road.

A security source who was not authorized to speak to media said they were a male college student and his female partner.

Makassar, the biggest city on the island of Sulawesi, reflects the religious makeup of Indonesia, which is the world’s largest Muslim-majority country but has a substantial Christian minority, among other religions.

“Whatever the motive is, this act isn’t justified by any religion because it harms not just one person but others, too,” Religious Affairs Minister Yaqut Cholil Qoumas said in a statement.

Pope Francis prayed for the victims of the attack, according to Vatican Media.

Gomar Gultom, head of the Indonesian Council of Churches, described the attack as a “cruel incident” as Christians were celebrating Palm Sunday, and urged people to remain calm and trust the authorities.

Indonesia’s deadliest Islamist militant attack took place on the tourist island of Bali in 2002, when bombers killed 202 people, most of them foreign tourists.

The attack happened at the Sacred Heart of Jesus Cathedral in Makassar, Indonesia, as a round of mass was wrapping up. Indonesian President Joko Widodo condemned the bombing as an “act of terrorism.” https://t.co/Ghw6j3rZbF

Urgent prayer request – there has been a church attack in Indonesia.

Church-goers have been injured in a suicide bombing outside a church in Indonesia, which was holding a Palm Sunday service. pic.twitter.com/6f6DILi3IN

Biden Regime Ordered Deletion of Photos of Migrant Facilities by US Senators, "We Were Muzzled"