If Liberals Really Cared About Women, They’d End the ‘Equality’ Act Before Women’s History Month Is Over 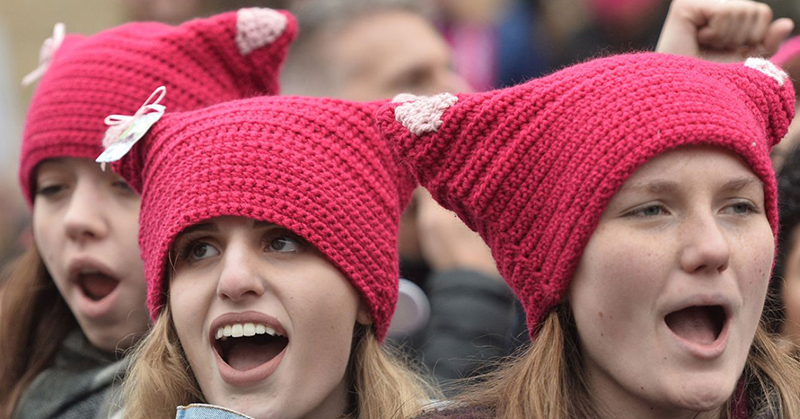 Each year, March is celebrated as Women’s History Month. What began as a celebration of women’s contributions to history and culture in a school district in Sonoma, California, in the 1970s later was formally recognized as National Women’s History Week by President Jimmy Carter in 1980.

Just a few years later, in 1987, President Ronald Reagan expanded the weeklong celebration to an entire month. And every president since Reagan has recognized Women’s History Month.

But during this year’s celebration, we would be remiss if we did not pause to point out the action our government has taken this very month to undo the hard-fought progress of women of our past.

The House of Representatives voted 224 to 206 on Feb. 25 to pass the Equality Act. The bill now resides in the Senate awaiting a vote, and President Biden has already vowed to sign the bill into law.

If gender identity and sexual orientation become a new protected class under federal law, as the Equality Act stipulates, then biological men will be permitted to use women’s restrooms, locker rooms and any facility designated for women. But the risk goes even further than grave privacy concerns. Opportunities designed specifically for women will become a thing of the past.

Women on both sides of the political aisle recognize that passage of the Equality Act would have detrimental consequences. Two organizations committed to women’s rights, one conservative and another liberal, recently joined forces in opposition to this legislation, stating in part, “Making ‘gender identity’ a protected characteristic under federal law would erase the protected category of sex.”

The very biology that makes a woman a woman is being erased and ignored, and this dangerous denial of science steals opportunities from girls and women.

Recently, two biological males, self-identifying as women, competed in the Women Connecticut Track State Championship and took first and second place. This meant college scouts overlooked the women who took third and fourth place, stripping them of their opportunities for college scholarships. A female runner who suffered these consequences said, “We all know the outcome of the race before it even starts. It’s demoralizing.”

The South Dakota legislature is one of the latest states to pass legislation through the House and Senate that protects girls’ and women’s sports. On International Women’s Day, Gov. Kristi Noem promised to sign the legislation, yet in a matter of weeks, she caved under political pressure from the bill’s opponents and refused to sign the bill. She sent it back to the legislature, requesting they remove the provisions related to college athletics.

Gov. Noem seems to believe female athletes deserve opportunities in K-12 but not in collegiate athletics.

Women deserve better. Women should have a fair shot at college scholarships and the opportunity to compete at the highest levels. Conservatives and people of faith are disappointed in Gov. Noem’s about-face and her refusal to do what is right on behalf of girls and women in the state of South Dakota.

If the Equality Act becomes law, the assault on women’s rights will not stop at sports. The most fundamental human right — freedom of religion — will also be greatly diminished, as the right to freedom of conscience and religion will take a back seat to the preferences of transgender individuals.

This is not a cultural debate about the rights of transgender individuals to live freely in the United States, as that right is already afforded to every American regardless of their gender identity or sexual preferences.

Instead, this is about something much bigger: It is an ideological war in which progressives wish to force everyone to believe exactly as they do, coercing people of faith to abandon their beliefs about God’s creation of gender as male and female.

We’ve already seen some examples of sexual orientation and gender identity (SOGI) laws and ordinances codified in cities and states across the country. Their startling effects have required individuals to defend themselves in court for exercising their right to free speech and living out their traditional faith values.

In Colorado, Jack Phillips spent years in legal battles because he chose not to make a wedding cake for a gay couple. Now, he’s facing legal action because he would not make a celebratory “gender transition” cake because it violated his religious beliefs.

Insurance companies and hospitals will have no choice but to provide gender reassignment surgeries and therapies, which will mean Christian nurses and doctors will have to participate in these procedures and choose between their freedom of conscience and keeping their jobs.

This dangerous legislation takes us backward, not forward. In essence, it spits on the legacies of women who have gone before us to ensure women’s opportunities are protected. It will rob girls and women of opportunities while also denying women, and all people of faith, their fundamental God-given right to religious freedom and freedom of conscience.

As Jason Yates, CEO of My Faith Votes, says, “We lose all progress when we force women to adhere to a cultural delusion that denies basic anatomy and biology, all for the sake of political correctness. Our daughters deserve better.”

The Equality Act’s fate is now in the hands of our senators. More than ever before they need to hear from people of faith, specifically women, voicing strong opposition to this policy.

We must prioritize conversations about this legislation with our neighbors, family and church communities. Religious freedom hangs in the balance and the future of our daughters is at stake.

There is no better way to celebrate Women’s History Month than ensuring women’s privacy, opportunities and religious freedom are preserved now and for generations of women to come.