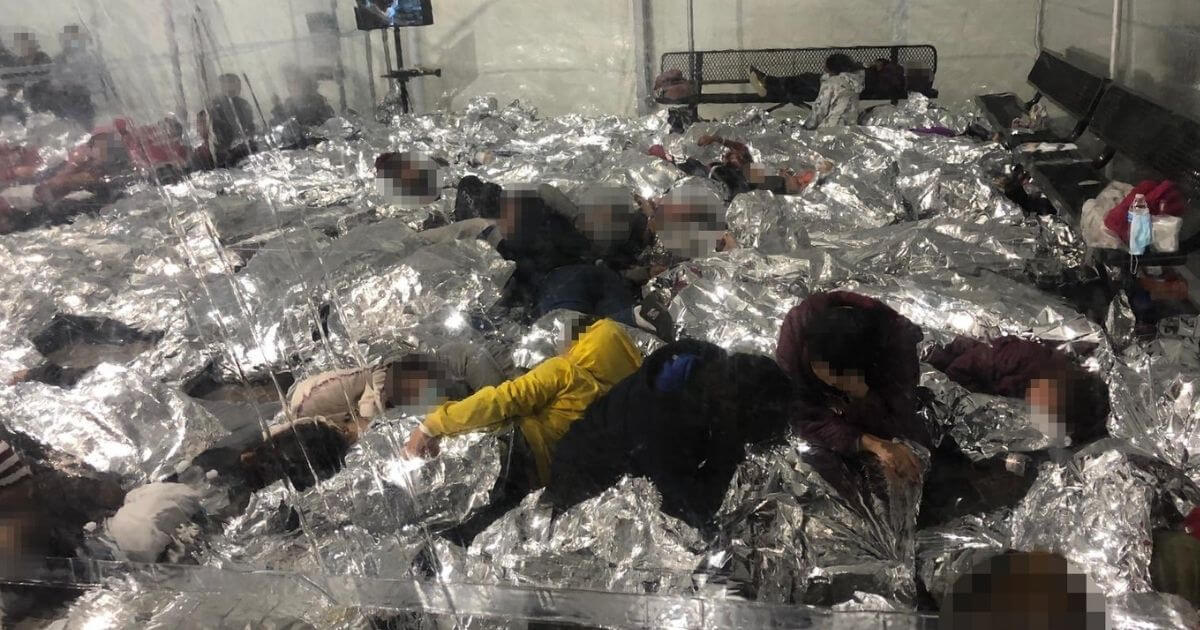 A shocking report claims that the Biden administration “is not requiring FBI fingerprint background checks of caregivers at its rapidly expanding network of emergency sites.” These “emergency sites” – which are operated by private contractors and funded by the H.H.S. – are being built to contain the massive influx of unaccompanied minors at the U.S. southern border.

Joe Biden’s crisis at the border is proof of what happens when the evil policies of open borders are put into place. Thousands of migrant children are taking turns being able to sit down or lay down. These facilities weren’t built to house that many people. Children crying to translators about enduring torture, rape, and death along the journey that many of them never chose to take. They were forced to make the trip because Biden signaled to their countrymen that the time to enter was now, and they are by the thousands.

The report claims that “the decision is alarming child welfare experts who say the waiver compromises safety as thousands of unaccompanied child migrants cross the border.” Biden is back to the Obama policy days where logic and humanity are not apart of the decision-making process.

Biden is scrambling to house all the illegal immigrant children being sent to America and he is turning to the failed policies of the last Obama/Biden created border crisis. The report claims, “Joe Biden’s team is turning to a measure used by previous administrations: tent camps, convention centers, and other huge facilities.”

By the end of March, the Biden administration will be adding 15,000 new beds through eight new migrant facilities. Not only is the Biden administration waiving the background checks for the caregivers to minors, but these facilities won’t be required to “be licensed by state authorities or provide the same services as permanent HHS facilities.  They also cost far more, an estimated $775 per child per day,” according to reports.

HHS claims that the staff “must-pass public record criminal background checks,” but what they don’t explain is that “public record criminal background checks” are COMPLETELY reliant on the person getting the check to put accurate information on the form. “In the Emergency Intake Sites, HHS is implementing the standards of care used for children in an emergency response setting,” HHS said.

No one directly caring for these children at Biden’s migrant facilities will undergo the FBI fingerprint checks, which would be useful to prove the people are who they say they are. How many of these children will be abused or lost to the system because someone changed their identity to gain access to vulnerable children?

The rabbit-hole of “what would happen if this happened under Trump” is long and extensive but a necessary one to take. Considering it a constant “grounding effect” when the mainstream narrative gets too loud. Conservatives would never be allowed to make disastrous policies such as these and keep the media machine running our pre-approved narrative.

A Study Of Failing Grades