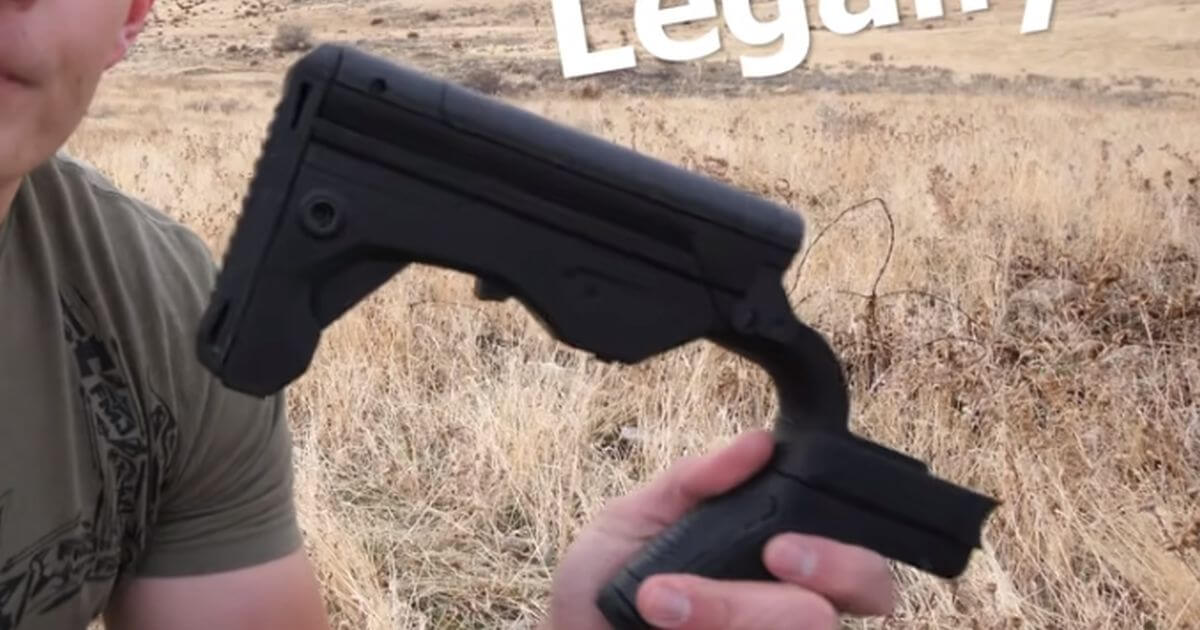 A federal court has ruled that bump stocks, devices that can be attached to rifles to harness the recoil action and allow for quicker firing, do not turn a weapon into a “machine gun” under federal law.

The U.S. Court of Appeals for the 6th Circuit, which decided the case Thursday, ruled that a key legal precedent that the Bureau of Alcohol, Tobacco, Firearms and Explosives used to justify the firearm accessory’s inclusion under the National Firearms Act of 1934 and the Gun Control Act of 1968 was inapplicable in the case.

This was quite a bit of a bigger deal than it might seem at first.

First, a refresher: In the wake of the 2017 Las Vegas mass shooting, which claimed the lives of 58 people, the bump stock was widely blamed for the large death toll. It allows a person to shoot a weapon more rapidly but with significantly less accuracy.

This was how Popular Mechanics described the bump stock in the wake of the shooting in 2017: “Bump stocks are simple pieces of equipment that replace the stock of a rifle and add a small ‘support step’ in front of the trigger. The shooter rests his finger on this step and pulls forward on the barrel or forward grip to press the trigger against his finger.

“The recoil of the shot then propels the rifle backwards into a gap in stationary stock where the loose fit gives the rifle freedom to bounce forward. This, along with sustained forward pressure on the rifle, has the effect of ‘bumping’ the trigger back into the shooter’s unmoving finger. So long as a shooter maintains forward pressure, the rifle will continue to fire at a rate much faster than could be accomplished with even the quickest possible series of manual trigger pulls.”

You can imagine the panic that ensued — a little piece of plastic can turn a rifle into a machine gun!

“This replacement shoulder stock turns a semi-automatic rifle into a weapon that can fire at a rate of 400 to 800 rounds per minute,” declared California Democratic Sen. Dianne Feinstein, the Senate’s most consistent and strident (if perhaps least accurate) voice for gun control.

The bump stock became the gun moral panic of the moment and the Trump administration — which had its moments of inconsistency on the Second Amendment, to be fair — had the ATF reinterpret what a machine gun was to include bump stocks, essentially treating them as if they were fully automatic weapons themselves.

In a case dating from 2019, as Law & Crime noted, several gun groups argued the ATF’s rule on bump stocks violated the Administrative Procedure Act, the Fifth Amendment’s Takings Clause and the 14th Amendment’s Due Process Clause.

The government’s defense, meanwhile, was based on the 1984 case Chevron U.S.A. v. Natural Resources Defense Council, which established the judicial practice of “Chevron deference” — the idea that agencies, likely having expertise in the matters under their purview, are entitled to have courts “defer to” their “reasonable interpretations of ambiguous statutes.”

However, in a 2-1 decision, the court ruled the “Chevron deference categorically does not apply to the judicial interpretation of statutes that criminalize conduct, i.e., that impose criminal penalties.”

“It is not the role of the executive — particularly the unelected administrative state — to dictate to the public what is right and what is wrong,” the court said, adding that any matter of banning bump stocks should go through Congress and not presidential fiat.

The decision noted that “for criminal statutes, where the primary question is what conduct should be condemned and punished, the first rationale of Chevron deference — deferring to an agency’s expertise — is unconvincing because the agency’s technical specialized knowledge does not assist in making the value-laden judgment underlying our criminal laws.

“That judgment is reserved to the people through their duly elected representatives in Congress.”

Judicially, it’s unclear what the next step will be. As The Associated Press noted, the Supreme Court turned down a chance to look at the case last year on the basis it wasn’t fully developed yet.

“Waiting should not be mistaken for lack of concern,” Justice Neil Gorsuch said at the time.

There are two reasons to pop the champagne as conservatives, on both the practical and constitutional ends of things.

Practically, a bump stock just does what you can do other ways. If you want to look up YouTube videos on how to “bump fire” without a bump stock, that’s easy enough. You can also find out how to do it with a rubber band. Bump firing isn’t a particularly difficult skill to learn.

It’s also decidedly redundant. Aside from the Las Vegas shooting, sui generis in so many ways, you don’t see bump stocks often used in mass shootings. The sacrifice in accuracy is simply too great. It is, for the most part, a harmless parlor trick used for entertainment.

The ban was also thoroughly ineffective: Seven months after it took effect in 2019, less than 1 percent of more than 500,000 bump stocks reportedly were surrendered.

Legally, Robert VerBruggen at National Review noted in a December 2018 article how thoroughly the ATF rewrote the law with this rule.

The law defined a machine gun as a “weapon which shoots, is designed to shoot, or can be readily restored to shoot, automatically more than one shot, without manual reloading, by a single function of the trigger.”

Here’s the tangled thicket of a rule with which it justified the ban on a plastic part:

This is how the ATF tried to get around going to Congress to ban bump stocks.

At least for now, one court had the good sense to realize how ridiculous that attempt to rewrite a law without Congress was.