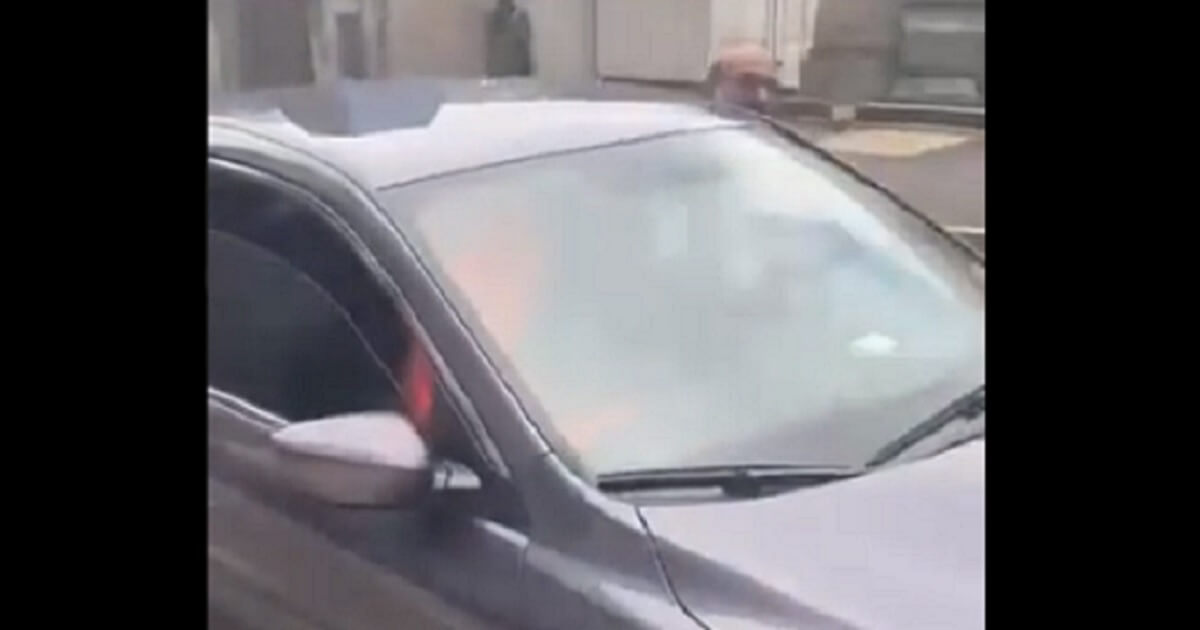 On Tuesday, 66-year-old Uber Eats driver Mohammad Anwar was killed during a carjacking in Washington, D.C. According to The Washington Post, police say that two girls charged with his murder, agest 13 and 15, told them they wanted to steal a car. Anwar didn’t want to give his up.

So, according to the police version of events, the girls attacked Anwar with a stun gun and overpowered him. He was unwilling to give in, however, and climbed back into the car on the driver’s side.

The girl in the passenger’s seat reached over, hit the ignition and moved the gear lever. The car accelerated and traveled a block with Anwar hanging out the door before the driver made a turn and flipped the vehicle over.

The two girls were apprehended at the scene by police and National Guardsmen who happened to be on hand. Anwar, thrown by the impact, died at a hospital of broken bones and a head injury, The Post reported. The girls were charged with felony murder and carjacking.

“He was a hardworking immigrant who came to the U.S. in 2014 to build a better life for himself and his family. The loss for his family is immeasurable,” a statement from Anwar’s family read. The family “devastated by this senseless crime,” the statement added.

The crime originally got a smattering of attention in the media, but it didn’t quite go national at first. CNN’s first story on the matter came on Saturday. The network should have just skipped it, given the thoroughly insensitive, inept language in both a Twitter post and its article.

Police said the girls, 13 and 15, assaulted an Uber Eats driver with a Taser while carjacking him, which led to an accident in which he was fatally injured. https://t.co/N6RpLoTu8x

The article contains the exact same sentence — right before it noted that “[t]he girls were charged with felony murder and armed carjacking, police said.”

First, unpleasant though this may be, we should put into context what happened here. Cellphone video exists of the crime and its aftermath. While not unambiguous about every detail, it makes clear this was more than the “accident” the CNN Twitter post reported.

Washington Examiner journalist Jerry Dunleavy posted the harrowing video to social media on Saturday. It is available for viewing here. (WARNING: The video contains extreme graphic violence that some viewers will find offensive.)

It shows Anwar clearly struggling to get into the car and the car speed off. The crash itself is not shown, but its aftermath is, including Anwar’s body on the sidewalk.

That’s what CNN chose to call an “accident.”

Given what we know from reports and can see with our own eyes, this didn’t go well on Twitter:

CNN is run by apologists for brutality. https://t.co/TTdRJ5ZRtp

“An accident”. Get in the sea, you fake news peddling lowlives.

“Fatally injured” is a weird way to say MURDERED.

So dishonest of @cnn This man was murdered and you won’t “report” that because it’s not part of the leftist narrative you push. Disgraceful https://t.co/cLiiDeNJoz

Now, here’s the dishonest “out” that defenders of CNN used: They were just reporting what police said. These girls didn’t mean to crash the car, but things escalated. Everyone who’s getting angry is blaming the messenger:

CNN should have included “motor vehicle”, here, but in any case, they are just telling you what “police said”. It’s not CNN’s opinion.

The original police statement:
“…assaulted the victim with a taser while carjacking the victim which resulted in a motor vehicle accident.”

That was the police’s statement, but I guess reading comprehension is hard.

There are quite a few problems with this kind of defense.

First, the only part of this we know is an accident is that the car crashed. Carjackings are obviously deliberate. The tasing that was observed by witnesses was deliberate.

Police have said the decision to start the car and accelerate was with the carjackers. I assume they didn’t want the vehicle to flip over, but this is the only part of this whole thing we can assume is an accident.

Second, a death that occurs in the course of a felony is felony murder. As Law.com notes in its definition of felony murder doctrine, when that death occurs “all participants in that felony or attempted felony can be charged with and found guilty of murder” no matter how accidental it may be.

“In a bizarre situation, if one of the holdup men or women is killed, his/her fellow robbers can be charged with murder,” it notes. This situation is quite a bit less bizarre or accidental than that.

Third, of all the things the police and law enforcement said happened on Tuesday, what did CNN highlight in its tweet? The fact that police said it was an accident. “Murder,” which should be the obvious hook, is nowhere present in those 280 characters or less.

Again, this doesn’t happen in a vacuum. Crime is crime-ish when it doesn’t fit a narrative. And two apparently black teen girls carjacking a Pakistani immigrant doesn’t fit the liberal media mania for white men committing crimes against minorities and immigrants.

In fact, very little of CNN’s desultory story has to do with the details of Anwar’s senseless murder. The ages of the perpetrators aren’t listed until the fifth paragraph, the charges they face until the sixth. By this time, details were readily available from other media sources. They had been for days.

In fact, most of the details were available from The Washington Post. Unsurprising, given that it’s the paper of record for the D.C. Metro area. However, there’s a certain sick irony here, in that this reminded me of The Post’s most infamous headline:

The Washington Post @washingtonpost makes me sick! Religious scholar? He was a brutal mass murdering wanted terrorist. The anti-American, leftist, and socialist mainstream media is just as much a threat to our country today as was al-Baghdadi! America needs to wake up! pic.twitter.com/oRF2EmulRT

In October of 2019, The Post announced the death of Islamic State group leader Abu Bakr al-Baghdadi, one of the most murderous terrorists in recent memory, by calling him an “austere religious scholar.” After an uproar, the newspaper altered the headline and apologized, but that wasn’t the point.

The mainstream media establishment will avoid calling a thing what it is at all costs, if it does not conform with the liberal “narrative,” all purportedly in the name of providing context.

At the end of the day, though, there it is: These girls are charged with murder. That’s the story here. There was a time when mainstream media journalists would have understood that.

Sycophantic Associated Press Bans the Word 'Crisis' to Describe Biden's Border Crisis, Once Called Everything A Crisis During Trump Admin