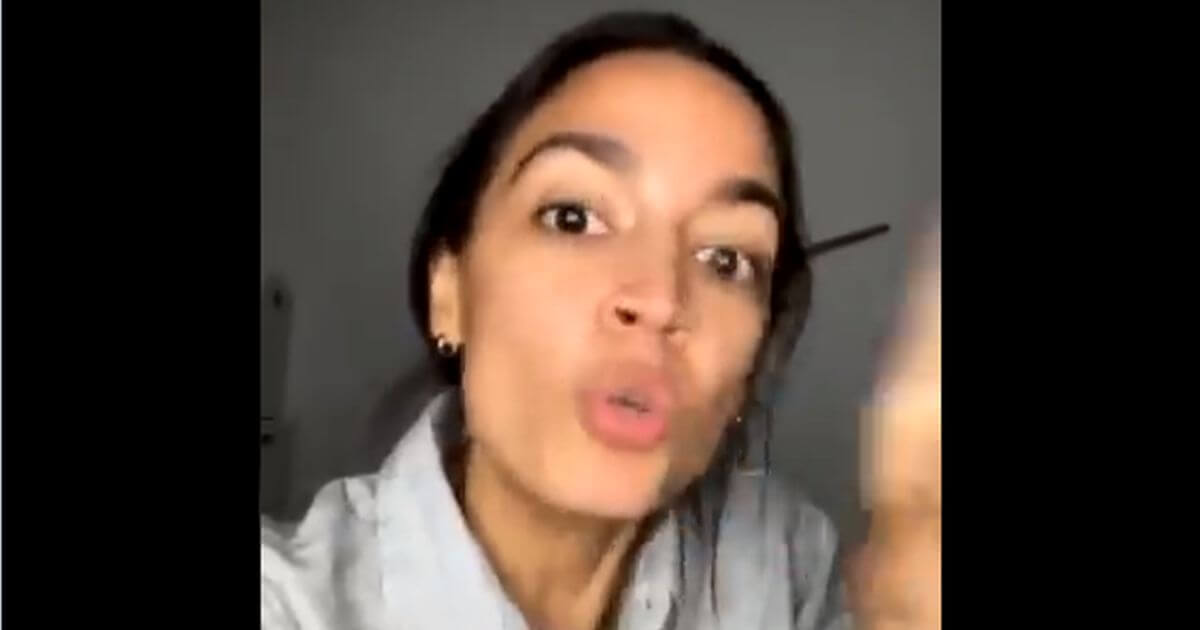 Reports coming from the border prove that the ‘Biden Border Crisis’ is just that, a crisis. The Donna, Texas facility is over capacity, these reports say. The facility with a maximum capacity of 250 migrants is holding over 4,100 migrants. Individual pods meant for minors meant to hold 32 children at a time are holding over 600 children. Anyone that tells you this isn’t a crisis is lying.

In AOC’s view, you only care about immigrants if you allow cartels to sell passage to America. The price these immigrants pay is often money combined with rape, torture, and often death. She claims this is a humanitarian way to deal with the crisis at the border.

Watch for the ‘new’ progressive term carceral to be used instead of the criminal justice system. The term ‘carceral’ has been used for centuries. Liberals tend to take words and create their own meaning and intention behind them. This is what we see here with AOC and from the liberal trash college UC Berkley:

“Carceral System is far more accurate than the ubiquitous term “Criminal Justice System.” Not all who violate the law (commit a crime) are exposed to this system, and justice is a relative term that most people in this country do not positively associate with our current model. In this context, Carceral System is best understood as a comprehensive network of systems that rely, at least in part, on the exercise of state-sanctioned physical, emotional, spatial, economic, and political violence to preserve the interests of the state. This includes formal institutions such as law enforcement and the courts, surveillance, and data mining technology, NGO / non-profit consultants, conservative criminologists, those who manifest and/or financially benefit from modern slave labor, corporate predation on incarcerated people and our communities, the counterinsurgency in communities of color through ‘soft-policing’, etc.”

This is what they teach your children at U.C. Berkley; why are you still allowing them to apply to these elitist colleges that hate America?

AOC goes on to say that “The U.S. has disproportionately contributed to the total amount of emissions that are causing a planetary climate crisis right now, but who is bearing the brunt of that? Disproportionally, it’s actually not us. We help create the problem but disproportionally, it’s the global south – it’s south Asia, it’s Latin America – that [is] going to be experiencing the floods, wildfires, and droughts in a disproportional way, which, ding, ding, ding, has already started a migration crisis but people don’t want to have that conversation

She forgets that President Trump’s policies saw a drastic decrease in pollution emissions by the United States. Can you guess which country increased the amount of population it seeps out into the world? If you said, China you would be correct. While AOC complains about America and our ‘pollution,’ she completely ignored the big toxic panda on the other side of the world.

AOC said hearing the term ‘surge’ is a ‘gut check.’ She continued, “Anyone who is using the term ‘surge’ around you consciously is trying to invoke a militaristic frame.” She said this is a ‘problem because these – this is not a surge, these are children and they are not insurgents, and we are not being invalidated.”

When did AOC become an illegal immigrant from Honduras instead of the crisis actor from Brooklyn? If AOC were honest about the surge at the southern border, she would admit that Biden and his call to action created this military-like surge at our southern border.

He Will Be Offering 'Hope' To Americans In Rally Very Soon