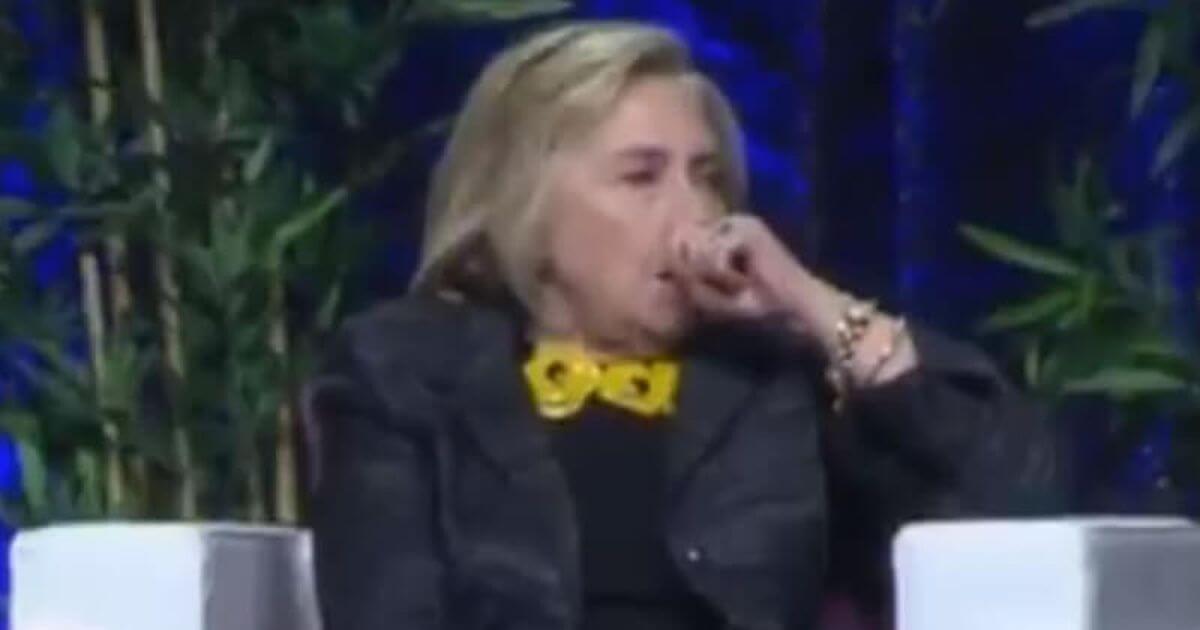 Six years after the drama regarding former Secretary of State Hillary Clinton’s private email server began, it turns out she won’t have to testify about it in one of the last remaining cases involving its contents.

The Supreme Court on Monday declined to allow the former first lady and 2016 Democrat standard-bearer to be deposed in a lawsuit brought by conservative watchdog group Judicial Watch, The Washington Times reported.

It would have taken four justices on the court to take up the case. Even with a conservative majority, the motion couldn’t get the nod.

Judicial Watch had sought to depose Clinton as part of an ongoing Freedom of Information Act lawsuit requesting her emails regarding the 2012 attack on the U.S. consulate in Benghazi, Libya.

In a news release Monday, the group said “the Supreme Court should hear its case because the U.S. Court of Appeals for the District of Columbia Circuit erred in undermining the Freedom of Information Act in giving Clinton unwarranted special treatment that conflicts both with Supreme Court precedent and the precedents of other courts of appeal, including its own.”

“Hillary Clinton ignored the law but received special protection from both the courts and law enforcement,” Judicial Watch President Tom Fitton said in a statement.

“For countless Americans, this double standard of justice has destroyed confidence in the fair administration of justice,” Fitton said. “Americans would never have known about Hillary Clinton’s email and related pay for play scandals but for Judicial Watch’s diligence.

“We expect that the Biden State and Justice Departments will continue to protect her and cover up their own misconduct as we press for additional accountability through the courts.”

Clinton’s habit of keeping her own email server and address separate from her official State Department email during her tenure as secretary of state only came to light in 2015, according to a timeline of events by CNN.

Clinton claimed it was only for personal correspondence and the 30,000 emails that were deleted from the server weren’t of importance. She also said that no classified information had been transmitted through the server.

Those stories began to crumble rapidly, and in January 2016, Intelligence Community Inspector General I. Charles McCullough III confirmed that emails marked classified — including those marked “top secret,” the highest level of classification — were found on the server.

The investigation was closed that July and reopened in October 2016, all because of FBI Director James Comey. (In the latter case, additional emails that hadn’t been turned over were found on the laptop of disgraced former Rep. Anthony Weiner, whose wife, Huma Abedin, was a top Clinton aide.)

Clintonistas would blame this for her election loss, although it’s worth noting that if she didn’t have a private email server designed to skirt federal transparency rules requiring the preservation of emails on government accounts, she wouldn’t have been in that mess.

Judicial Watch’s litigation goes all the way back to 2014, when the group sued then-National Security Advisor Susan Rice.

Rice, first-runner-up in the Joe Biden veepstakes and current director of the U.S. Domestic Policy Council in the Biden White House, was the public face of the administration on the Sunday morning political chat shows in the wake of the Benghazi attack, in which four Americans were killed.

During her appearances, Rice reiterated that the incident was the result of a mob spurred on by a poorly produced anti-Islam video on YouTube. It turned out that it was a coordinated attack by the terrorist group Ansar al-Sharia.

The labyrinthine legal saga that followed eventually touched upon Clinton’s emails — which, we learned on Monday, Judicial Watch won’t be able to depose her about.

Fitton has said the Justice and State Departments want to “shut the case completely down.”

Critics, meanwhile, have pointed out that others have used private servers.

“Though conservatives have attacked Clinton for her use of a private email server, numerous members of the Trump administration — including Ivanka Trump, Jared Kushner, advisor Stephen Miller and former White House Chief of Staff Reince [Priebus] — similarly used private email accounts and communication methods while in the White House,” Allison Durkee wrote in Forbes.

The problem with that explanation is what got discussed on those accounts isn’t nearly as sensitive as what was on Clinton’s server. Ivanka Trump wasn’t responsible for 30,000 deleted emails — which, while not necessarily the 17 minutes of erased Watergate tape, still casts a shadow over Clinton’s legacy. No classified information passed through those accounts. There’s been no private email scandal remotely on the level of Clinton’s transparent attempt to skirt transparency laws.

And now it looks like she’ll never have to talk about it if she doesn’t want to.