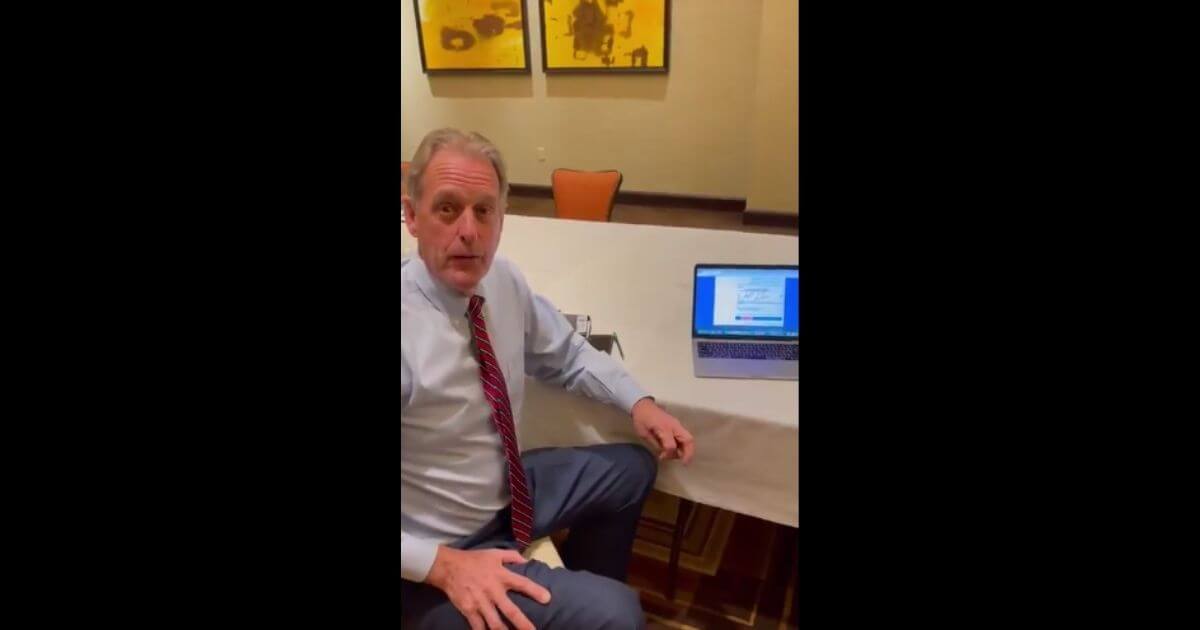 A Nevada official announced that he is switching parties amid a shift in the statewide and national Democratic Party.

In an interview on “Fox and Friends,” North Las Vegas Mayor John Lee suggested that there is no more room for moderate and conservative thinkers in the party.

“They had an election recently for leadership, and four of the five people were card-carrying members of the Socialist Party. It’s not the party that I grew up with 25 years ago in this environment, and it’s not the party I can stand with anymore … ” Lee said.

“When you’re a pro-life Democrat, a pro-gun Democrat, and you’re a very conservative person, that’s not really well known in the Democratic Party anymore. And so for me to hang on as long as I did, hoping the party would change, it didn’t, it got worse. So therefore, I found a new place that I can put my allegiance to and help. Once again, forget about the last eight years. It’s the next four years that predict the future,” he added.

Last month, a socialist-backed slate of candidates took over state party leadership, resulting in every current staffer at the time to quit.

The sharp left turn could result in other Democrats in the state to leave the party behind, which could make an impact in more competitive elections.

It’s official. The switch is on! pic.twitter.com/YuemifyHBY

He doubled down after the interview with a tweet calling his old party “broken.”

Today, I switched political parties. The Democratic Party is broken. It’s time to bring people together to get things done. It’s time to stop shouting and start solving problems. pic.twitter.com/PUDf5frc5D

This public announcement could be an indication that he is looking to run for a higher profile state office, as challengers against Democratic Governor Steve Sisolak and Sen. Catherine Cortez Masto are beginning to make themselves known.

The next city council election for North Las Vegas will be held in 2022, but it unlikely that he would be trying to generate this much press over a seat he already has.

Excited to have Mayor Lee join our party! He shares our values in protecting life, defending the 2nd amendment, and fighting for working families.

You can update your voter registration here ➡️ https://t.co/cL0iCSBHfPhttps://t.co/xKCJHfr7lp

Donald Trump on the campaign trail.

Nevada voters should continue to be on the lookout for Lee’s next political ambitions, as he is clearly ready to make waves in the political landscape.