BREAKING, Biden Has Conditionally Decided to Withdraw ALL Troops From Afghanistan by September 11th 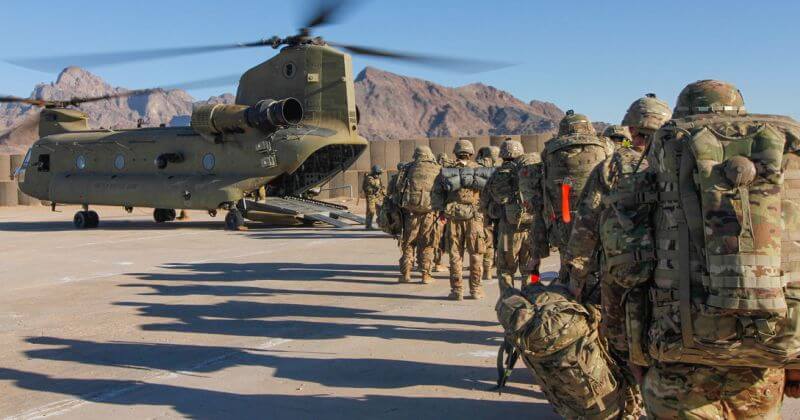 However, the withdrawal would be based on certain security and human rights guarantees, the sources said, speaking on condition of anonymity ahead of the formalization of the decision. The sources did not provide further details.

U.S. Secretary of State Antony Blinken and U.S. Defense Secretary Lloyd Austin are expected to brief the decision to NATO allies in Brussels on Wednesday. Biden may also publicly announce his decision, the sources said.

Biden’s decision, should it be confirmed, would miss a May 1 deadline for withdrawal agreed with Taliban insurgents by his predecessor Donald Trump’s administration. In a statement last month, the Taliban threatened to resume hostilities against foreign troops in Afghanistan if they did not meet the May 1 deadline.

But it would still set a near-term date with withdrawal, potentially allaying Taliban concerns that Biden would drag out the process.

The May 1 deadline had already started to appear less and less likely in recent weeks, given the lack of preparations on the ground to ensure it could be done in a safe and responsible way. U.S. officials have also blamed the Taliban for failing to live up to commitments to reduce violence and some have warned about persistent Taliban links to al Qaeda.

It was those ties that triggered U.S. military intervention in 2001 following al Qaeda’s Sept. 11 attacks on New York and Washington because the Taliban had harbored al Qaeda leaders.

Thousands of American and allied troops have died in fighting in Afghanistan.

If the Crowd Was Mourning Daunte Wright, Why Was There Dancing, Looting and Shooting of a Police Station?