If the Crowd Was Mourning Daunte Wright, Why Was There Dancing, Looting and Shooting of a Police Station? 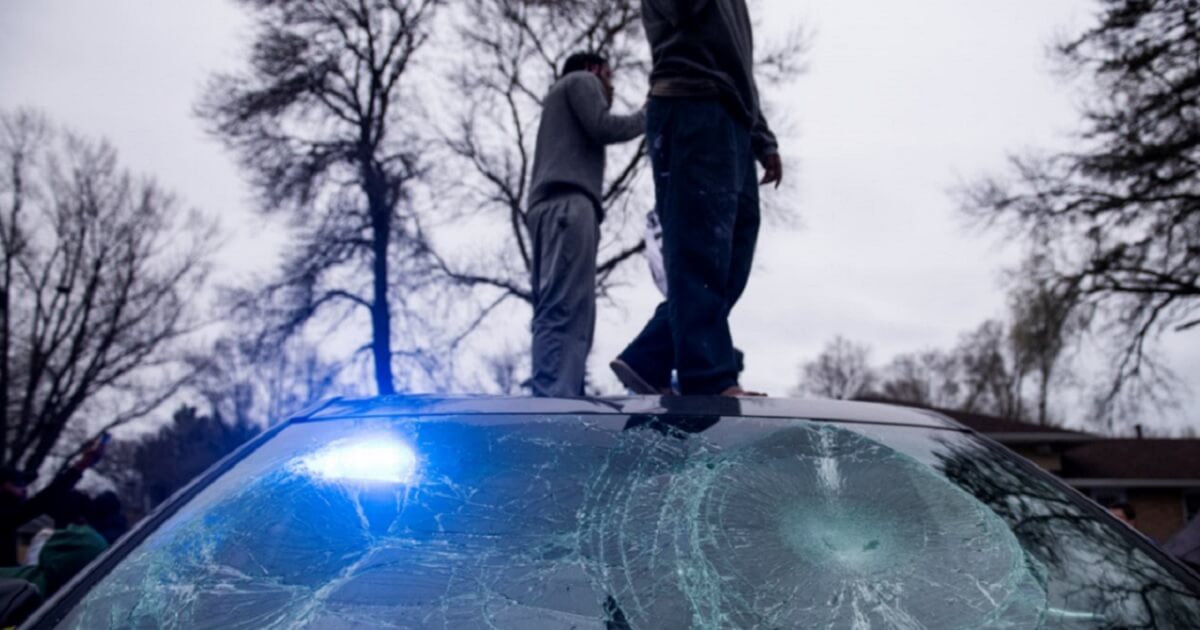 The loss of human life is tragic, no matter what the circumstances. Why don’t those “protesting” the death of Daunte Wright think so?

Wright, 20, was shot and killed Sunday afternoon by a police officer in Brooklyn Center, Minnesota, a city less than 10 miles from where George Floyd died last May.

According to the Minneapolis Star Tribune, Wright had been pulled over for a traffic violation about 2 p.m. when police learned there was a warrant out for his arrest on a firearms charge. When officers tried to take Wright into custody, he got back in his car and was shot. Still, he drove off and crashed a short distance later.

The police chief of Brooklyn Center said the shooting was accidental and that the officer thought she was deploying a Taser. The footage from the officer’s bodycam appeared to back this up, the Star Tribune reported.

“I’m believing it to be an accidental discharge” of the officer’s hangdun, adds the police chief.

The Twin Cities are obviously on edge due to the trial of Derek Chauvin, the officer charged with murdering Floyd.

Thus, it was little surprise there were protests following Wright’s death.

However, if the unrest was about Wright’s death, why was there dancing, looting and a gunshot fired through the glass door of a local police precinct?

According to the New York Post, Wright’s mother, Katie Wright appealed for calm after the shooting.

Apparently not many listened.

There was significant looting in Brooklyn Center and around the area, including several viral videos showing crowds carrying items away from a Foot Locker.

In one video from Monday, as police arrived, a voice can be heard yelling, “Hey, they’re coming!” At that point, a mad dash out of the store ensued.

Other videos, the Post reported, included rioters doing victory dances after they looted retail establishments. There were as many as 20 stores targeted during the overnight hours between Sunday and Monday, with more hit between Monday and Tuesday.

Sometime between Sunday night and Monday morning, this footage was taken in an O’Reilly Auto Parts store in Brooklyn Center:

And then there was the shooting of a police precinct — not in Brooklyn Center, but the adjacent city of Brooklyn Park.

“During the aftermath of the shooting, Brooklyn Park officers responded to assist with scene security and crowd control in Brooklyn Center,” a series of tweets from the city’s official Twitter account on Monday stated.

“Although many community members gathered to peacefully protest last evening, we also experienced significant property damage and looting to numerous businesses in both Brooklyn Park and Brooklyn Center, including a single shot that shattered the front glass door at our North Police Station off of 85th Avenue. Last evening, all available Brooklyn Park officers were called in to assist with the ongoing civil unrest.”

During the aftermath of the shooting, Brooklyn Park officers responded to assist with scene security and crowd control in Brooklyn Center.

including a single shot that shattered the front glass door at our North Police Station off of 85th Avenue. Last evening, all available Brooklyn Park officers were called in to assist with the ongoing civil unrest.

While the city noted it “support[s] our community members’ rights to peacefully protest,” it also said “[t]he criminal behavior we witnessed last night will not be tolerated.

“We are partnering with our regional, state and federal officials to prevent such activity from occurring again,” it added.

The criminal behavior we witnessed last night will not be tolerated. We are partnering with our regional, state and federal officials to prevent such activity from occurring again.

The death of Daunte Wright is tragic. So what does looting a Foot Locker do about it? What do victory dances after successful looting expeditions accomplish? What, pray tell, does it change when a Dollar Tree goes up in smoke? What’s the message that gets sent?

It’s pretty simple: This isn’t about mourning. It’s not about George Floyd, either. It’s about rioting.

It won’t bring either Floyd or Wright back, it doesn’t punish wrongdoing or dissuade wrongdoers from bad action and it doesn’t bring about punitive, retributive or restorative “justice.”

All it did was play into the narrative that all certain elements of the population need is the excuse to engage in violence and destruction, and they’ll do so.

That’s because, no matter how much the left wants to deny it, that’s one narrative that’s true.

BREAKING, Biden Has Conditionally Decided to Withdraw ALL Troops From Afghanistan by September 11th