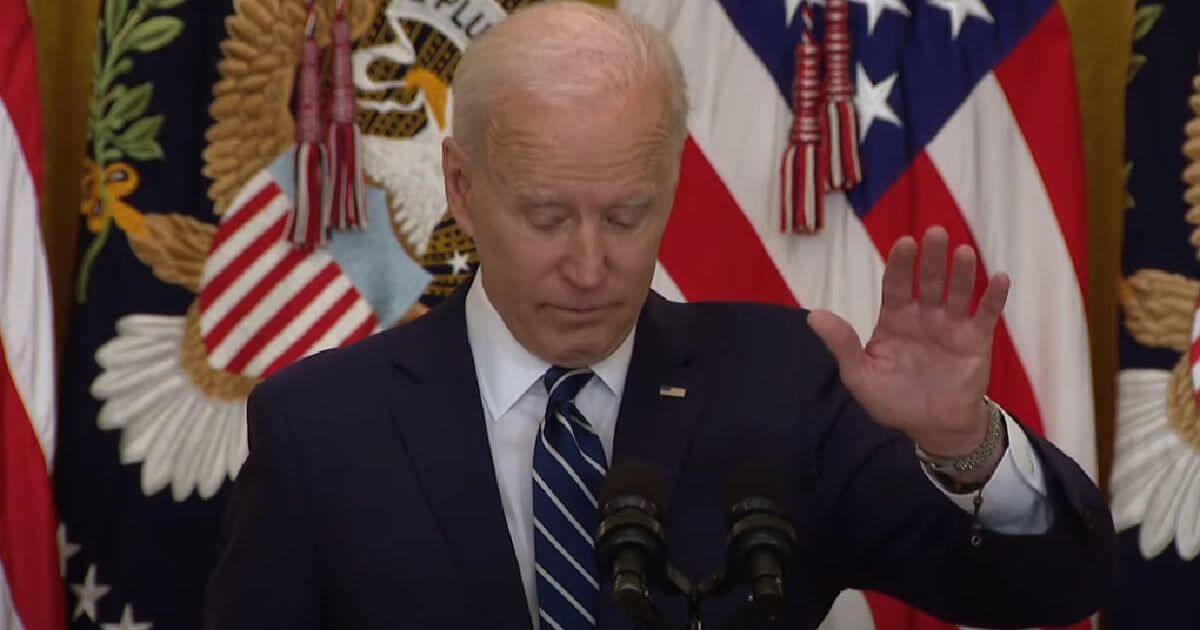 NASCAR, country music television, “Deadliest Catch” — these are some of the ways the Biden administration is trying to reach out to groups unwilling to take the COVID-19 vaccine, including “white conservative communities,” according to White House press secretary Jen Psaki.

“We’re looking for a range of creative ways to get directly connected to white conservative communities. We won’t always be the best messengers, but we’re still trying to meet people where they are but also empower local organizations,” Psaki said Tuesday at a White House news briefing.

Psaki’s statements were part of her response to a reporter who asked what the Biden administration was doing to get more Americans confident in the vaccine, citing a New York Times story about Mississippi struggling to get its residents to sign up for immunization.

According to that report, a significant portion of the state’s population remains reluctant to get vaccinated despite the availability of a wide range of vaccination options.

The report claimed that demographics might explain why many Mississippians are wary of getting a COVID-19 vaccine shot, stating, “The state reliably votes Republican, a group that remains highly skeptical of coronavirus vaccines. And its population is 38 percent Black, a group that in one recent survey indicated a lower willingness to be vaccinated than Hispanic or white people.”

Psaki responded to the reporter’s query by saying that the White House, among several things, started a “Community Corps” program to get “local messengers” to promote vaccination efforts and other “fact-based messages” in their communities, according to a transcript of the news conference.

According to Psaki, the White House found working with local entities such as religious organizations, community health organizations and community leaders to be most effective in promoting vaccination.

She also mentioned the Centers for Disease Control and Prevention plan to grant $3 billion to fund local vaccine promotion drives in states.

“And often, people think of that as just black and brown communities, and that is not. As you’ve noted, that is also conservative communities, white evangelicals. It’s a range of communities around the country.”

Psaki also said that as part of its outreach efforts, the Biden administration has had individuals on its COVID team, such as Dr. Anthony Fauci, take part in a range of media events.

According to Psaki, this included multiple interviews, a faith leaders roundtable and an appearance on “The 700 Club,” a Christian talk show.

“We’ve run PSAs on the ‘Deadliest Catch.’ We’re engaged with NASCAR and Country Music TV,” Psaki further added, describing them as “creative ways” to reach out to “white conservative communities” in a statement employing caricatures of white, Christian Americans.

“I need to turn up my Southern accent & talk like a Southern stereotype when I see Psaki,” one Twitter user commented.

I need to turn up my Southern accent & talk like a Southern stereotype when I see Psaki.

Other users had similar thoughts.

“All white conservatives like this stuff, right?” 😒 https://t.co/9sIylGIOaJ via @Not_the_Bee

The Left: “We don’t stereotype.”

Also the Left: “Stereotypes are bad.”

This is why you keep losing the working class https://t.co/lMGsbq2exa

“This is why you keep losing the working class,” one user said.

Why Are Thousands of Illegals Are Being Bussed to Red States?