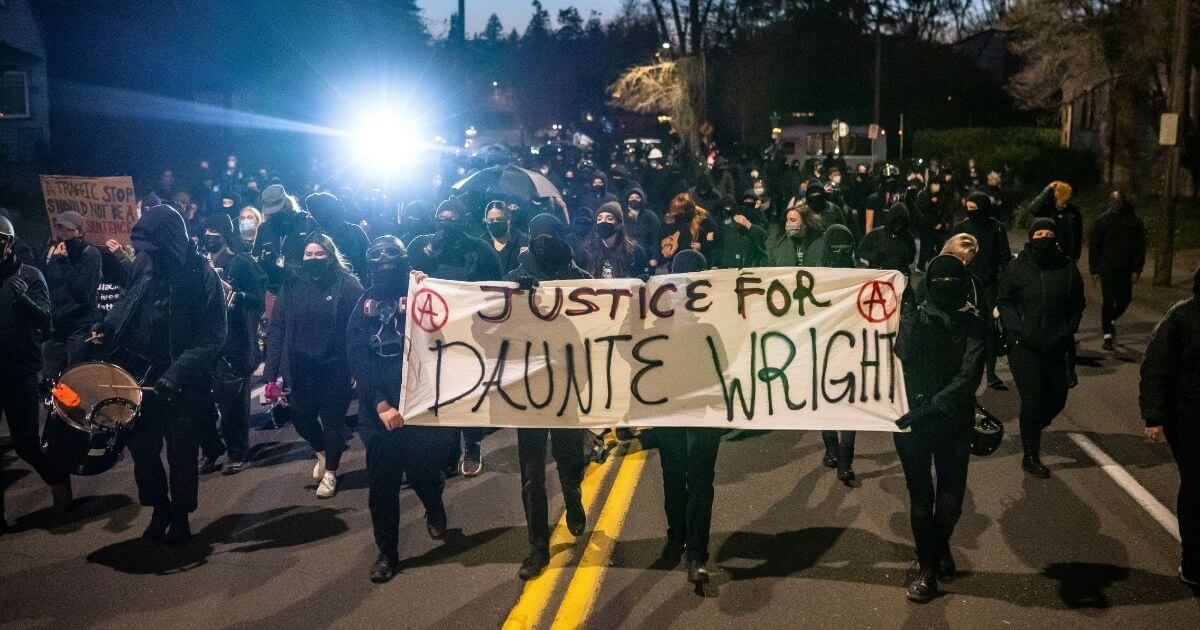 The man killed by Minnesota police on Sunday was wanted on charges of first-degree aggravated robbery, according to court papers cited by the Daily Mail and the New York Post

Daunte Wright, 20, was pulled over by police on Sunday. After police had made the traffic stop, they learned of the warrant out for Wright’s arrest. Police attempted to detain Wright, who resisted. He was then shot by officer Kimberly Potter, who appeared to believe she was using her Taser when she, in fact, used her gun to shoot Wright fatally.

The warrant said that Wright and Emajay Driver “came over to party” at an apartment occupied by two women.

The women asked them to leave around 2.30 am on December 1, but they said they didn’t have a ride and the women — who are not identified in the court documents — allowed them to sleep on the floor.

In the morning, one woman went to the bank, withdrew $820 for rent money and gave it to the second woman. As Wright, Driver and the woman listed as “VICTIM” in the court papers were leaving, Wright tried to get the money, according to the warrant.

“The three of them were walking to the door to exit the apartment and defendant Wright turned around and blocked the door preventing VICTIM from leaving,” the warrant said.

Wright “pulled a black handgun with silver trim out from either his right waistband or his right coat pocket and pointed it at VICTIM and demanded the rent money,” the warrant alleged.

According to the warrant, the woman being asked for the money said, “‘Are you serious?’ Defendant Wright replied: ‘Give me the f**king money, I know you have it.’”

According to the warrant “the $820 cash was tucked into VICTIM’s bra and defendant Wright placed his hand around VICTIM’s neck and choked her while trying to pull the cash from under her bra.

“VICTIM was able to get loose from defendant Wright and started to kneel down and scream,” the warrant said.

Wright then threatened to shoot the woman.

They left without the cash, it added.

The Daily Mail said that Wright’s bail, originally set at $100,000 with stipulations to avoid the victim, not use drugs and have no weapons, was revoked in July 2020. It said court papers said bail was revoked due to “failure to not possess a firearm or ammunition” and failing to stay in touch with his probation officer.

That led to the issuance of the arrest warrant for Wright.