Nancy Pelosi Says She Would Have Fought Jan. 6 Mob: ‘I’m a Street Fighter’ 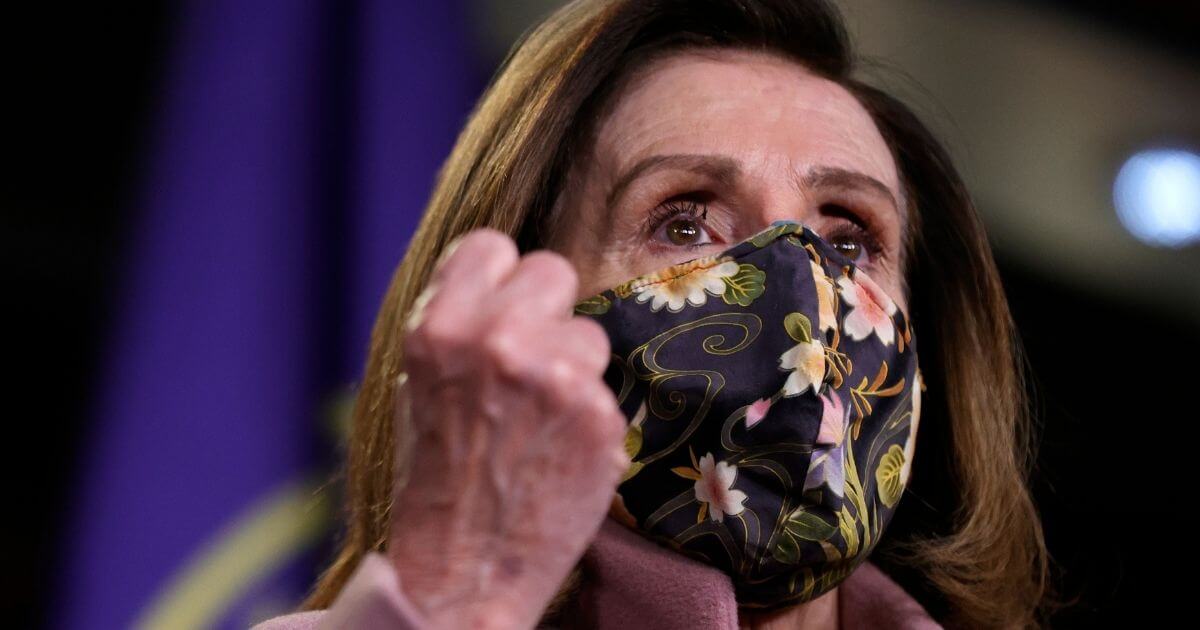 More than three months after the incursion into the Capitol, Democratic House Speaker Nancy Pelosi insisted that she was ready to fight the crowds that streamed into the Capitol on Jan. 6.

Pelosi said that the mob’s intent was to kill her, according to USA Today.

“That’s what they were setting out to do,” she told the outlet in an interview conducted on the speaker’s 100th day in the 117th Congress.

When asked by USA Today if she was scared, Pelosi replied, “Well, I’m pretty tough. I’m a street fighter. They would have had a battle on their hands.”

Pelosi, 81, also gestured to the four-inch-high stiletto heels she was wearing.

“I would have had these” as weapons, she said.

Pelosi’s comments caused more than one snicker on Twitter.

😂😂😂 #ThugLife @SpeakerPelosi thinks she’s a street fighter. But watching this video of her struggling to get up makes me think otherwise. This article is great for a laugh! 😂😂😂https://t.co/GoLpILhTcz https://t.co/1HChKpfXiq

Nancy Pelosi said she would have fought the Capitol rioters if they found her: ‘I’m a street fighter’ https://t.co/SSSSQhXAq9

I can’t wait for the Nancy Pelosi: Street Fighter movie!

Pelosi’s office was the target of vandals. The speaker herself was among those evacuated from the House floor when the first rioters breached security and entered the Capitol.

Pelosi said the incursion has cast a long shadow on those who, unlike her, were not cloaked in layers of protective security.

“I was never personally afraid because I had so much security for myself,” she said.

“I was afraid for everybody else, and I’ll never forgive them the trauma that they caused to the staff and the members,” she said, saying that some members are still dealing with the aftereffects of the hours when rioters roamed the Capitol.

“I do think it will have an impact on how people decide to come to work here or stay to work here and the rest,” she said.

Pelosi has said that revenge should be taken against any members of Congress whose words and actions could be construed as to have helped the rioters.

“If, in fact, it is found that members of Congress were accomplices to this insurrection — if they aided and abetted the crime — there may have to be actions taken beyond the Congress, in terms of prosecution for that,” she said in January, according to The Hill.