Pelosi Weighs in on Court Packing Legislation, Say She Does Not Support, Prefers Biden’s Study Group 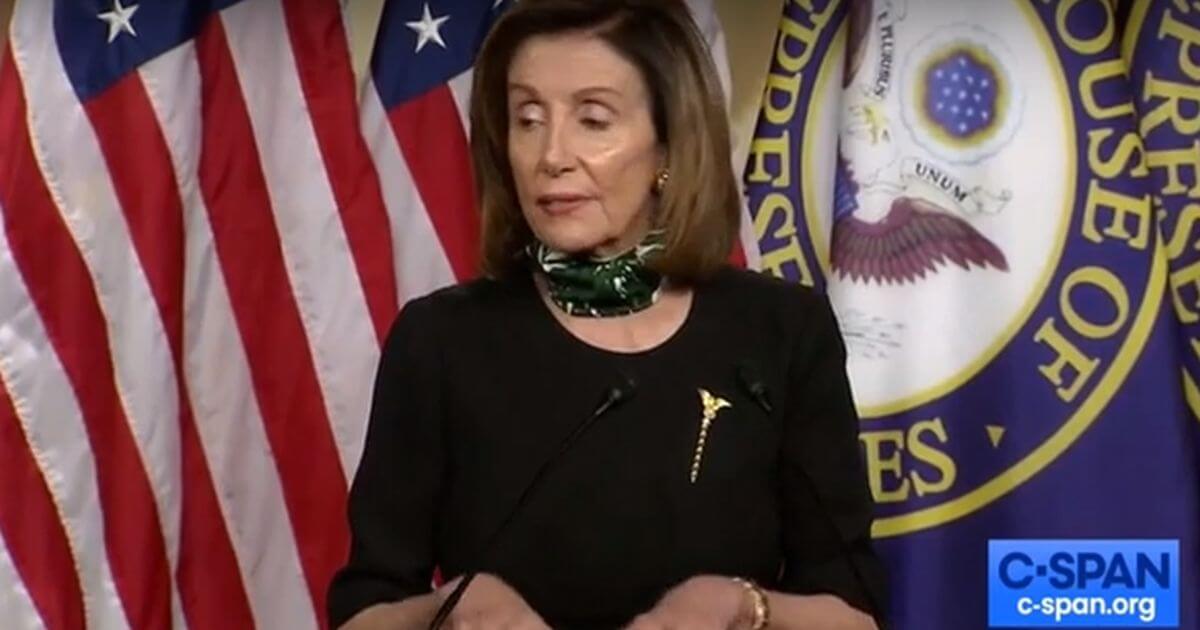 Speaker of the House of Representatives Nancy Pelosi on Thursday said she does not support proposed legislation to add seats to the U.S. Supreme Court and favors President Joe Biden’s approach of having a bipartisan commission study potential court reforms.

This comes after news that a group of House Democrats are about to introduce legislation expanding the Supreme Court from nine justices to thirteen in an attempt to pack the court and eliminate the current conservative leaning majority, as Fox News reports:

Supporters of the proposal plan to hold a news conference on the steps of the Supreme Court building. They include U.S. Sen. Ed Markey of Massachusetts and U.S. Reps. Jerry Nadler and Mondaire Jones, both of New York, and Hank Johnson of Georgia.

Given Democrats’ control of the White House and Senate, the legislation could allow the party to supersede the court’s current conservative majority by “packing” the Court with liberal justices.

Some Republicans quickly derided the proposal.

“Does expanding the Supreme Court count as infrastructure too?” Rep. Jim Jordan, R-Ohio, wrote on Twitter.

“Imagine if we reduced the number from nine to five and just kept the Republicans. You guys would go crazy,” Jordan added, according to the Washington Times.

Will Dems succeed in packing the Supreme Court?

“The idea of packing the Supreme Court is so dangerous, we have to address it now,” Johnson wrote.

Spokespeople for the Democratic backers of the proposal did not respond Wednesday night to Fox News’ requests for further details.

The legislation will propose expanding the court to 13 justices, from nine, The Intercept reported Wednesday.

The Supreme Court has had nine justices since the 19th century, though the number of justices is not specified in the Constitution.

Democrats barely “won” the last election yet many of them are acting like their party won a huge mandate to permanently change the country and they are ramming their stuff through going full speed ahead.

Candace Owens had her own warning about the desire of many Democrats to pack the Supreme Court with left leaning justices, as Marmee Rooke reports:

“Firebrand conservative Candace Owens tweeted her own warning on Democrats latest attempt at court-packing. Owens said now that “it has been unveiled that the Democrats are planning to pack the Supreme Court,” the upcoming legislation “needs to be fought tooth and nail.”

Candance Owens continued her warning saying, “If [the Democrats] get this, Democracy in this country will become an illusion. America will pivot quickly into a socialist dictatorship. Left or Right – WAKE UP.”

Conservatives aren’t the only ones sounding the alarm over the reckless idea of packing the Supreme Court.

Democrat-appointed Justice Stephen Breyer recently spoke out against many Democrats desire to pack the Supreme Court. The Justice, 82, warned against adding seats to the Supreme Court when speaking in a Harvard Law School webcast lecture, the NY Post reported.

Justice Breyer warned the attendees that packing the court would diminish “the trust that the court has gradually built.” The Justice said, “What I’m trying to do is to make those whose instincts may favor important structural change or other similar institutional changes such as forms of court-packing to think long and hard before they embody those changes in law.”

The two warring sides of the political elites are about to start the battle over the Supreme Court. If there was ever a time to call your Senators and Congressmen – both Republican and Democrat – to tell them how to vote, now is that time.”

Asian Man Kidnaps, Attempts to Rape Woman He Thought Was White in Retaliation for Hate Crimes