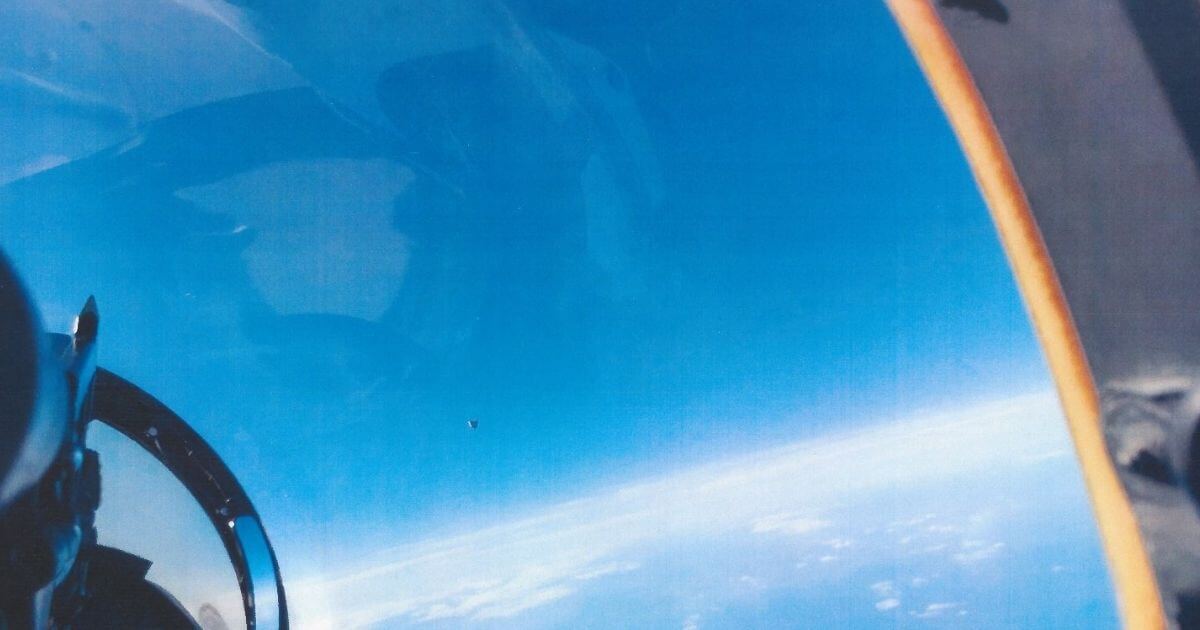 The Defense Department confirmed Thursday that leaked photos and video of “unidentified aerial phenomena” taken in 2019 are legitimate.

“As we have said before, to maintain operations security and to avoid disclosing information that may be useful to potential adversaries, DOD does not discuss publicly the details of either the observations or the examinations of reported incursions into our training ranges or designated airspace, including those incursions initially designated as [Unidentified Aerial Phenomena],” Gough said.

The Unidentified Aerial Phenomena Task Force has also “included these incidents in their ongoing examinations,” according to Gough.

The UAP Task Force was created by the Department of Defense last August to “detect, analyze and catalog UAPs” that could potentially threaten national security.

The photos and video have been circulating online since last year but were published by Mystery Wire and Extraordinary Beliefs last week.

The Navy drafted guidelines last year for pilots and personnel to report encounters with “unidentified aircraft” in response to a series of sightings, Politico reported.

“There have been a number of reports of unauthorized and/or unidentified aircraft entering various military-controlled ranges and designated air space in recent years,” the Navy told Politico.

“For safety and security concerns, the Navy and the [U.S. Air Force] takes these reports very seriously and investigates each and every report.”

It added, “The Navy is updating and formalizing the process by which reports of any such suspected incursions can be made to the cognizant authorities.”

“Right now, we have situation in which UFOs and UAPs are treated as anomalies to be ignored rather than anomalies to be explored,” former Pentagon intelligence officer Chris Mellon said.

“We have systems that exclude that information and dump it.”

In another recent sighting, an American Airlines pilot reported seeing a “long cylindrical object” over New Mexico during a flight in February and the FBI’s Albuquerque office said it was “aware of the reported incident,” according to the New York Post.

The pilot was bound for Phoenix from Cincinnati on Sunday afternoon when the flight crew spotted the unusual object flying overhead, according to a radio transmission intercepted by self-described “stealth chaser” Steve Douglass on his blog, Deep Black Horizon.

“Do you have any targets up here? We just had something go right over the top of us,” the pilot asked Federal Aviation Administration traffic controllers, according to the blog.

“I hate to say this but it looked like a long cylindrical object that almost looked like a cruise missile type thing — moving really fast right over the top of us.”

NFL Legend Brett Favre Wants Politics Out of Sports... "I want to watch a game!"