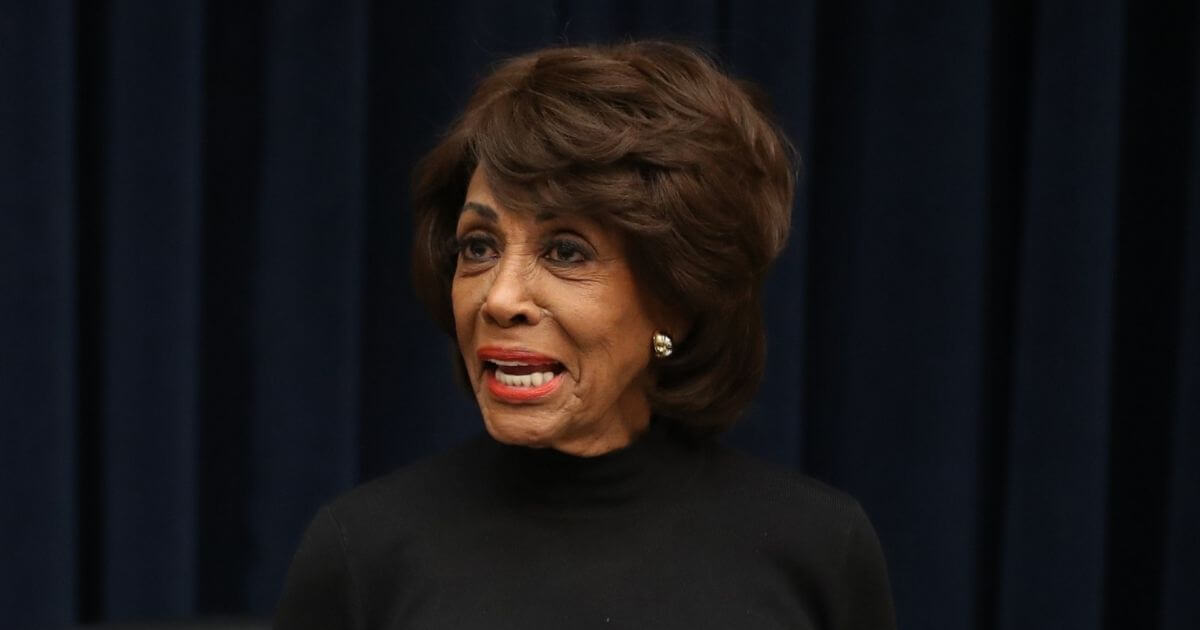 If anti-police protesters don’t get what they want from the justice system, they need to become “more confrontational,” Democratic Rep. Maxine Waters of California said Saturday.

Waters attended an anti-police protest in Brooklyn Center, Minnesota, which on Saturday marked a week of protests over last Sunday’s police shooting of Daunte Wright. Wright, 20, who is black, was shot by police as they sought to take him into custody.

The shooting came amid sky-high tensions related to the ongoing trial of former Minneapolis police officer Derek Chauvin, who has been charged with both murder and manslaughter in connection with last year’s death of George Floyd. Closing arguments in the Chauvin trial are scheduled for Monday.

Waters said that protestors against the police are seeking justice.

“I’m going to fight with all of the people who stand for justice,” she said, according to Fox News. “We’ve got to get justice in this country and we cannot allow these killings to continue.”

When asked about the Chauvin trial, which has drawn protesters since its beginning, she said that protests need to be stepped up if the trial does not go the way anti-police activists want.

The call to action seemed to some to be an incitement of violence:

They want to tear us apart.

“’We gotta stay on the street,’ Waters was recorded saying, adding that protesters needed ‘to get more confrontational’ & they should ignore the curfew in place.” https://t.co/PWW7YNDbKR

Why is Maxine Waters traveling to a different state trying to incite a riot? What good can come from this? https://t.co/nXzV0trmN3

Maxine Waters should be arrested and charged with domestic terrorism https://t.co/UUSRfMImZn

Waters said protesters must make it clear that their demands need to be met — or else.

“This is a very difficult time in the history of this country,” Waters said, according to MSN. “We have to let people know that we are not going to be satisfied unless we get justice in these cases.”

Although Brooklyn Center has imposed a curfew as a way to limit violence, Waters mocked it, while also obeying it by leaving the protest before the curfew took effect.

Maxine Waters comes to the Brooklyn Center protests and makes bold to proclaim she’s not afraid of the curfew. She then states she’ll be bravely running away and not staying past curfew though she hopes the protest will continue. pic.twitter.com/jGoNBD00dD

Before leaving, she urged others to keep protesting.

“I came here from Washington, just to be here, to make sure that I let my voice be heard among all of those who have spent so much time on the streets. And so I’m hopeful that the protests will continue,” she said.

Waters said protesters also need to ensure their voices are heard at the polls.

“The way to get in control is not to allow them to win,” she said.

"It is our right to look at Dominion's source codes"